The government has announced an ambitious goal to switch to electric cars by 2030 and phase out diesel and petrol cars. Significant initiatives are being taken to achieve this objective, including the launch of the National Electric Mobility Mission Plan.

To understand the challenges of the proliferation of electric vehicles (EVs) and its impact on the grid, as well as to recommend the strategy for EV penetration, the project management unit (PMU) at the National Smart Grid Mission (NSGM) recently released a white paper, “Electric Vehicles in India and its Impact on Grid”. A look at the key insights…

Road EVs include a large range of vehicles, from electric two-wheelers and three-wheelers (rickshaws) to cars and buses. In addition, plug-in EVs can be classified into two types: battery electric vehicles (BEVs) and plug-in hybrid electric vehicles (PHEVs). BEVs have an electric motor in place of a combustion engine and use electricity from the grid stored in batteries. PHEVs use batteries to power an electric motor and liquid fuel such as gasoline or diesel to power an internal combustion engine or other propulsion source. EVs can go beyond the above-mentioned technology-based classification and can be categorised on the basis of attributes such as charging time, driving range and the maximum load they can carry. Of these attributes, the two most important characteristics of an EV for the consumer are: driving range (the maximum distance an EV can run when fully charged) and battery charging time (the time required to fully charge the battery).

Traditionally, EVs have used lead-acid batteries due to their mature technology, easy availability and low cost. More recently, batteries using a combination of lithium-ion and its variations have been gaining widespread acceptance due to benefits such as better efficiency, reduced weight, lower charging time, better power output, longer lifetime and reduced environmental implications from battery disposal. Lithium-ion batteries have a higher specific energy compared to other battery types. In the future, innovations with lithium-ion and other battery technologies are expected to result in batteries with much higher specific energy and lower costs.

In low-power applications, the power conditioning, which includes alternating current (AC) to direct current (DC) conversion; the power control unit, which delivers a variable DC voltage to the battery; and various filtering functions are all carried out within the charger and can be implemented at a relatively low cost. The battery management system is tightly integrated with the battery. It monitors the key battery operating parameters of voltage, current and temperature, controls the charging rate to provide the required constant current/constant voltage charging profile, and triggers the protection circuits if the battery’s operating limits are exceeded, isolating the battery if needed.

Some of the policy-related challenges highlighted in the paper are choosing and instituting policy instruments to promote EVs, setting up infrastructure, incentivising automobile manufacturers to produce EVs and encouraging consumers to switch to EVs.

The paper adds that the deployment and scaling up of EVs in urban areas depends largely on the quality and access of charging infrastructure and facilitation of a supply chain for charged batteries. Charging infrastructure includes low speed charging stations in homes and workplaces as well as fast charging points located in public areas including shopping malls, petrol pumps, public parking areas and mass transit stations. Globally, several city governments have introduced plans and policies to improve EV infrastructure.

Under the agreement, BlueSG Pte Limited, a subsidiary of the Bolloré Group, will operate the programme for 10 years and install an island-wide EV charging infrastructure of 2,000 charging points, of which up to 20 per cent will be available for public use. Compared to privately owned EVs, EV shared-car fleets have the potential to reap economies of scale with a higher daily mileage and potentially lower running costs. Fleet-based trials involving e-taxis and e-buses will also be conducted.

Singapore will adopt the Type 2 AC and Combo 2 charging systems according to the IEC 61851 series and 62196 series for new charging stations installed on publicly accessible premises, starting from August 1, 2016. All 2,000 charging points will comply with this standard. The Type 2 charging standard, which is a European charging interface, is compatible with both single-phase and three-phase power supplies, which allows for normal and semi-fast charging of EVs.

Some of the key highlights of the National Electric Mobility Plan, 2020 are:

Thirteen of the 20 cities with the highest air pollution globally are in India. It is envisaged that a low carbon scenario with the “highest” EV penetration shows a 50 per cent drop in PM2.5 by 2035. Master plans for most cities in India target 60-80 per cent public transport ridership by 2025-30.

With the government targeting 100 GW of solar power by 2022, EVs can improve reliability and utilisation of renewables by acting as a storage facility. However, there needs to be proper planning with regard to monitoring and control of the charging infrastructure as an unplanned increase in the penetration of EVs in an area can lead to an increase in the peak load of the already stressed distribution network.

Large-scale penetration of EVs will require both demand-side incentives (tax) and improved charging infrastructures as well as integrated planning for distribution grid management. EVs offer the opportunity to act as a distributed storage facility in the urban energy system, which could help in better integration of intermittent renewables such as wind and solar, and can feed the grid at peak timings if price incentives are designed in terms of dynamic tariff as part of the smart grid implementation.

According to the PMU, some of the key recommendations are:

Other initiatives that may help scale up EVs in cities include local plans for EVs, subsidies, dedicated parking and related incentives, use of information technology to locate charging stations, collaboration with private companies, as well as public car-sharing and leasing facilities. 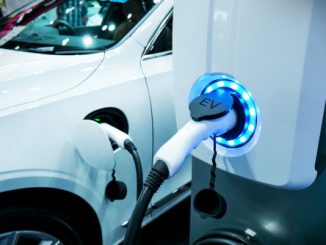 June 2, 2022
Electric mobility is leading the de­car­bonisation of India’s transport se­ctor. The country’s EV revolution is expec­ted to [...]
More 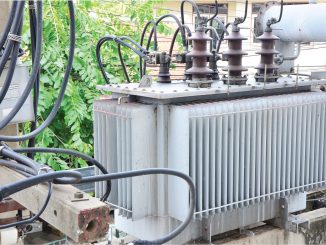 February 14, 2018
Technological advancements and innovations are transforming the electricity distribution landscape of utilities across the world. This is [...]
More