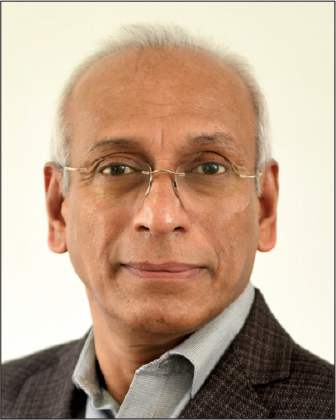 The Kyoto Protocol of 1997 mandated emission reduction targets only for developed nations while allowing developing countries with low per capita emissions to take a voluntary approach towards their emission reduction targets from a “climate justice” standpoint. Noth­ing substantial has been achieved of the agreed emission reduction commitments made by developed nations nor has the promised assistance ($100 billion per year) to developing countries been delivered. However, what is heartening is the major technological developments that have taken place in renewable energy and energy storage (lithium-ion batteries) in the past two deca­des, which are making it attractive for all countries to adopt low-carbon development pathways. Globally today, solar and wind power are cheaper than electricity produced from new coal-based power plants. Countries like India that are likely to face serious repercussions due to global warming should decarbonise their energy sector on a fast track. While several recently published reports and studies have proposed a “net zero” emissions goal for India by 2050, 2060, 2070, etc., this paper recommends a clearly achievable action plan to decarbonise the power sector at marginal or no additional investments.

The lion’s share of India’s energy requirement is currently met by fossil fuels. According to the International Energy Agency (IEA) Energy Outlook 2021, the share of coal in India’s energy mix has gone up from 33 per cent in 2000 to 44 per cent in 2021. Coal consumption in the existing policy scenario is ex­pected to increase from 590 million tonnes (mt) in 2019 to 772 mt by 2040. Similarly, India’s oil demand is expected to in­crease by 74 per cent to 8.7 million barrels per day by 2040 un­der the existing policy scenario. With the increased consumption of coal and oil, greenhouse gas (GHG) emissions have also increased by 46 per cent between 2013 and 2020. This is a major concern considering the nationally determined contribution (NDC) target committed to under the Paris Agreement at  33-35 per cent reduction in emission intensity by 2030 over the 2005 levels. Therefore, to reduce GHG emissions and achieve the NDC target of 40 per cent non-fossil fuel share in total power generation, the Government of India has set a new target of 450 GW1 of renewable energy by 2030. This consists of 280 GW of solar, 140 GW of wind, and 30 GW of small-hydro, biomass, and other resources.

According to the latest IEA projections, India’s power system is set to grow from its present capacity of 395 GW to 823 GW by 2030, and to 1,584 GW by 2040. Out of 1,584 GW, 869 GW is ex­pec­ted to be contributed by renewable energy sources. Con­side­ring this large share of renewable energy in the generation portfolio, the IEA estimates a flexibility of ±85 per cent for India’s po­wer system by 2040, which will be a huge challenge to manage. All grid modernisation efforts being undertaken henceforth sh­o­uld be designed to enhance the flexibility of the power system.

The scenario described above underscores the urgency for India to adopt a pragmatic energy transition strategy and a well-de­fined roadmap to accelerate the scaling up of renewable energy sources to meet the country’s increasing power requirements as well as to phase out coal plants and diesel generator (DG) sets. The energy transition strategy should be developed with the aim of achieving the following goals: increased renewable energy supply and use; reduced use of coal and oil; increa­sed electrification in the areas of mobility, cooking and agriculture; increased use of renewables for mobility; increased energy efficiency; and dynamic renewable energy markets.

The key approaches for achieving the above objectives are briefly described in the following paragraphs.

In this process of energy transition, with more and more distributed energy resources being connected to medium voltage and low voltage grids, the real action is moving from generation and transmission utilities to distribution utilities. Hence, distribution utilities need to undergo a 360-degree overhaul, from their technological capabilities to their managerial and financial expertise. The distribution grid needs to be modernised through the adoption of advanced technologies that support the bidirectional flow of electricity; monitor and control power flows in real time at the appliance level; and leverage artificial intelligence, machine learning and robotics to process the humongous amounts of data gathered in real time to optimise operations and to predict events. Today’s technologies could achieve all that has been described above if we have the will to follow through as well as a meticulous  roadmap to steer us forward.

Wider Scope: Increasing role of microgrids in the industry

Microgrids have emerged as one of the key technologies in the ongoing energy transition. A microgrid is a small, independent energy network, which can provide electricity to local communities. It consists of interconnected loads and […]

India has set a target of net zero by 2070, alongside other emission targets for 2030. Further, in the recently updated nationally determined contribution, the country has committed to having non-fossil fuel-based energy sources to […]

Shift in Strategy: Examining the auction design and approach for the renewable energy market

Over the past decade and a half, I have published three books that represent three stages in India’s journey towards clean and green energy. The first one, Decentra­li­s­ed Energy Planning – Metho­do-logy and Case Studies, published in 1991, is based on my experien­ce of setting up and operatio­nali­sing the Maharashtra Ener­gy De­ve­lo­pment Agency in 1986. […]