Owing to favourable power prices in the short-term market, major buyers like industrial and commercial consumers as well as power discoms contracted power through this route in the past year to achieve cost optimisation. The prices at the power exchanges reported a decline of almost 8 per cent over the previous year, falling from Rs 2.72 per kWh in 2015-16 to Rs 2.50 per kWh 2016-17. The price of bilaterally traded power also declined 14 per cent, from Rs 4.11 per kWh in 2015-16 to Rs 3.53 per kWh in 2016-17. A significant increase in power generation capacity as well as interregional transmission capacity for transferring electricity from power-surplus regions to those with high levels of energy deficit has been one of the key reasons for the depressed power prices during the past few years.

However, the spot power market recently witnessed volatility as power prices rose sharply to Rs 3.13 per kWh in August 2017 and Rs 4.11 per kWh in September 2017 due to an uptick in demand coupled with the shortage of power supply. In fact, on September 13, 2017, the spot prices shot up to Rs 9.91 per kWh during one 15-minute time block owing to a severe supply shortfall. However, according to industry experts, this surge in prices is a temporary phenomenon. As per India Ratings and Research, “The presence of large unutilised capacities is unlikely to lead to any significant exchange price volatility, despite any future increase in demand at a higher energy tariff. Also, this situation (spike in prices) could have been averted with proper planning by distribution companies and tying up of power over short and medium terms as opposed to accessing the day-ahead market for bridging the gap.”

Interstate trading licensees have been undertaking electricity trading since 2004. As of March 2017, 33 interstate trading licensees were registered with the Central Electricity Regulatory Commission (CERC). The trading volume, however, declined in 2016-17 by 5.7 per cent to 33.5 BUs from over 35 BUs in 2015-16. This was because the price of electricity traded through traders was higher as compared to the price at the exchanges. In 2016-17, the price of power traded through licensees stood at Rs 3.53 per kWh, about Re 1 per kWh higher than the price at the exchanges.

In 2016-17, 25 licensees undertook electricity trading. Among these, PTC India Limited accounted for a majority share of over 31 per cent in terms of electricity volumes traded. The competition among the traders resulted in an increase in volume and a decrease in the price of electricity transacted.

During April-May 2017, around 5,930 MUs of electricity was traded through licensees at an average price of Rs 3.50 per kWh.

The electricity traded at the two power exchanges, the Indian Energy Exchange (IEX) and Power Exchange India Limited (PXIL), increased from 35 BUs in 2015-16 to 41 BUs in 2016-17, marking an impressive growth of 17.4 per cent. The ease of transactions and transparency offered by power exchanges has led to their rapid growth in recent years. Among the two exchanges, the IEX accounts for a majority share of 98.5 per cent in terms of electricity volumes traded. Meanwhile, due to the successive losses of PXIL, its shareholders have reportedly proposed to shut it down. 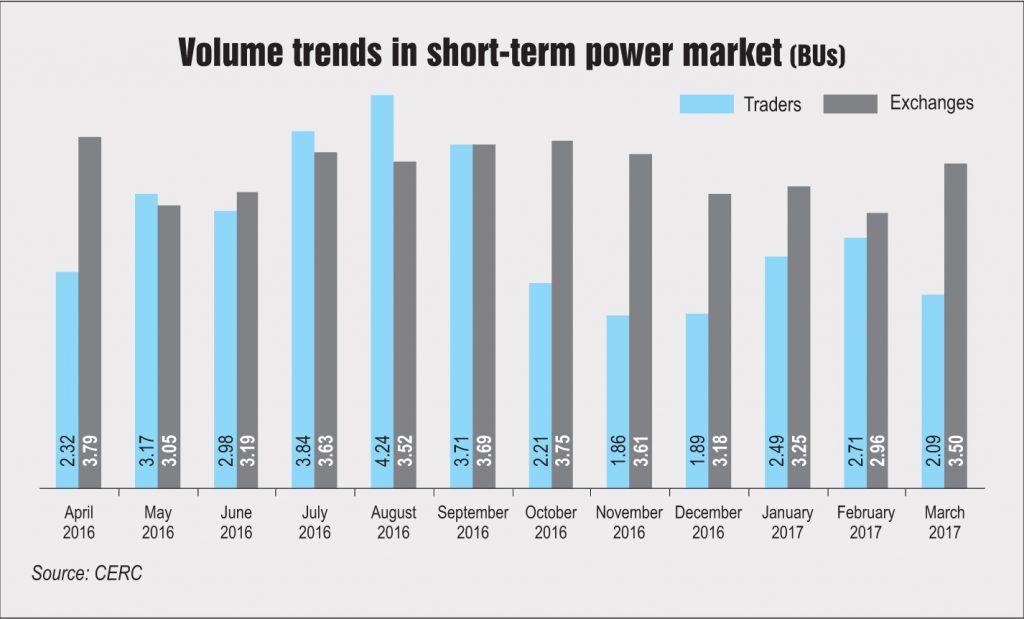 Renewable energy certificates (RECs) are traded on the power exchanges on the last Wednesday of every month. In 2016-17, about 6.5 million RECs were traded, an increase of 31 per cent from the 5 million RECs traded in the previous year. 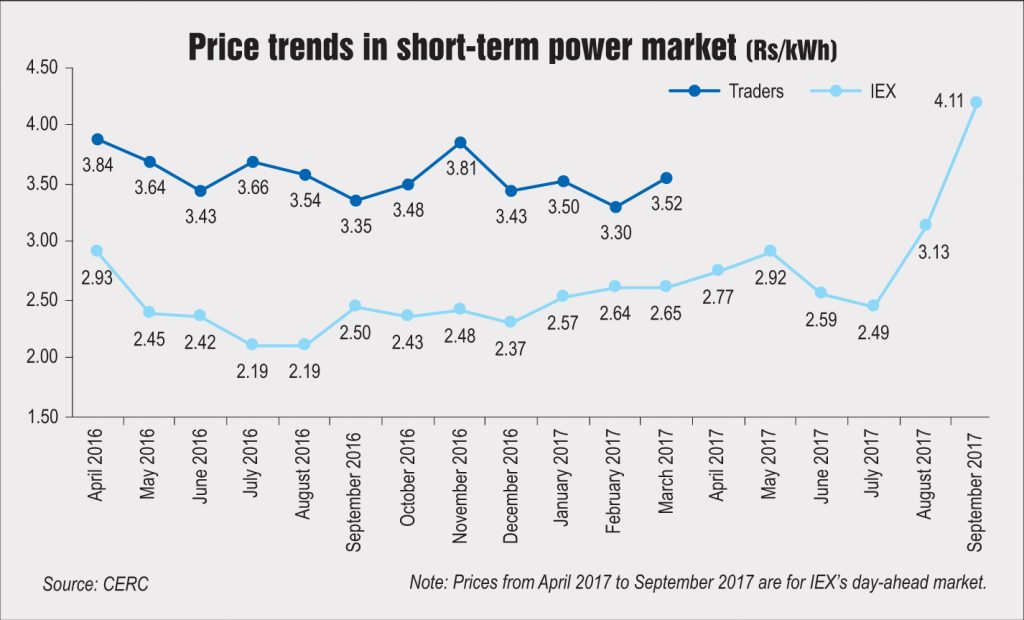 Congestion in the transmission network limits the volume of electricity transacted through the power exchanges. This is because transmission planning at present is carried out on the basis of long-term requirement and not for the medium or short term. Although the volume of uncleared electricity has shown a declining trend, it is still substantial. This volume stood at 1.52 BUs during 2016-17, down from 2.16 BUs in 2015-16. Therefore, there is a need to augment the inter- and intra-regional transmission networks to reduce congestion. Besides, challenges in open access implementation are hampering short-term transactions. The reluctance of discoms to provide open access to industrial and commercial consumers is a major hindrance to power trading. Also, several states have high cross-subsidy surcharge that makes power procurement from other sources unviable.

Going forward, the share of the short-term market in the country’s total power generation is expected to increase. In 2016-17, it accounted for 10 per cent share in the total electricity generated in the country (1,158 BUs). The share of unscheduled exchange is expected to come down while the share of bilateral trading and power exchanges in volumes traded is likely to increase. According to industry experts, the prices of short-term power are expected to range between Rs 3 per kWh and Rs 3.50 per kWh in the medium term. The evolution of the price discovery mechanism to the more efficient and transparent DEEP (Discovery of Efficient Electricity Price) portal may further drive growth in the short-term power market. 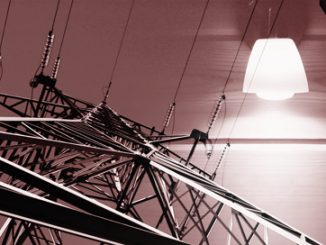 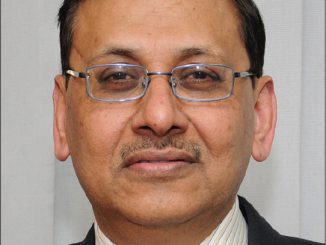 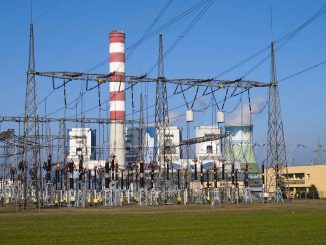 June 19, 2017
A growing number of industrial and commercial consumers, who had long been reeling under high utility tariffs [...]
More