Of CESC Limited’s total installed capacity of 1,125 MW, the Budge Budge Generating Station (BBGS) contributes 750 MW. The plant has three units, which were commissioned in 1997, 1999 and 2010 respectively.

In the past three years, CESC has executed multiple energy savings projects at BBGS. One of the most significant of these has been the installation of variable frequency drives (VFDs) in primary air fans at Units 1 and 2 at an investment of Rs 51.9 million. This has resulted in the benefit of 9 MW per hour per day per unit and the payback for the investment was 36 months.

Another project involved the speed modification of the boiler feed pump hydraulic coupling in Units 1 and 2, entailing an investment of Rs 28.5 million, which led to savings of 17 MW per hour per day per unit with a payback period of seven months. The total loss in coupling before this modification in Units 1 and 2 was 1,148 kW, which reduced to 430 kW post modification. here was also a reduction made in the differential pressure across the feed control station of Unit 3. Without involving any investment, this initiative led to a benefit of 6 MW per hour per day. Some of the other measures that the unit undertook for energy savings were the installation of eight low tension (LT) VFDs, restricted use of service air compressors, and replacement of Unit 3 demineralised cooling water pumps with energy-efficient pumps. 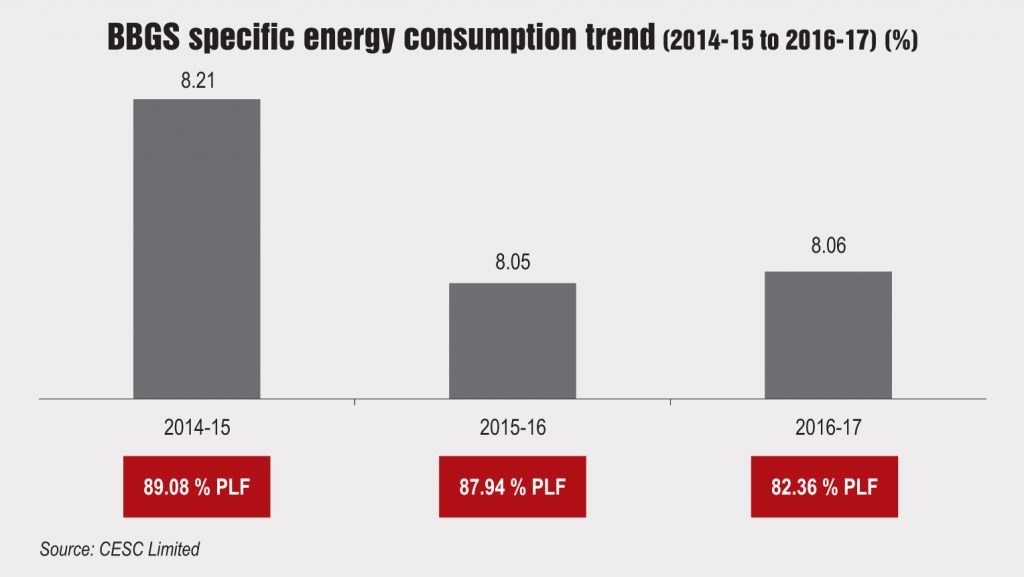 Gujarat Industries Power Company Limited (GIPCL) was incorporated in 1985 and its present capacity is 929.4 MW comprising thermal, gas and renewable-based power plants. The company’s gas-based combined cycle power plant is located in Vadodara and has an installed capacity of 310 MW. Of this, Station I with a capacity of 145 MW was commissioned in March 1993, whereas the 165 MW Station II was commissioned in February 1998. The Vadodara plant was included in the Bureau of Energy Efficiency’s PAT Cycle I.

To meet the targets set under the scheme for the assessment year 2014-15, the company executed various energy conservation projects at the Vadodara plant from 2011-12 to 2013-14. One of the key initiatives taken during this period was optimisation of the heat recovery steam generator’s efficiency by inserting an HP economiser to save 0.80 MUs of electrical energy yearly. The uprating of hot gas path components of gas turbine 2 and 3 helped the plant realise 1.15 mscm of annual thermal savings. It also modified the HP feed water pump with stage reduction and integrated the low pressure feed water extraction facility to meet the challenges of the technical minimum loading operation of station. This initiative led to an annual electrical savings of 0.82 MUs.

Another key measure that the company undertook for the plant was changing the blade angle of the fiberglass reinforced plastic fan to increase the effectiveness of the cooling tower in Station I, which resulted in annual electrical savings of 0.65 MUs. It also replaced the capacity electrical motor-driven exhaust blower by turbo ventilator in the plant area, leading to 0.31 MUs of annual electricity savings.

As a result of these initiatives, the plant more or less achieved the target set under PAT, achieving an SEC of 2,179 kCal per kWh against the target 2,166 kCal per kWh.

As of date, JSW Cement has four cement plants at Vijayanagar in Karnataka, Nandyal in Andhra Pradesh, Dolvi in Maharashtra and Salboni in West Bengal. These plants have a design annual production capacity of 12.7 million tonnes per annum (mtpa), of which the Nandyal project has the maximum capacity of 4.8 mtpa.

Some of the key issues impacting the Nandyal plant were the increase in fuel cost (almost 30 per cent), increase in the power purchase unit cost (by nearly 40 per cent), limited open access power availability, as well as declining equipment efficiency.

As clinker is the most energy and CO2 intensive component of cement, blended alternatives with lower clinker-to-cement ratios are an effective way of reducing energy consumption. Thus, another strategy implemented was increasing the blended cement dispatches. Further, the clinker factor in the plant was reduced from 41.64 per cent to 38.20 per cent in 2016-17 by adding more additives, without compromising on cement quality.

The future plans for the plant include coal firing line modification, optimisation of cooler, installation of solar power plants (rooftop and ground-mounted), and minimising the pressure drop across all bag filters and mill circuits, among others.

Tata Motors Limited’s Dharwad unit is the youngest plant of the Tata Motors Group. It started operations for Tata Ace Zip in March 2012 and light commercial vehicles (LCVs) in March 2014. The manufacturing capacity of Ace Zip is 150 vehicles per shift and LCV is 40 vehicles per shift. It is the first automobile manufacturing facility in India to be certified with the Indian Green Building Council Platinum Rating. The Dharwad plant follows its own set of benchmarks with regard to operations and has adopted a 5 per cent year-on-year reduction target. For 2016-17, the plant’s SEC stood at 183.3 kWh per vehicle.

One of the significant initiatives implemented by the company has been the use of renewable energy. As of May 2017, of the total energy consumed, 85 per cent was through wind power. The company has a PPA with Doddavnavar Global Energy Private Limited since September 2016, for the procurement of wind power to meet its renewable energy requirements.

Some of the key initiatives that the unit undertook during 2016-17 included installation of VFDs for dust collectors, leading to yearly savings of 165,000 kWh and installation of VFDs for water rinsing systems, which led to yearly savings of 16,800 kWh. An auto-off solution at the powder chemical coating oven was installed at the end of the shift, which has also led to significant savings (12,000 kWh). Some of the other key initiatives are optimisation of tubelights in inspection areas and the usage speed of blowers through VFDs and use of LED lights, among others. Overall, these measures led to total savings of 291,358 kWh during 2016-17.

The unit also implemented a number of renewable projects including a 17.2 kW hybrid wind and solar system, 500 litres per day solar water heater for the main canteen, light pipe for providing illumination at the admin canteen, and solar lighting system for six security cabins. Going forward, the group’s strategy is to switchover to 100 per cent renewable energy by 2020.

It is evident that even though energy efficient technologies entail higher capital costs, the energy savings accrued during their lifetime lead to significant returns. Moreover, global commitments have reemphasised the need to reduce carbon emissions and conserve energy. A planned approach is the need of the hour and can provide huge and consistent benefits in reducing energy consumption.

October 3, 2017
Coal-based power plants account for around 75 per cent of India’s thermal power generation and a significant [...]
More 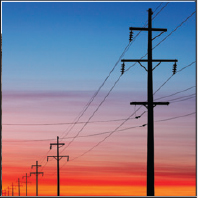 25 Events that Shaped the Sector
Change in the making

September 24, 2021
Power Line recalls the 25 most crucial events that changed the sector over the years. Events that [...]
More