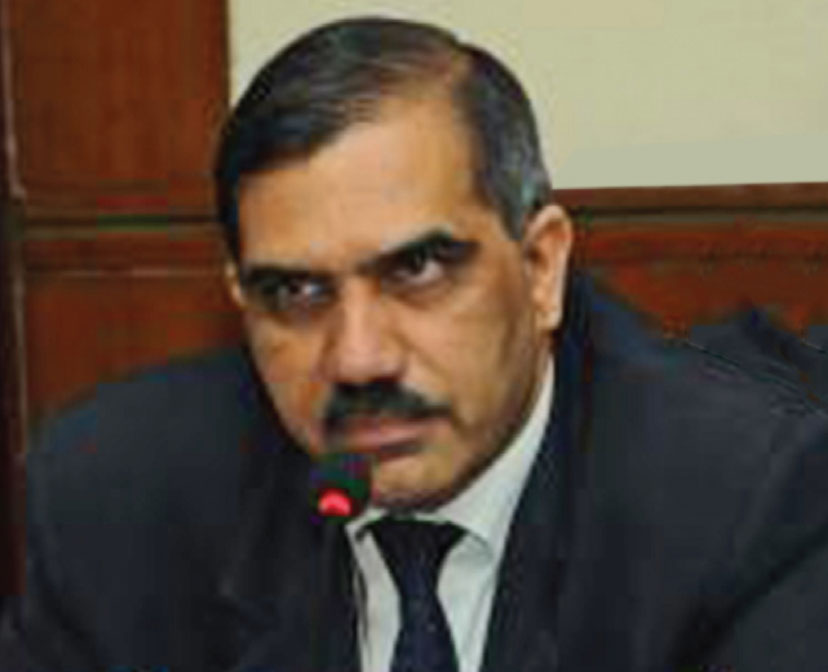 The Bureau of Energy Efficiency (BEE), the nodal agency for implementing the National Mission on Energy Efficiency, has transformed the energy efficiency market. Set up in 2001, BEE has successfully initiated several important programmes including Perform, Achieve and Trade (PAT), the lighting programme, standards and labelling (S&L) of electrical appliances, the Energy Conservation Building Code (ECBC) as well as the recently launched energy saving certificates (ESCerts) trading mechanism. In an interview with Power Line, Abhay Bakre, director general, BEE, spoke about the organisation’s key achievements and initiatives as well as plans for the future. Excerpts…

How has the role of BEE changed over the years? What have been some of the biggest achievements of the organisation in the past few years?

BEE was set up as a statutory body under the provisions of the Energy Conservation Act, 2001 at the central level to facilitate the implementation of the act. It has introduced a number of energy efficiency initiatives in the areas of household lighting, commercial buildings, S&L of appliances, demand-side management in agriculture/municipalities, small and medium enterprises (SMEs) and large industries including the initiation of the process for the development of energy consumption norms for industrial sub-sectors, capacity building of state-designated agencies, etc. BEE has been extensively involved in the promotion of energy efficiency in all sectors of the economy by regulating and mandating many schemes. It is now focusing on the enforcement mechanisms for which stakeholder consultation is being done.

How has the energy efficiency market evolved over the past few years?

Under the Paris agreement, the government has focused on achieving its commitments for reducing carbon emissions, and significant progress has been made under the energy efficiency policies. BEE aims to deliver the maximum benefit on the social and economic front with the help of various policy interventions. At the same time, the rise of sophisticated energy efficiency technologies and smart grids has brought control into the hands of our customers. BEE’s various energy conservation schemes are yielding positive results. Some of the major programmes that have led to market transformation towards energy efficiency are PAT, a market-based mechanism to enhance the cost effectiveness of improvements in energy efficiency in energy-intensive large industries; market transformation for energy efficiency, a mechanism that accelerated the shift to energy efficient appliances in designated sectors through innovative measures to make products more affordable; Energy Efficiency Financing Platform, which created a mechanism through the signing of MoUs with financial institutions to help finance energy efficiency projects; Framework for Energy Efficient Economic Development, which focuses on developing fiscal instruments to promote energy efficiency; and S&L, which promotes energy efficiency in appliances. BEE has introduced many energy efficiency initiatives in household lighting, commercial buildings, S&L of appliances, and demand-side management in agriculture/municipalities, SMEs and large industries. The target of energy savings under these schemes for the Eleventh Plan period was 10,000 MW of avoided generation capacity. These initiatives resulted in an avoided generation capacity of 10,836 MW during this period.

What are the next steps planned with regard to trading of ESCerts issued for the first PAT cycle?

The next step in ESCert trading is to explore the expansion of its market base by integrating with the other schemes of energy efficiency, through which ESCerts can become an instrument to reward energy saving.

What are the changes that have been incorporated in PAT Cycle 2 based on the learnings from Cycle 1?

There have been a lot of learnings from the first cycle of PAT. Various timelines for comprehensive monitoring, reporting and verification have been extended for future cycles. Focus is also being laid on the quality of the audit verification reports submitted by the auditors. There have been changes in the target-setting and baseline-setting methodology.

What are the key features of ECBC 2017? How will it help in reducing carbon emissions?

Building energy codes stipulate the minimum energy performance levels for buildings. Updates to these codes are made to push the minimum levels higher, which would synchronise the code with advances in performance of energy efficient building technologies. Synchronisation with parallel policies, primarily for renewable energy and energy efficiency, is also done. Energy efficient technologies and materials that were aspirational in preceding years are now commonly available in the Indian market. Alignment with the current market scenario and technologies was thus a focal point for the development of ECBC 2017. Additional priorities were renewable energy integration, ease of compliance, inclusion of passive building design strategies and flexibility for the designers. ECBC 2017 has made some notable additions.

Further, ECBC 2017 is one of the first building energy codes to go beyond code performance. One of the major updates to the code is the inclusion of incremental, voluntary energy efficiency performance levels. There are now three levels of energy performance standards in the code. In ascending order of efficiency, these are ECBC-compliant buildings, ECBC+ buildings and Super ECBC buildings. Fulfilling requirements stipulated for the ECBC level of efficiency is necessary for demonstrating compliance with the code. The other two are voluntary. Subsequent updates in the ECBC will be focused on making ECBC+ and Super ECBC buildings the baseline of energy efficient buildings in the country. This feature was added to give notice to the building industry about the baseline building energy efficiency standards in the coming years and give the market time to adapt. Also, performance standards of the updated code are designed by testing their applicability to 16 different building types. These building typologies are derived from the National Building Code.

Further, passive design strategies like daylight, shading, low energy comfort systems, and natural ventilation are given importance in ECBC 2017. The objective is to encourage design with passive strategies as the norm for buildings in India. Building energy codes hinge on climate-responsive buildings that use local natural resources and climatic conditions to their advantage. Passive design strategies are one of the most effective methods to ensure that building designs and technologies are sensitive to the surroundings.

How are the schemes for S&L progressing?

The S&L scheme is a flagship initiative of the Ministry of Power. The key objective is giving consumers an informed choice regarding energy savings and thereby, the cost-saving potential of various energy-consuming appliances. The scheme started in 2006 with the star rating of various appliances in the voluntary phase. Subsequently, the S&L programme was made mandatory for four appliances in 2010 – distribution transformers, room air conditioners, tubular fluorescent lamps and frost-free refrigerators. In 2016, star labelling was made mandatory for four more appliances – direct cool refrigerators, colour televisions, storage-type electric water heaters and cassette air conditioners. Currently, the S&L scheme covers the star rating for 21 appliances, of which eight are in the mandatory domain and the remaining 13 appliances are in the voluntary domain.

With continuous efforts, BEE has successfully scaled several milestones. There has been a transition of appliances from the voluntary to the mandatory regime. There has also been a revision in the energy consumption standards for direct cool refrigerators, room air conditioners, distribution transformers and storage-type electric water heaters, with a view to bring more energy efficient appliances into the market. BEE has also done commendable work to spread awareness about the S&L programme among consumers via various media (digital, print and television). The awareness activities include the release of advertisements regarding the change in star labels for new air conditioners, frost-free refrigerators and BEE star-labelled LPG stoves through the Bijli Bachao, Desh Banao advertisement. BEE has also been broadcasting a radio programme,  Bachat ke Sitare Dost Humare, six days a week. It has initiated a unique retail salesmen training programme, called the National Retailer Training Programme, on S&L, under which several workshops have been conducted over a period of time in various cities, and about 2,500 retailers have been trained.

What are BEE’s top priorities over the next two to three years?