There is a growing emphasis on developing a robust transmission and distribution (T&D) network in the country in the backdrop of rising demand for reliable power, large-scale grid integration of intermittent renewable energy and the centre’s focus on achieving “Power for All” by 2018. Several government initiatives and programmes support investment in network strengthening and upgradation. This includes the Integrated Power Development Scheme (IPDS), the Deendayal Upadhyaya Gram Jyoti Yojana (DDUGJY), Power for All and the Green Energy Corridors (GEC). These initiatives spell a huge opportunity for the cables and conductors market.

The government launched the IPDS and the DDUGJY to focus on strengthening the sub-transmission and distribution infrastructure in urban and rural areas respectively. As per government estimates, components such as conductors, cables (including aerial bunched [AB] cables and underground [UG] cables), smart meters, towers and transformers account for nearly 80 per cent of the supply cost of sub-transmission and distribution projects under the DDUGJY and the IPDS.

According to official estimates, the total material requirement across states under the DDUGJY is expected to include 856,134 km of aluminium conductor steel reinforced (ACSR) conductors and 13,387 km of all-aluminium alloy conductors (AAAC). Apart from this, 122,535 km of low tension (LT), high tension (HT) and UG cables would be required. Meanwhile, under the IPDS, the total requirement of ACSR/AAAC conductors is envisaged to be around 246,720 km. In addition, the quantities of 11 kV/LT AB cables and UG cables are estimated to be 68,464 km and 10,165 km respectively.

The total allocated outlay for the IPDS stands at Rs 326.12 billion (excluding the Restructured Accelerated Power Development and Reforms Programme (R-APDRP) component, which was subsumed under this scheme). Under the IPDS, the funds earmarked for HT/LT lines and UG cabling are Rs 90 billion and Rs 20 billion respectively. Further, the miscellaneous component includes Rs 50 billion dedicated to AB cables, capacitor banks, etc. As of January 2018, of the total sanctioned amount of Rs 162.48 billion for system strengthening under the scheme, only Rs 48.03 billion has been released.

Meanwhile, under the DDUGJY, the total outlay is Rs 430.33 billion, of which Rs 15.15 billion and Rs 53.5 billion have been allocated for 33/66 kV lines and LT infrastructure (including distribution transformers) respectively. As of September 2017, the total executed infrastructure under the scheme includes 8,364 km of 33 kV lines, 227,097 km of 11 kV lines and 306,482 km of LT lines. For grid-connected projects, only Rs 45 billion has been released so far, against a sanctioned amount of Rs 414 billion. Moreover, as per the Ministry of Power, the government is yet to electrify 2,217 villages under the DDUGJY by May 1, 2018. With the rural electrification mission now focused on 100 per cent household electrification (supported by the central government’s Sahaj Bijli Har Ghar Yojana [Saubhagya]), the demand for cables and conductors is expected to rise, along with investments in this segment. 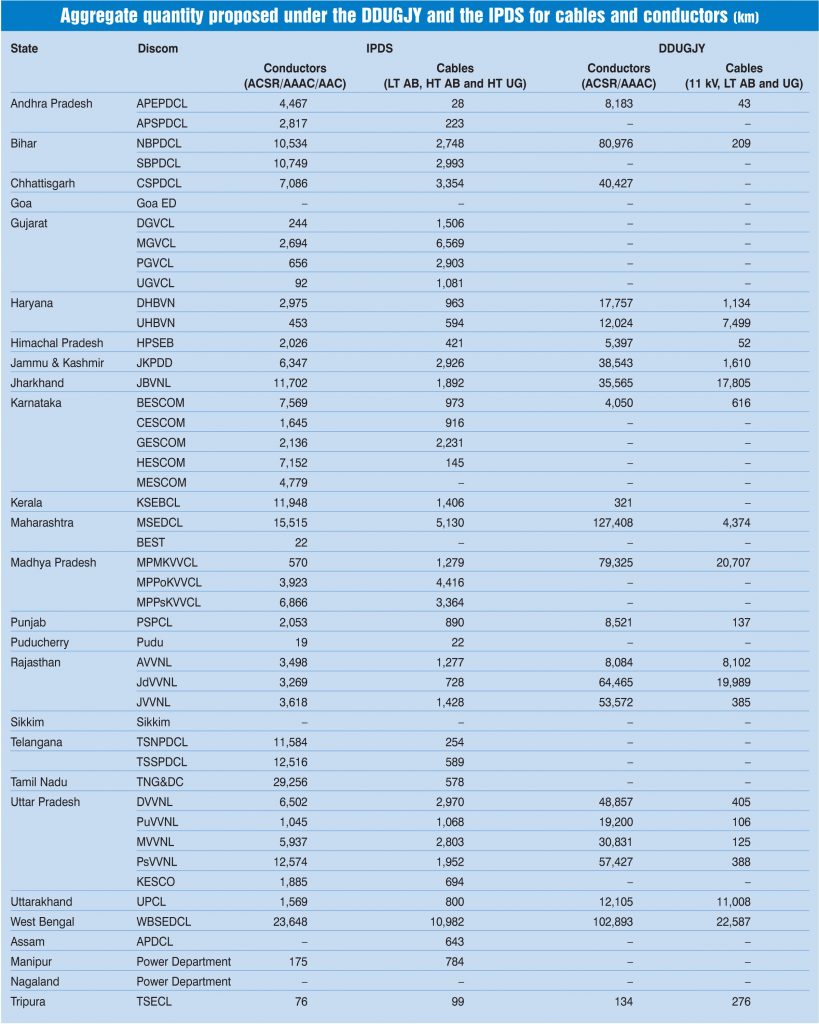 As per the Central Electricity Authority’s draft National Electricity Plan – Transmission, 2016, an investment of Rs 2,600 billion is expected to be made during the period 2017-18 to 2021-22 for transmission system augmentation in the country. Of this, Power Grid Corporation of India Limited (Powergrid) is expected to invest around Rs 1,000 billion. Powergrid and the state transcos are also expected to undertake significant investments under the GEC project for improving connectivity to renewable energy projects.

Net, net, the cables and conductors segment has a positive outlook and robust growth can be expected in the coming years on account of various government initiatives and network strengthening plans being undertaken by different utilities throughout the country. 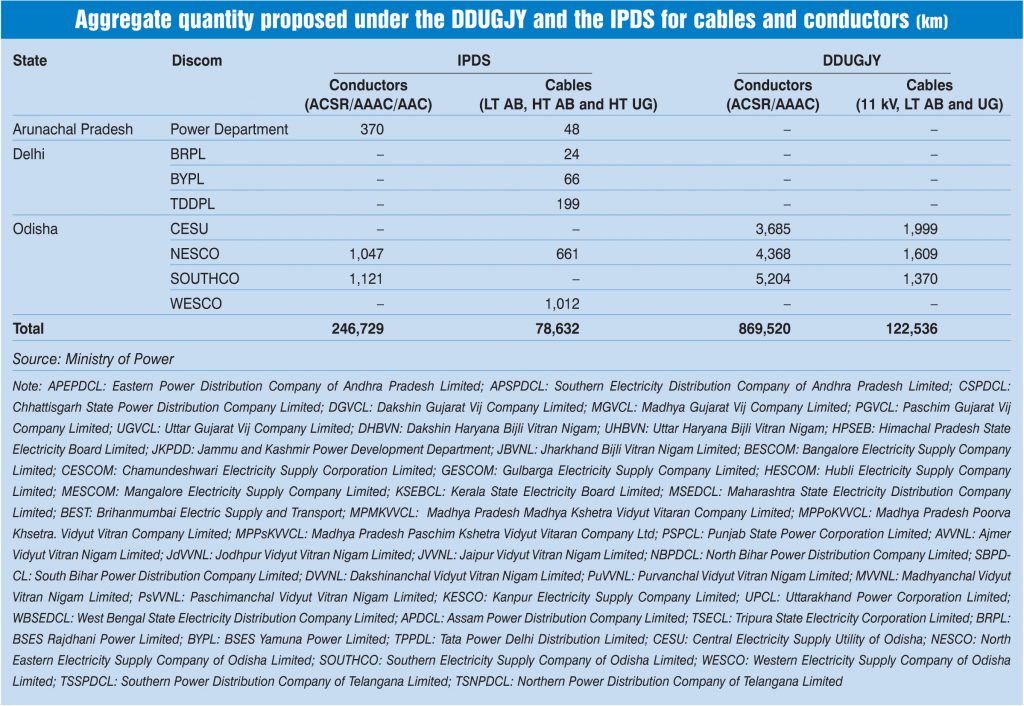 Distribution Hope: Signs of recovery in the segment

The power distribution segment has shown considerable improvement over the past year. With the prime objective of supplying uninterrupted and quality power to all, the government has taken a number of initiatives to strengthen the […]

Cables and conductors are the most essential components of a power transmission network. They are crucial not just in the development of a new network but also in the strengthening of the existing grid in […]

Transmission Corporation of Telangana Limited (TSTransco), the country’s newest state transmission utility established in May 2014, is taking several initiatives to expand its network. These steps are key to ensuring timely evacuation of over 16 […]