Industry response to Union Budget 2018-19 has been positive overall. The government has reiterated its commitment to rural electrification and solar power. Significant allocations have been made for flagship rural electrification schemes including the Sahaj Bijli Har Ghar Yojana (Saubhagya) and the Deendayal Upadhyaya Gram Jyoti Yojana (DDUGJY), and a new scheme, Kisan Urja Suraksha Evam Utthaan Mahaabhiyan (KUSUM), has been announced for incentivising solar pumps use by farmers. Power Line presents industry experts’ reactions to this year’s budget…

What is your assessment of Union Budget 2018 for the power sector? 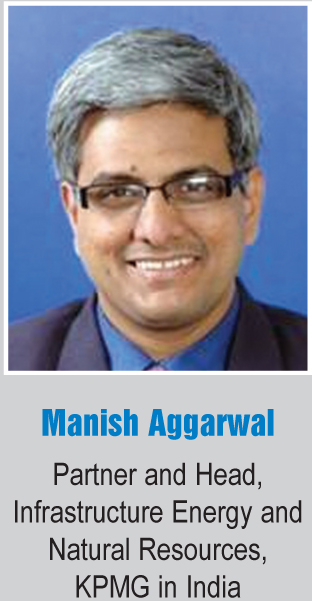 A cornerstone of Union Budget 2018 is furthering the access-to-energy agenda for marginal sections of the population. The enhancement of the Ujjwala scheme to provide free LPG connections to 80 million women, reiteration of the commitment under the Saubhagya scheme to electrify 40 million households and the facilitation of farmers to set up distributed solar projects hold promise for currently unserved energy consumers. These schemes have the potential to enhance energy demand significantly and may thus help bring the stranded capacity online.

Access to financial markets for energy sector companies is likely to be kick-started by facilitating investments by long-term savings-based institutional investors, through measures announced for kick-starting the bond markets in India. Smaller companies, particularly in the distributed energy space with a turnover of below Rs 2.5 billion, will benefit from a lower tax rate. The mention of central public sector enterprises’ (CPSE) infrastructure investment trusts (InvITs) in the budget increases the prospects of power sector PSEs being able to access the market to raise equity capital in an innovative manner. 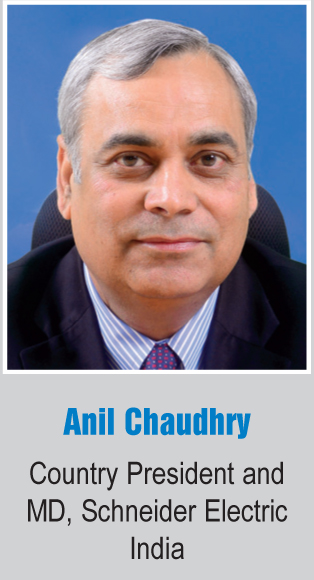 Access to energy has been one of the key agendas of the government and the commitment to this critical human development index has been strengthened with an allocation of Rs 160 million to the Pradhan Mantri Saubhagya Yojana for electrifying all households. Access to clean energy remains a critical component of this agenda, as the budget highlighted.

The focus on improvement in the quality of urban living was reiterated with the additional budget of Rs 2.04 trillion for the Smart Cities Mission. This will add momentum to the transition of our cities into ultra-modern habitations, made efficient with advanced technology.

We welcome this forward-looking union budget with its eyes set clearly on the future economic growth. The budget is focused on achieving this by giving a push to critical segments of the economy such as infrastructure, micro, small and medium businesses, education, skill development and agriculture, each powered by digitisation and cutting-edge technology. 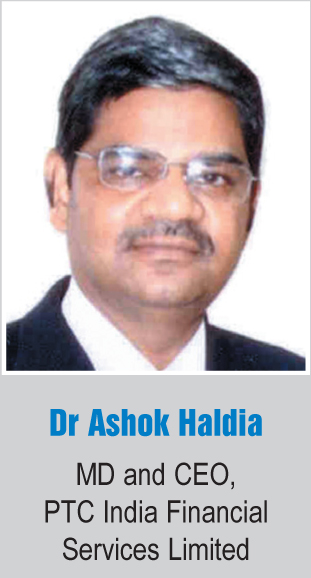 The budget rightly focuses on rural and infrastructure growth, which are the backbone of the Indian economy. About 50 per cent higher spend on the infrastructure sector will reboot demand and create jobs through a multiplier effect, which has been a big concern for everyone. This would also increase the demand for funds and funding opportunities for existing projects under stress or stalled or under-implementation projects and new projects as well. We can expect an increase in demand for finance and fund-raising opportunities. Permitting investment in “A” rated bonds would boost the fund-raising options, particularly for infrastructure projects. Focus on schemes such as Saubhagya and Power for All, coupled with an impetus to rural spending will generate electricity demand. The installation of rooftop solar under the Smart Cities Mission would further boost the achievement of the 175 GW renewable energy target. Overall, the budget is inclusive in nature and will give a shot in the arm to infrastructure growth. 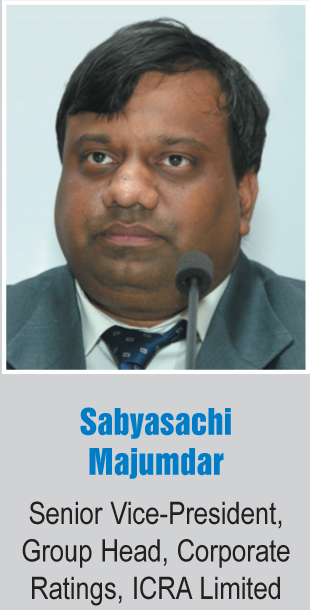 The thrust on ensuring 24×7 electricity access to all rural households under the Saubhagya and DDUGJY  is likely to give a boost to energy demand, apart from improving the quality of life for rural households.

Further, the mechanism proposed to buy surplus solar energy from solar pumps by the distribution utilities as well as the push for the deployment of solar energy under the Smart Cities programme will facilitate solar capacity addition, given the improved tariff competitiveness of solar energy. However, there is continuing uncertainty in the solar segment over the imposition of duties (import duty/ safeguard duty/ anti-dumping duty), including timelines and the quantum thereof.

The measures proposed to facilitate access to the bond market for meeting 25 per cent of the debt needs by large corporates will allow entities in the power and renewables sectors to diversify their funding sources at cost-competitive rates, given the highly capital-intensive nature of the sector and the large funding requirements.

The reduction in the tax rate to 25 per cent for entities with a turnover of Rs 2.5 billion is positive for renewable independent power producers, given that the majority of them have capacities of less than 200 MW and thus have revenues are within the prescribed limit. 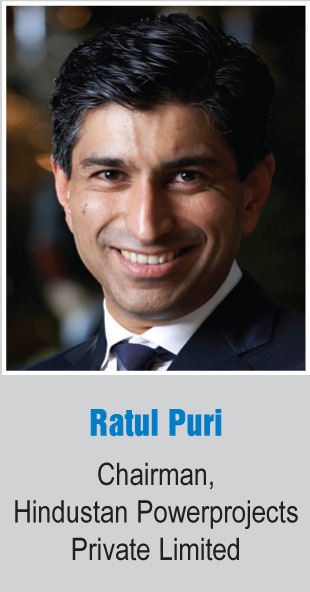 We appreciate the Union budget’s vision for the power sector as an enabler of the common man’s access to the benefits of infrastructure development. This can be seen in the provisions for electrification of 4,000 km of existing railway lines, bringing 40 million unconnected homes to the electricity grid at an outlay of Rs 160 billion and providing LPG connections to 80 million women. We look forward to the power sector focusing not only on the reach of solar power, but also on its quality and accessibility.

The budget also strengthens the government’s focus on sustainability and reduction of subsidies through the utilisation of agro-waste for CNG and biogas, and a renewed focus on solar electricity pumps. A lot of focus has been given to rural income generation. 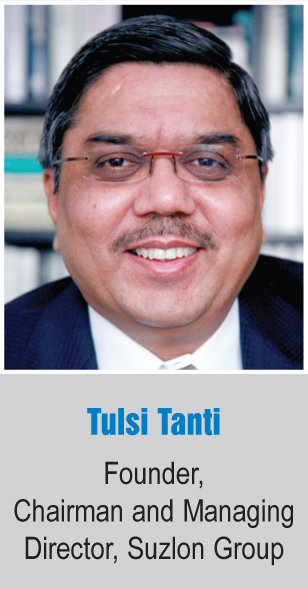 The budget is clearly focused on reinventing India through specific measures announced for strengthening the rural and agricultural economy, in addition to infrastructure development. It is aligned with the objective of overall economic growth, nation building and job creation. This budget takes into account various stakeholders across the spectrum, right from the social sector to businesses, young India and senior citizens.

The budget has given a significant impetus to micro, small and medium enterprises (MSMEs), which are the backbone of the wind energy sector in the country, as they manufacture components and provide various services. The reduction in corporate tax for MSMEs will help them reinvest the surplus capital in establishing new units to meet the overall target of 175 GW of renewables by 2022. Also, the government’s initiative to recapitalise public sector banks will enable banks to provide loans to MSMEs.

However, I am hopeful that the finance minister will consider the following to ensure energy security, and sustainable and affordable power for all:

Overall, the measures on the economic reforms front, ease of doing business and impetus for the social sector are steps in the right direction for the growth of the economy in the long term. 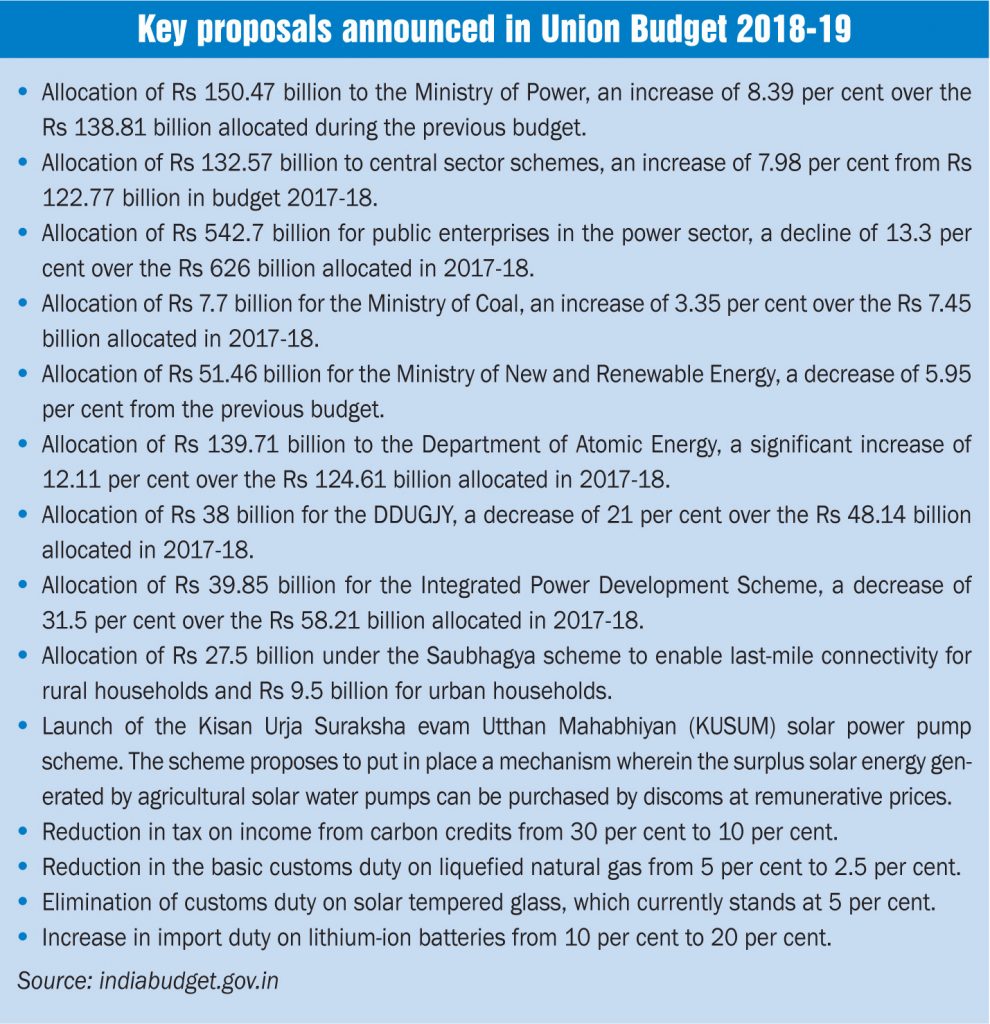