Smart metering is essentially the first step towards a smart grid. It involves not only the installation of smart meters but also the setting up of communication networks, control centres and data management systems. It is an integrated system that enables two-way communication between the utilities and the consumers. A smart metering system reduces meter reading and data entry errors as well as the associated costs by eliminating human interface. This helps discoms in reducing commercial losses, improving their billing and collection efficiency, and managing peak load, while also enhancing the customer experience.

Over the years, various small-scale smart metering initiatives and pilot projects have been undertaken by distribution companies, especially private discoms. However, the installation of smart meters has received a push from the government only in recent years, through policies and programmes such as the National Tariff Policy (NTP), the Integrated Power Development Scheme (IPDS), the Ujwal Discom Assurance Yojana (UDAY) and smart grid pilot projects. Under UDAY, the government has targeted to install 35 million smart meters by 2019. However, the pace of installation has been quite slow.

The Ministry of Power (MoP) has come up with several policy initiatives and programmes to promote smart metering. In the absence of universal standards for smart meters, discoms used to choose different technical specifications, independent of each other. This led to increased costs and more time to market the technology. To overcome this issue, the Bureau of Indian Standards (BIS) published standards for smart metering (IS 16444 in August 2015 and IS 15959 Part 2 in February 2016). In August 2016, the Central Electricity Authority (CEA) published the functional requirements for advanced metering infrastructure (AMI) and technical specifications for smart meters.

In 2012, the MoP sanctioned 14 smart grid pilot projects with 50 per cent funding to be provided as a grant by the Government of India. Four of these projects have been dropped since, one has been completed and the rest are currently under implementation. AMI is one of the key functionalities covered in all of these projects. Under these MoP-funded smart grid pilot projects, 172,000 smart meters have been sanctioned, of which over 57,368 smart meters have already been installed.

The IPDS, launched in 2014, envisages the installation of smart meters with supervisory control and data acquisition systems in all urban areas. About 248,000 smart meters have been sanctioned under the scheme. Further, the NTP, amended in January 2016, and UDAY, launched in 2015, mandate the deployment of smart meters for all consumers with a consumption of more than 200 units per month. The government also launched the National Smart Grid Mission (NSGM) in March 2015 to create an institutional mechanism for planning, monitoring and implementation of policies and programmes related to smart grid activities in the country, of which smart meters and AMI are the key components.

State-wise, Himachal Pradesh is the top performer having over-achieved the target of smart meters to be installed in the above 500 kWh category and making over 80 per cent progress in the 200-500 kWh category. Manipur and Tripura follow next in terms of achievement in both categories. In terms of the absolute number of smart meters installed, Manipur tops the list with almost 175,000 smart meters installed already. Bihar, Chhattisgarh, Goa, Gujarat, Jammu & Kashmir, Jharkhand, Kerala, Maharashtra, Tamil Nadu and Uttarakhand have shown no progress at all.

Energy Efficiency Services Limited (EESL) is deploying smart meters through the Smart Meter National Programme (SMNP) in order to reduce discoms’ billing inefficiencies. The SMNP aims to replace 250 million conventional meters with smart meters. EESL is using the bulk procurement model for the implementation of this programme. Under the procurement model, EESL will make 100 per cent investment to procure the meters and services of the system integrator and discoms will make zero investment. The repayment to EESL will be through the savings resulting from enhanced billing efficiency, avoided meter reading costs, etc.

To this end, EESL launched a mega tender to procure 5 million smart meters in July 2017 on behalf of the Uttar Pradesh and Haryana utilities for implementing smart grid projects in these states. The smart meters are planned to be installed over a period of three years in Uttar Pradesh (4 million) and in Haryana (1 million).

The meters procured by EESL use GPRS technology to allow two–way communication between the discom and consumers. 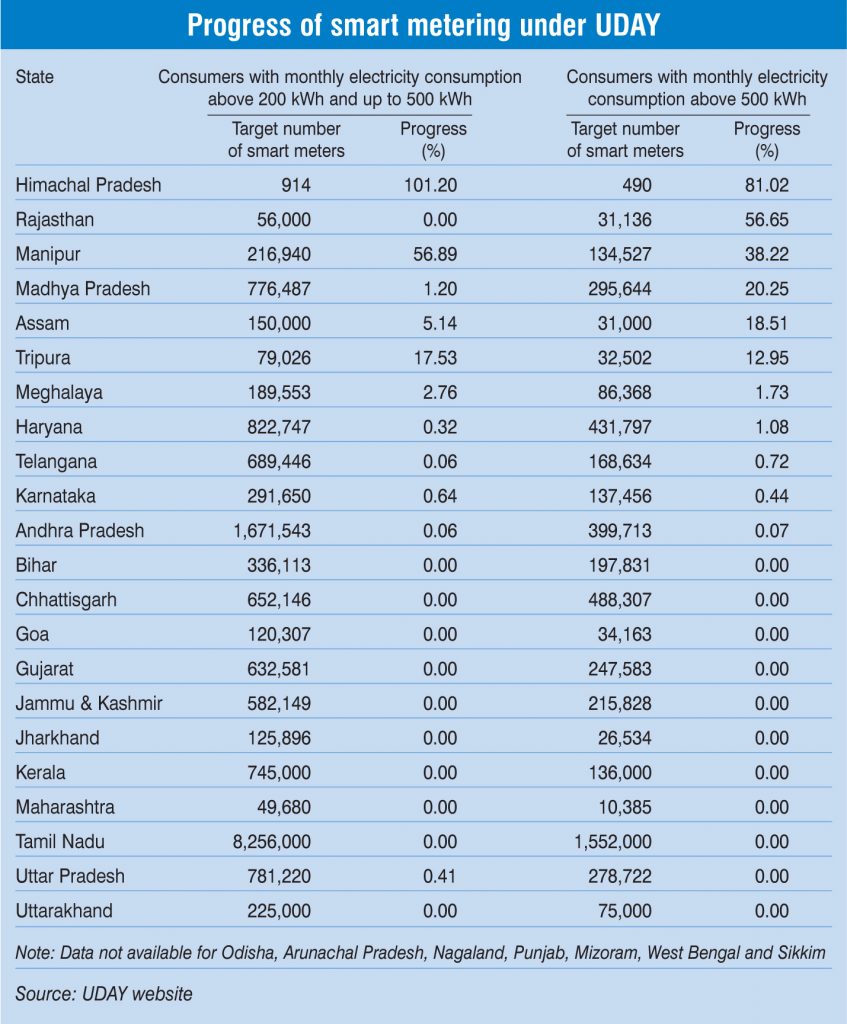 Apart from the initiatives under the government programmes, several discoms are undertaking independent deployments of smart meters. One of the most recent such initiatives is the roll-out of 250,000 smart meters (200,000 single-phase meters and 50,000 three-phase meters) by Tata Power Delhi Distribution Limited. This will constitute Phase I of its RF mesh-based AMI project, which will be followed by the second phase under which 550,000 smart meters are planned to be deployed. The implementation of the communication system and smart meter roll-out will begin from March 2018 and will get completed by March 2019. The second phase will start from April 2019.

In a similar initiative, CESC Limited is implementing AMI based on RF mesh technology in its franchise area of Kota under Jaipur Vidyut Vitran Nigam Limited. The roll-out of smart meters by the utility is aimed at improving the quality of service and will cover over 180,000 consumers across the franchise service area. Through AMI, customers will be able to check their everyday consumption and audit their bills. Consumers will also have access to their intra-day consumption at 15-minute intervals.

There has not been much visible progress in smart metering. This can be attributed to the high investment costs of smart meter installations along with lack of expertise among the discoms. However, the financial position of the discoms is now improving with the UDAY scheme, which is expected to promote investments in smart grids. Meanwhile, in December 2017, the India Smart Grid Forum released a “Smart Grid Handbook for Regulators and Policy Makers”, which will serve as a good reference document for the discoms as well. The AMI roll-out strategy published by the CEA will also be an important guiding document for the implementation of smart meters. Looking ahead, smart metering is definitely the way to go.

August 30, 2017
The Indian power sector has been struggling with issues such as infrastructure inadequacy, and transmission and distribution [...]
More 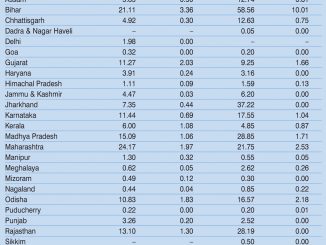 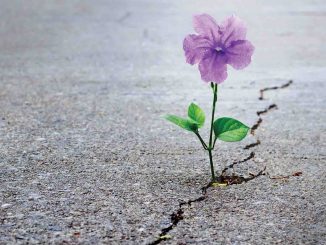 March 30, 2019
It was a month of hectic policy action for the power sector. The government made two key [...]
More