Power utilities across the world have witnessed significant changes in their operations on account of various external factors, with one of the major drivers being environmental regulations. Environmental concerns of electric utility businesses have been in existence for a long time. Most of the environmental regulations today have taken the form of either command and control policies on coal quality and emission levels or market instruments such as transferable permits and feed-in tariffs.

In the past few decades, power utilities have undergone a transformative change primarily due to climate change concerns. These concerns further took a concrete form after the signing of the Paris Agreement in 2015, one of the few international agreements that got ratified well before the deadline. The Paris Agreement aims to restrict the global average temperature to well below 2oC. Model-based estimates suggest that, if implemented properly, the nationally determined commitments would lead to a 40 per cent reduction in the carbon intensity of electricity by 2030 relative to the 2016 level. However, this would require a much steeper decline in carbon emissions than the current levels and would, subsequently, have a greater impact on power utilities, particularly in India.

Overall, there have been various implications of environmental regulations for power utilities in India. Notably, the power sector is witnessing a decline in fossil fuel-based generation plants. In addition, there has been a decline in interest in nuclear and hydro projects given the stringent norms and regulations surrounding them. Simultaneously, there has been an increasing focus on renewable energy projects. There has also been a shift in consumer preferences towards becoming a “prosumer” wherein consumers want to achieve greater independence with regard to their consumption and production patterns. This impact has been further accentuated by IT convergence in the sector. To this end, it is crucial to understand the impact of environmental regulations on different segments of power generation and how the barriers, if any, can be overcome. 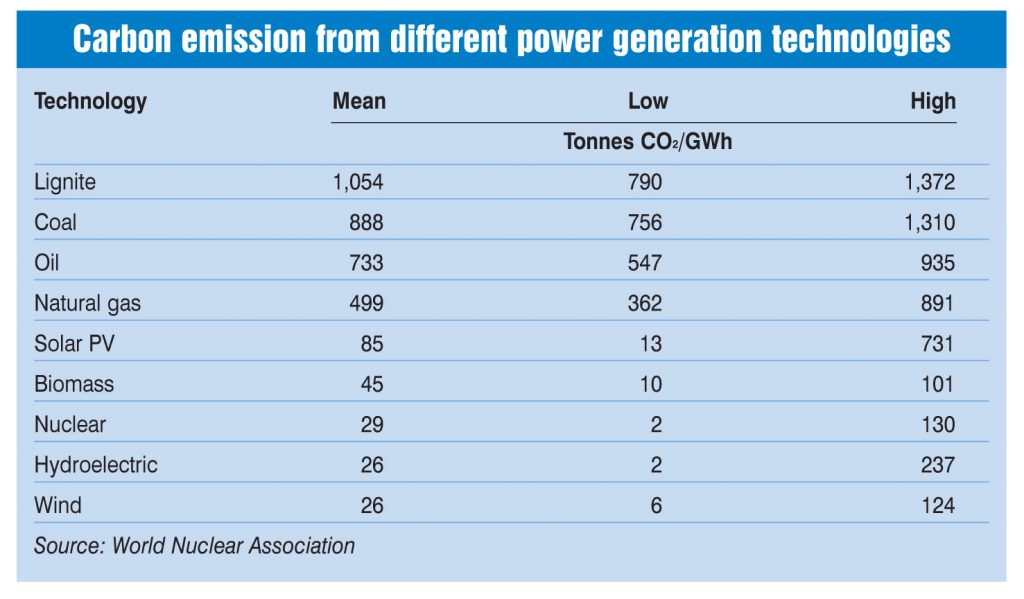 Thermal power plants, being the main contributors to carbon emissions, have attracted a number of regulations. Utilities are working towards these norms with the country’s largest power generator, NTPC Limited,   leading the way in efficient utilisation of technologies, deployment of flue-gas desulphurisation (FGD) technology in 50 per cent of its plants, fly-ash management and adoption of best international practices. NTPC has also installed various pollution control systems such as low-NOx burners, neutralisation pits, dust extraction and dust suppression systems in its plants. At a country level however, national norms for particulate matter, SOx and NOx need to be strengthened and aligned with international standards. Further, stringent monitoring of environmental parameters is required to ensure compliance with the norms. While the government did issue stricter norms for emissions and water consumption in 2015, there is still a long way to go as far as their implementation is concerned.

Given the nature of hydropower projects, there are strict regulations for such projects and, therefore, clearances fot these projects take a long time. However, hydro projects have a key role to play in the integration of renewable energy into the grid as they enable energy storage owing to their large reservoirs. The regulatory review process can extend the development of a hydro project by a minimum of four years. Even when approved, the process of appeals can further delay the commercial operation of projects.

For a medium-sized hydro project, the pre-construction phase involves environmental studies, public engagement, preparation of an environmental impact report and formal regulatory processes. Meanwhile, the construction phase entails monitoring the plant process and ensuring conformity with design requirements. The post-construction phase too can experience regulatory actions. Once a generating station starts operating, environmental monitoring is required for the entire life of the project. These regulations are necessary, given the implications of hydropower projects on the surrounding ecological system. It is on account of these processes that regulatory requirements can increase the cost of a project by 15-20 per cent.

Since these costs are inevitable, the utility needs to account for these costs. Further, it is crucial to weigh all such costs in a project. From a life-cycle assessment perspective, the greenhouse gas emissions from a hydropower plant are as low as those from a wind power plant. Since hydropower has a crucial role to play in the future energy mix, it is important that these projects are executed with a minimal negative impact.

Environmental regulations can provide an opportunity to utilities to engage with local stakeholders and use indigenous knowledge to improve the viability of hydropower projects. Increased environmental regulatory costs and process uncertainty do affect investor confidence in such projects; however, involving the local people can significantly reduce uncertainties and lead to overall better projects.

Nuclear power generation is one of the most regulated segments of power generation due to known reasons. However, given the increasing global demand for energy, nuclear power is slowly gaining recognition. As of January 2017, there were 447 commercial nuclear power reactors operable in 31 countries, aggregating over 391,000 MW. Around 60 additional reactors are under construction globally. These reactors provide over 11.5 per cent of the world’s electricity as reliable baseload power without carbon dioxide emissions. In order to decarbonise electricity generation, there is a need for low life-cycle emissions and in this context, nuclear energy plays an important role. As per a study by the World Nuclear Association, the life-cycle emissions from a nuclear plant are about three times less than solar plants and about thirty times less than modern gas power stations. Therefore, there is a potential for reforming the nuclear energy market to support capital investments, providing credit for low-carbon emissions, supporting innovative finance solutions and including grid systems in the total cost of power generation.

Policymakers are grappling with the issue of meeting their international commitments and converting them into domestic action. Given the current scenario, it is crucial that the role of the regulator is revisited. Previously, the focus has been on reliable supply of power, design and management of electricity tariffs and financial performance of utilities. The emerging objectives, however, need to concentrate on the following aspects:

While the industry is evolving in response to these challenges, the regulators also need to redefine their role and responsibilities. In order to adapt to climate change and the environmental regulations arising from it, the business model of utilities also needs to evolve.

It is important to recognise that while environmental regulations have a role to play in the energy mix of the country, it is also driven by the technology cost trajectory, policy support, engineering challenges and market perception of technology risks.

With respect to coal generation, the focus should be on utilising the most efficient plants and replacing old thermal plants for which retrofitting is not always an option. The non-economic fallouts of various generation technologies should be prioritised and these costs factored in while comparing different technologies. India has to maintain its energy security while fulfilling its global environmental commitments. Given that there are limited options, mitigation of emissions is going to be critical.

Further, it is crucial that apart from focusing on renewables, the long-term cost trajectories for hydro and nuclear energy are also understood in order to assess the perceived risks and benefits. Going forward, the business models of utilities will be significantly different. They need to function as service providers and the regulatory bodies need to act as market enablers. Each business will have to evaluate and assess its situation. Thus, with the changing market scenarios, utilities will have to continually evolve and other stakeholders too will play an important role in converting challenges into opportunities.

In order to adapt to climate change and the environmental regulations arising from it, the business model of utilities also needs to evolve.