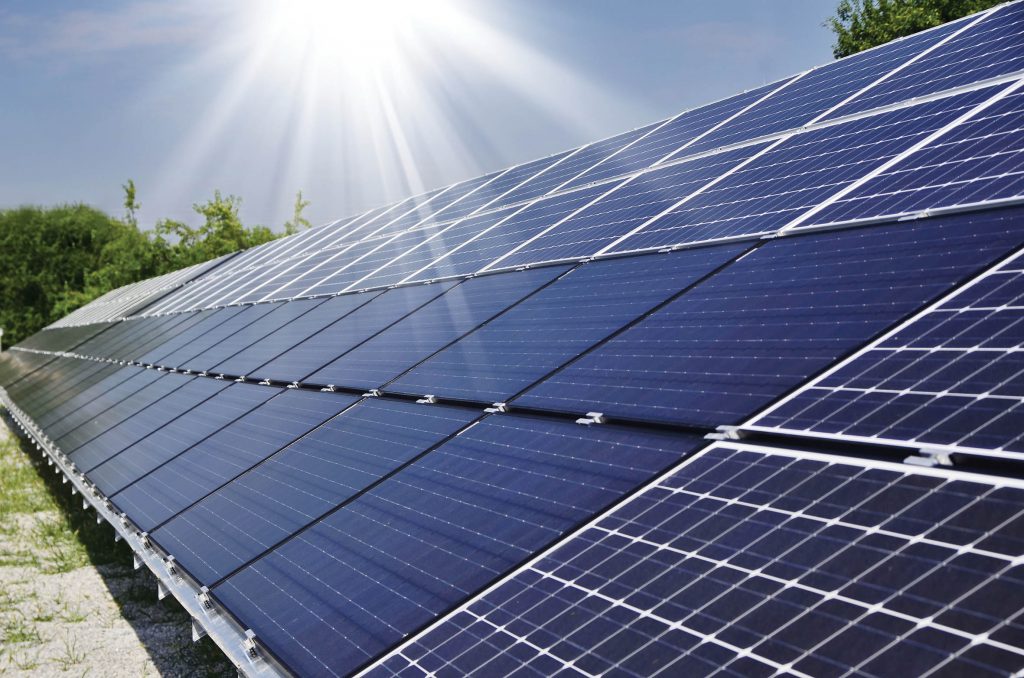 The power generation sector in India is at a crossroads given the country’s increased focus on providing clean, affordable, reliable and sustainable energy for all. The power scenario has changed completely from coal taking centre stage until a few years ago to the renewable energy witnessing significant activity in recent years. This is in line with the country’s low carbon growth strategy driven by its intended nationally determined contribution (INDC) under the Paris climate accord to achieve 40 per cent installed non-fossil-fuel-based capacity by 2030, and reduce the emission intensity of its GDP by 33-35 per cent by the same year, as compared to the 2005 levels. To this end, a medium-term target of achieving 175 GW of installed renewable capacity by March 2022 has been set.

In light of the changed growth objectives the Ministry of Power (MoP) released the “Report of the Committee on Optimal Energy Mix in Power Generation on Medium and Long Term Basis” in January 2018. The MoP formed the committee in October 2017, under the leadership of the Central Electricity Authority’s (CEA) chairperson, to prepare an energy mission statement, a year-wise and fuel-wise optimal energy mix for the next 15 years, give grid balancing requirements to integrate renewables and suggest a roadmap to reduce dependence on fuel imports for power generation, among other things.

The mission statement released by the committee is, “Aim to achieve energy autonomy and provide clean, affordable, reliable and sustainable power for all.” In order to ascertain an optimal generation mix, there is a need to minimise:

According to the base case scenario under the CEA’s National Electricity Plan (NEP) for the period 2017-22, the maximum capacity addition of 117,756 MW will come from renewable energy sources, followed by hydro at 6,823 MW, nuclear at 3,300 MW and gas-based capacity at 406 MW. Meanwhile, the NEP has estimated a negative net coal-based capacity addition for the period, with capacity aggregating 22,716 MW under consideration for retirement. This includes plants that are old and inefficient and will not be able to meet the stringent environmental norms. Only 6,445 MW of additional coal-based capacity would be required during 2017-22 to meet the peak demand of 226 GW and energy requirement of 1,566 billion units (BUs) in 2021-22 according to the 19th Electric Power Survey (EPS). However, coal-based capacity totalling 47,855 MW is at various stages of construction and is likely to be commissioned by 2022, which will lead to a plant load factor (PLF) of 56.5 per cent.

The NEP also considers an alternative scenario with higher energy requirement and peak demand of 1,641 BUs and 237 GW respectively. This scenario could arise due to the change in demand on account of the shift of captive load to the grid and slippages in meeting energy efficiency targets among other things. This would lead to a compound annual growth rate of 7.18 per cent in demand. In this case, a coal-based capacity addition of 19,700 MW may be required during the next five years assuming all the other additions (from renewables, hydro and nuclear) and retirements (of coal-based units) remain the same as in the base case scenario. In this case, the overall PLF is likely to be higher at 68.5 per cent in 2021-22.

Given the NEP’s estimates for renewable capacity addition, energy requirement in 2022, poor availability of domestic gas, and the existing portfolio of installed and under-construction projects, ongoing energy efficiency efforts, the committee notes that there is limited scope for optimising the generation mix by 2022. As per the NEP, renewable capacity is expected to account for 36.5 per cent of the total installed capacity of 479,419 MW, while conventional sources will continue to account for the majority share of 63.5 per cent by March 2022. In generation terms, the share of renewables will be around 19.2 per cent. Nevertheless, the share of non-fossil-fuel-based capacity, which also includes nuclear and hydro, at 49.3 per cent or 236,381 MW, would have exceeded the long-term target of 40 per cent.

This is expected to change further during the subsequent five-year period, 2022-27, when the installed capacity is projected to reach 619,066 MW as per the NEP. Of this, 57.4 per cent or 355,181 MW will be non-fossil-fuel-based capacity. Renewables alone will account for 44.4 per cent of the total capacity and  23.3 per cent of the total generation in 2026-27. These estimates have been built on the basis of meeting the 19th EPS projections for the peak demand and energy requirement of 299 GW and 2,047 BUs respectively by 2026-27. To meet this demand, a committed capacity addition of 6,800 MW from nuclear energy and 12,000 MW from hydropower, excluding 100,000 MW from renewable energy sources, has been considered. During 2022-27, an addition of 46,420 MW of new coal-based capacity is required, after accounting for the retirement of 25,572 MW, to meet the demand projections for 2026-27.

Under the INDC target scenario, CO2 emission intensity from the power sector will reduce to 33.8 per cent in 2022 and 42.9 per cent in 2027 as compared to the 2005 levels, assuming a capacity addition of 125 GW from renewables, 10.1 GW from nuclear and 18,823 MW from hydropower by 2027. The net reduction of CO2 emission will be lower by 1.5 per cent if the increase in emissions from thermal stations, particularly subcritical units, due to frequent cycling and ramping (mandated for flexible operation to integrate renewable energy) is considered.

Under the high hydro scenario, 80,000 MW or almost half of the country’s hydropower potential is proposed to be developed by 2026-27. This will require hydro capacity addition of 35,323 MW over the next decade, that is, 6,823 MW and 28,500 MW during the two five-year periods respectively. Under this scenario, coal-based capacity requirement for 2017-27 is assessed at 78,775 MW. Of this, 47,855 MW, currently under construction, is likely to be commissioned by March 2022 resulting in a capacity addition requirement of 30,920 MW during 2022-27. Capacity addition from nuclear (10.1 GW) and renewable energy sources is (217,756 MW) the same as that under the NEP for the 10-year period. This scenario will lead to an installed capacity of 619,259 MW by end-March 2027 and the generation mix will comprise 60 per cent of non-fossil-fuel-based capacity and 40 per cent of fossil-fuel-based capacity.

If the envisaged 175 GW of renewable energy capacity needs to be integrated into the grid by 2022, conventional generating plants must be flexible. Flexibility refers to the stations’ ability to cycle on and off and the required lead time; the ramping rate at which the stations can vary generation; and the maximum and minimum output while in operation. According to the International Energy Agency, the renewable system integration cost comprises adequacy or backup costs, balancing costs and grid integration costs.

The integration of a huge renewable capacity implies that the frequency of ramping requirement will increase significantly. The maximum positive ramping requirement is estimated at 400 MW per minute. This can be achieved if all existing and proposed generation stations exploit their inherent ramping capability and are flexible to operate below 55 per cent, the technical limit as per the Central Electricity Regulatory Commission. For this, hydro-and gas-based generation can efficiently provide the requisite grid balancing and ramping services owing to their inherent ability to quickly respond to load changes and higher ramp rates. Gas-based capacity may be able to provide only limited support in grid balancing due to the limited availability of domestic gas. That said, combined cycle gas stations can provide peaking and balancing capacity to some extent if gas supply contracts are modified to include clauses allowing non-uniform gas consumption, among other provisions. Meanwhile, efforts are being made to harness the hydropower potential both in India as well as the neighbouring countries. Proper scheduling and utilisation of hydropower generation for supporting grid balancing and providing peaking power can help accomodate of large amounts of renewable energy.

When coal-based capacity is considered for flexible operation, the start-up time and cost is relatively higher as compared to other conventional stations. Further, there will be efficiency losses if supercritical units are operated at lower loads pushing them into the subcritical range. That said, these plants will have to operate with maximum technically possible flexibility to support renewable integration.

In order to promote energy security and self-sufficiency, reduction of fuel imports is recommended with the augmentation of indigenous coal production by various methods including adoption of latest mining technologies. The introduction of ultra-supercritical technology, battery storage and electric vehicles, etc. is expected to significantly help in addressing some of the environmental and grid security concerns.

The government has been focusing mainly on renewables to achieve its international climate commitments. That said, it has also been exploring the possibility of giving a policy push to hydropower and nuclear energy. These two energy sources involve long gestation periods and may take several years to materialise despite a favourable environment. In comparison, renewables have shorter gestation periods and have become cost competitive in recent years. However, their variable nature entails system integration challenges and costs that have to be borne by all grid participants. The central regulator and system operators are taking measures to improve reserves and their management and system controls as well as strengthen market-based systems to facilitate a smooth transiton. In any case, India is well poised to achieve its climate commitments comfortably. The focus is more on how to sustain high levels of variable generation in the grid while ensuring reliability and affordable costs. The other area that needs adequate attention is fuel security for the existing and upcoming thermal capacity to ensure that huge investments already made or committed are not put in jeopardy.