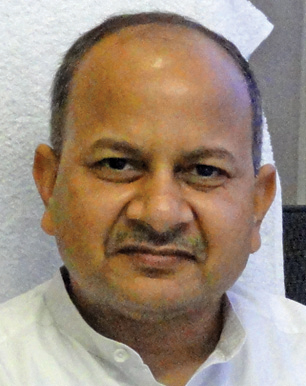 The need of the hour is timely management of the risks associated with hydropower development,” says Satish Kumar Sharma, chief technical officer (CTO) at one of India’s largest infrastructure construction companies, Hindustan Construction Company Limited (HCC). A seasoned professional, Satish has around 25 years of experience in the planning, engineering and execution of several medium and mega infrastructure and hydro projects. His expertise lies in areas such as design, project management, strategic planning, regulatory compliances, value engineering, and leadership.

Satish started his career with Tata Consulting Engineers Limited in 1994 as a specialist engineer, and subsequently worked in different capacities with Lahmeyer International GmbH (Germany) and Jaiprakash Associates Limited on various hydropower projects. Prior to joining HCC, he served as senior vice-president of Hindustan Power Projects, where he was responsible for the acquisition, regulatory approvals and financial arrangements for hydro projects. He assumed his current role in 2014, and is leading 54 projects, including 12 hydro projects in India and Bhutan.

Discussing hydropower development in India, he says the country is blessed with huge hydro potential but there are several issues that need addressal. “To accelerate hydro development, it is crucial to understand the contractor’s perspective, as the majority of the risks associated with these projects arise during the construction phase. It is imperative that contractors are treated as partners and that experts are involved for sound advice and guidance to ensure timely project execution,” he says. Satish is on the board of various government bodies involved in policy-making and standardisation. He has presented papers at several national and international conferences, and is a life member and fellow of the Indian Society for Rock Mechanics and Tunnelling Technology, the International Commission on Large Dams, etc.

Satish enjoys reading and practises yoga regularly. Interestingly, he believes that ancient texts such as the Ramayan and the Bhagavad Gita hold the key to management and success. His family includes his wife and their two sons.