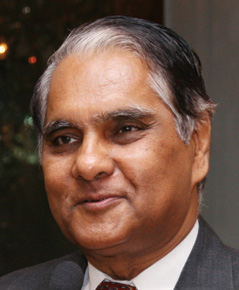 The goal of 24×7 Power for All is a great initiative – not only laudable but also achievable. Fifteen years ago, setting such a goal, to be achieved in the foreseeable future, would have been virtually impossible in view of the gross inadequacy of power generation capacity in the country. Post the Electricity Act, 2003 and  subsequent major policy initiatives – the National Electricity Policy (2005), the Rural Electrification Policy and Scheme (2004), the Electricity Tariff Policy (2006), the Competitive Bidding Guidelines (2005), the Ultra Mega Project Policy (2005), etc. – the sector saw renewed enthusiasm and confidence for an accelerated pace of growth. It resulted in the augmentation of generation capacity to more than 345,000 MW at present from a mere 105,000 MW in 2002. Organisations, both in the public and private sectors, have contributed to this growth – the private sector improved its share from less than 10 per cent to 45 per cent. Commensurate growth in the national grid system has also happened.

The annual per capita consumption has increased to about 1,200 kWh, but the country has to go a long way even to catch up with the global average and is far behind China, which is almost three times in terms of per capita consumption. Yet, there are talks, in certain quarters, indicating that we have reached near surplus in power generation capacity. If we analyse the utilisation of the generation capacity, this could perhaps be an inevitable conclusion, because even during the current summer, the maximum that we reached in terms of generation has been of the order of 170,000 MW, half of the installed capacity that we have. Therefore, while on the one hand almost all informed groups of people are making a point that the country has to go a long way for enhancing the per capita consumption for a sustained growth of the economy, on the other, 50 per cent of the power generation capacity is not utilised. Where, then is the contradiction? Let us examine.

When the Electricity Act, 2003 was legislated, it was clear that with the direction of change and pace of reforms, if the powerful potential of the act was properly articulated and disseminated among the stakeholders (which was done), the sector was bound to witness unprecedented growth, particularly in building power generation and transmission capacities. Power generation was fully delicensed. Transmission, though not delicensed, was opened up for private sector participation in a significant way. Those of us closely associated with this change process in the power sector were of the opinion that the Indian power sector was so dependent on the coal sector, just as the coal sector depended mostly on the power sector, that the full benefits of the Electricity Act, 2003 and other policy instruments would not be available unless the coal sector too was reformed. A monopolistic coal sector, completely under government control, would prove insufficient to provide the needed support to the power sector, which was at the threshold of a powerful and accelerated growth. During the past seven to eight years, when new power capacity was getting commissioned, the coal sector let the power sector down with completely inadequate linkages, not providing linkages even to many commissioned power plants, let alone those under construction and those in the pipeline. Coal import substitution has been an option, but not a cost-effective one since electricity distribution companies do need power, but not power at all costs.

Although the coal bill was introduced in Parliament more or less at the same time as the electricity bill, it remained pending for over a decade until an ordinance was notified by the new NDA government, which was converted to law in early 2015. This law provides for opening up of the coal sector in the form of commercial mining, in addition to captive coal mining. However, in terms of its implementation, we have yet to see any significant contribution from these provisions and routes opened up. Power generation dropped to below 60 per cent of capacity (plant load factor) as compared to 80 per cent in 2007, coal linkage policies were revised considering the inadequate supplies of coal – providing much lower quantities of coal than required, highly restrictive scheme to provide coal linkage even to commissioned power generation capacities (no coal if no power purchase agreement [PPA] – an unworkable solution). This was all due to a virtual stagnation in coal production growth during the period 2009-13.

The power sector brought within its fold several instruments of power market development – generators to participate in competitive bidding for the procurement of power by distribution companies, generators to set up new power plants on the basis of competitive bidding for lowest tariffs, regulators providing options for short-term purchases, power exchanges to provide to the generating and trading companies to sell and buyers to buy – opportunities for such transactions in 15-minute time blocks and the instrument of merchant power sale, etc. On the other side, the coal industry and gas supplies remained stuck and were unable even to meet their obligations, let alone develop and implement instruments and options to promote the fuel market. This disconnect has been responsible for the throttled growth in recent years, almost to the point of stagnation in the power sector, also resulting in a situation of a large number of stressed assets, leading to almost Rs 4 trillion worth of bank loans already in the non-performing asset (NPA) category or likely to fall into that category shortly. Unless reforms are initiated and also seriously implemented in the coal sector, the situation is unlikely to change. In the short term, before the full implementation of commercial mining happens and its effect is experienced by the power sector, measures such as a reasonable and rational fuel linkage policy, delinking fuel linkage from PPAs, removal of discrimination between public and private sector power plants for linkage and block allocations, enhanced capacity of the railway system in terms of availability of rakes, and supplementing in-house coal production of Coal India by mine development operators could be put in place within months. In the medium term, commercial mining should contribute a good amount of coal supply to the power sector in the next two to three years, actions for which need to be initiated in the next few months.

The track record of the power sector, particularly in the distribution segment, has been far from satisfactory. States continue to resort to load shedding, despite the promise of power for all, although we continue to keep almost 50 per cent of generation capacity unused. This is due partly to fuel reasons, but also to the states’ reluctance to buy more since their purchasing capacity limits further purchase owing to the gross mismanagement of distribution. Distribution companies, under the control of state governments, perform in a highly political atmosphere. The setting up of regulatory commissions did make some difference, but not enough to lead to healthy distribution companies – financially fit for procuring enough power, not resorting to load shedding, bringing down cross-subsidies within manageable and prescribed limits as laid down in the Tariff Policy, generating financial surplus to expand, strengthen and modernise the distribution infrastructure, and provide quality, uninterrupted power supply.

Privatisation of distribution was done in Delhi in 2002. Delhi used to have load shedding in the range of six to seven hours in different parts. Distribution losses were in the range of 50-60 per cent. Power disruptions were routine, rather than the exception. Privatisation addressed most of these issues. It was then felt that building on the Delhi experience, more such initiatives would follow in other states. However, distribution is so much under political influence that it did not happen.

In 2002, 56 per cent of rural households did not have access to electricity. In fact, in a number of large states, 80-95 per cent of rural households did not have electricity. A very powerful scheme was introduced in 2004, fully funded by the Government of India. An essential requirement of this scheme, for electricity supply to be provided in a sustainable manner, was that rural supply would be managed through an input-based franchise arrangement. This condition was later removed in 2010-11. The consequence is that electrification has happened, supply has increased, but so also have the financial losses of state-owned distribution companies increased. The Ujwal Discom Assurance Yojana, introduced in 2015, helped discoms to transfer all their loans, aggregating more than Rs 2 trillion, to their respective state governments; else, all these loans would also have become NPAs. In a large number of states, discoms lose a lot even in urban distribution. In many cities, urban distribution suffers aggregate technical and commercial losses of the order of 40-50 per cent.

Power sector reforms with the initiative of the Electricity Act, 2003 and subsequent policies and schemes did have transformational outcomes in generation and transmission. The opening up of these segments and provision of several instruments of market development through government and regulatory initiatives have brought about significant changes in these two segments. However, distribution has remained untouched by any meaningful reform interventions, and nor has there been any visible initiative in any state in this direction. As a matter of fact, the government has come out of the retail business of all utility services including even essential supplies of food items such as rice, wheat and sugar that are supplied through a network of private dealers with the responsibility of accounting fixed on them. Power alone is an area in which the government continues to indulge in the retail business, with the resultant consequences mentioned above.  It needs to be recognised that unless there is a major change in the institutional framework of electricity distribution management (privatisation, franchises, etc.), the entire power sector will continue to be captive to inefficient operations and outcomes, not only affecting distribution but all other elements in the supply chain as well – generation, transmission, fuel, railways, etc.