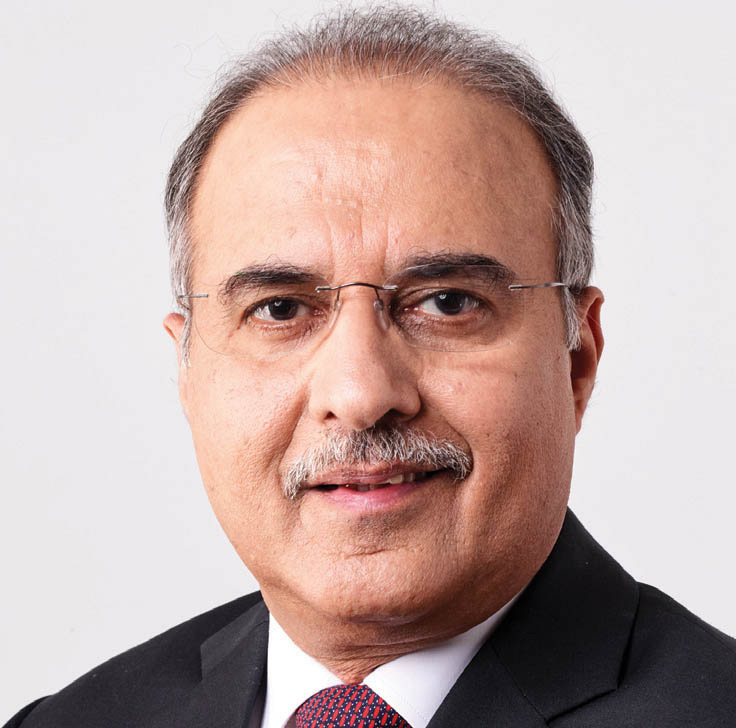 According to Anil Sardana, managing director and chief executive officer, Adani Transmission Limited (ATL), both the power transmission and distribution segments need significant reforms. Greater private participation and new technologies are some steps to address both the segments’ challenges, he explains. In a recent interview with Power Line, Sardana spoke about the health of the transmission and distribution (T&D) segments as well as ATL’s performance and plans. Excerpts…

What is your assessment of the power sector’s performance in the past year? What were some of the major positive developments in the sector?

The biggest milestone that the Indian power industry achieved in the recent past is 100 per cent electrification of nearly 600,000 villages. Access to electricity will bring fruits of development to rural India, besides improving the living standard of local folks. Meanwhile, India’s installed power generation capacity is likely to reach 350 GW by the end of this year and the country is well on track to achieve “Power for All” by 2020. The country is witnessing a big leap in the renewable energy sector, while coal-fired power projects continue to improve efficiencies. However, the nation continues to face challenges with regard to issues in customer services, including brownouts, blackouts and relatively high aggregate technical and commercial (AT&C) losses. One would hope to see deeper reforms in the power distribution segment, including more of PPPs and franchises.

How has the private power transmission segment evolved over the years?

India’s power transmission segment is an essential part of the power value chain. Initially driven by the public sector, the government’s positive move to encourage private sector participation has led to faster growth of the sector over the last few years. The sector has witnessed 83 per cent higher investments during the period 2014-17 as compared to 2011-13. As of March 2018, the total transmission lines in the country are 390,970 circuit kilometres. As of March 2017, only about 7 per cent of the total transmission network is owned by private players, demonstrating the need for more private sector participation in the times to come. We feel that the transmission business has been underinvested in India. However, the award of projects worth Rs 300 billion in the past two years augurs well for the sector. It is essential that the transparent format of tariff-based competitive bidding continues to be the basis for future transmission line projects in the state as well as the central sectors.

The current AT&C losses in India are estimated to be over 25 per cent unlike advanced countries such as the US, Japan and Taiwan, where it is less than 7 per cent. This demonstrates the need to have robust reforms and technological interventions. Also, the T&D network management needs to be reinforced for supplying 24×7 reliable power to citizens and businesses. Since distribution is the last mile function in the power value chain and the financial condition of state discoms has always been a matter of concern, the government launched the Ujwal Discom Assurance Yojana (UDAY). UDAY has resulted in positive movement with savings of over Rs 120 billion nationally. However, more needs to be done. Private sector participation in T&D is emerging as a solution for India’s power sector. The central and the state governments must bring out more contracts on tariff-based competitive bidding to encourage holistic participation in T&D segments.

What are some of the biggest issues and concerns for private power transmission developers? What more needs to be done to strengthen the competitive bidding framework for transmission projects?

The private sector developers have helped bring down the capital outlay for respective transmission systems by 30-40 per cent. Similarly, timelines for the execution of projects and associated substations have been reduced too. It is hoped that the government at the centre and in the states would continue to support the movement of pursuing new investments in transmission through the transparent process of competitive bidding. It is in greater consumer interest that development should be undertaken through an established process of bidding rather than through the cost-plus principle and execution through government entities.

What were ATL’s major highlights during the past year?

During the year, we successfully acquired Mumbai’s power distribution business coupled with a linked generation project at Dahanu, and also the associated 220 kV and 110 kV transmission systems. We will be supplying reliable power to over 3 million customers. This will help us expand into the retail power distribution sector and generate value for our stakeholders. In addition, the company won transmission projects through the tariff-based competitive bidding route, acquiring two more transmission projects and increasing its total transmission portfolio by over 50 per cent over the previous year. In fact, the addition of 3,000 ckt. km of transmission lines accounted for about 10 per cent of the 23,119 ckt. km of transmission lines commissioned during the year. On the financial front, ATL’s cash reserves surged by over 69 per cent in 2017-18.

ATL was the first private sector company to introduce a high-voltage, direct current (HVDC) utility in India. We invested towards the adoption of the latest technologies and setting up of high voltage transmission lines to support the growth of the power transmission segment in India. The company has adopted higher voltage levels like 765 kV AC and 500 kV HVDC for transmission system development, which has resulted in lower losses in the system. In addition, optimisation of equipment parameters, and evaluation of transformer packages with weightage to minimum losses is? given preference.

Some innovative steps include in-house designing of transmission towers using advanced transmission line design software. Software like “Global Mapper” is being utilised for the implementation of GIS application in bidding, execution, and operations and maintenance (O&M) of transmission projects. The software calculates the cutting and filling quantity for the transmission lines and substations. ATL has ensured that substations have modern technologies, leading to the elimination of repeater stations in ongoing projects. We are focused on minimising the auxiliary power consumption by monitoring it on a monthly basis. Additional technologies and digitalisation are being integrated on a regular basis to ensure benchmark operational performance.

What are ATL’s growth plans and major focus areas in the short, medium and long-term?

ATL, being the largest private sector power T&D company, will continue to help the country scale up its existing transmission capacity and provide inclusive energy for all, in line with the government’s mission. In addition, the focus will be to look out for opportunities to expand its portfolio, both organically and inorganically. The expected market size of transmission projects is estimated to be Rs 2,600 billion in the next five years. We believe our long-term target of achieving 20,000 ckt. km of transmission lines by 2022 can contribute significantly to India’s transmission segment.

What are the plans and initiatives proposed for the Mumbai distribution business?

Our foray into the retail electricity distribution business is the largest investment by a transmission company in India. ATL aims to leverage its strong infrastructure and domain expertise to supply reliable power to over 3 million customers across 400 sq. km in Mumbai. The integrated business includes the power generation units based at Dahanu, a power transmission network across Mumbai and Maharashtra, and the retail power distribution network in Mumbai suburbs. It will be an endeavour to make this as a benchmark distribution system, both on network management and customer services. We will introduce some of the most innovative initiatives in the field of power distribution in India.

What is your outlook for the power sector in the next few years and ATL’s role in it?

The Indian government’s ambitious target of power for all by 2022 will entail ramp up of capacity in generation and shoring up of the existing transmission infrastructure. Similarly, the distribution sector needs to prop up its deliverables to ensure 24×7 power supply with a responsive commercial system. India’s demand for power has been surging consistently and it is expected that the country will cross the 400 GW mark by 2022. Although the country’s per capita power consumption grew from 765 kWh to 1,075 kWh during the period 2013-16, it lags behind the BRICS nations with China at 3,762 kWh; Brazil at 2,529 kWh, South Africa at 4,326 kWh and Russia at 6,539 kWh. The augmenting capacity in renewables coupled with thermal power is expected to meet the growing demand for more power in the future.