The third edition of the Power Line Summit was held on October 9, 2018 at The Leela Palace in New Delhi. Like the last two successful editions, this year’s summit too generated meaningful dialogue on the road ahead for the Indian power sector, and the key issues, challenges and opportunities. The summit witnessed the participation of key stakeholders including developers, utilities, policymakers, regulators, technology providers and financiers. The day-long event provided a platform to debate and deliberate on the opportunities and challenges in the Indian power sector through a series of presentations and panel discussions. In this section, we present a summary of the key sessions at the Power Line Summit 2018. The first panel discussion was on “Private Participation in Distribution”. The heads of key private discoms and distribution franchises spoke about their experience in the distribution segment, the key challenges and the outlook for private participation in the segment. The speakers included Sanjoy Mukherjee, Sanjeev Seth and S.N. Sunkari. Power Line presents an overview of the discussion… 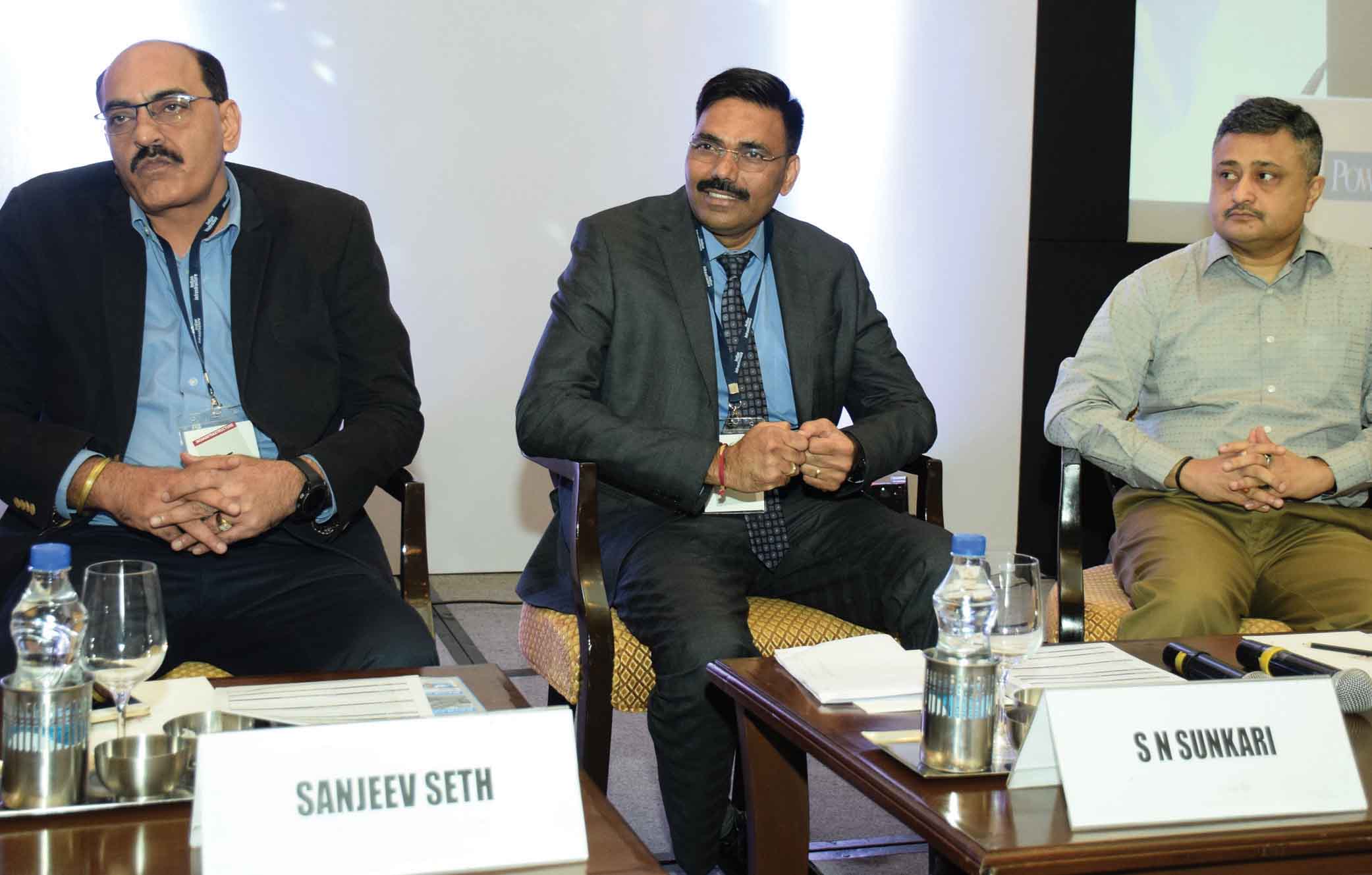 The franchise model has been a mixed bag of success. In 2011, the Shunglu panel had recommended the introduction of franchises and listed 255 towns across the country for introducing the franchise system. However, the progress has been extremely slow. Till date, only 18 bids have been invited, of which 14 have been finalised and only six or seven franchises are operational.

One of the key issues for the slow uptake has been the piecemeal approach followed by the states in the issuance of franchise bids. Very few cities have invited bids, whereas a series of bids should have come out. This has resulted in private players placing aggressive bids for the few towns on offer, resulting in unviable bidding.

Further, optimal benchmark input rates are needed for the success of the franchise model. Each town has unique geographical issues, political issues and local issues, and it is important to find a suitable solution to these issues. Essentially, these issues should be reflected in the rates. For instance, the input rate formula applied in a rural market like Gaya cannot be applied in Bhiwandi, which is more industrial.

Another issue is the lack of a partnership approach. The state governments do not hand-hold private players. Private players do not get the same level of support as discoms, and thus face significant pressures. For instance, there is a significant lag of two to three months in the billing and collection cycle owing to irregular payments. Given that franchises need to follow an aggressive lost reduction trajectory and achieve high performance levels, such a lag impacts their performance. Therefore, appropriate modifications must be made in contracts. Another challenge pertains to data authenticity. The losses given to the distribution franchise are not always the actual losses.

Besides these issues, one of the key problems with power distribution as a whole is that it is still seen as sector service-oriented and not as a corporation that needs to be self-sufficient. So fundamentally, the cost of generation is never fully compensated. What is charged from consumers is less than the cost of supply. Also, on-the-ground progress under smart metering has been very little. As a result, the segment has remained weak and new schemes could not have brought about a significant improvement.

The India Power Corporation ventured into the franchise business with the Gaya franchise in 2014 with a strategic investment in Bihar. Over a period of four years, losses were brought down from 75-78 per cent to 39 per cent, a reduction of 6-7 per cent annually. This was achieved in a large territory with a huge rural segment. Further, for the first time in Bihar, prepaid smart meters were introduced in the rural segment. The main issues for the company, however, were the collection lag and anomalies in contracts, which remain unresolved till date. Meanwhile, India Power has bid for acquiring Central Electricity Supply Utility’s licence in Odisha. It has also acquired the licence for a special economic zone in Chennai.

Essel Infraprojects has two distribution franchisees in Muzaffarpur, Bihar, and Nagpur, Maharashtra. Nagpur has a user base of 600,000. In the last two years, Essel has been able to bring in operational efficiencies. With the introduction of smart metering, commercial losses have reduced significantly and now stand at around 12 per cent. Meanwhile, collection efficiency has increased from 80-85 per cent to 98-100 per cent. However, the return on this model has not been very profitable. For the Muzaffarpur franchise, Essel is currently in the process of exit.

Kolkata-based CESC has been operating as a franchisee in three towns in Rajasthan since September 2016 – Kota, Bharatpur and Bikaner. One of the positives for CESC has been that Jaipur Vidyut Vitran Nigam Limited (JVVNL) and other state discoms have been quite supportive. Also, the distribution franchise model in Rajasthan requires capex for a minimum of five years. Till date, the company has invested capex at various critical points of the network including upgradation of transformers. It also took over the SCADA system deployed by JVVNL under the Restructured Accelerated Power Development and Reforms Programme, which was non-functional at the time. CESC has now also started the automation of ring main units. Outages are being addressed proactively because it has invested in call centres and better customer relationship management activities.

In Kota, the first roll-out of smart meters has begun, and about 70,000 smart meters have already been installed. Best practices in billing and collection efficiency are being implemented. Overall, there has been a downward trend in AT&C losses in all three cities. Smart metering in Kota has helped in accurately assessing the number of commercial consumer and loss pockets. That said, a key challenge has been building trust in the new initiatives among certain consumer segments. Several roadshows and focused group discussions with various consumer segments are being organised. Also, efforts are being made to ensure quality service.

To ensure that the franchises remain profitable, players need to ensure that informed assumptions are made at the time of bidding. The returns depend on how the quotes are modelled, what is the input price, the loss deduction trajectory and the performance of discoms. In many situations, the companies are not able to provide satisfactory returns, which is one of the prime reasons for exiting.

Community engagement is another factor that plays an important role. There is also a need to engage all the stakeholders and people welfare associations. Once all these people are taken on board, the model will have higher chances of being successful. An emerging model could be metering, billing and analytics, particularly in areas where AT&C losses have already reduced significantly. In this model, the discom has to pay only for the services.

Going forward, both licensing and franchising can work depending on the health of the discom. For instance, after UDAY and Saubhagya, if some areas continue to have a poor network, then licensing may be a good option. If only commercial losses are a problem, then a distribution franchise model may work better. Further, if some pockets have only collection issues, the metering model could be a good option. Therefore, there is no “one solution” for all states.

The private sector’s ability to strategise and plan for the long term is essential in an area like power distribution. With the right political will, regulatory environment and financial incentives, the gaps in India’s power distribution can be effectively filled through selective and well-thought-out privatisation models.