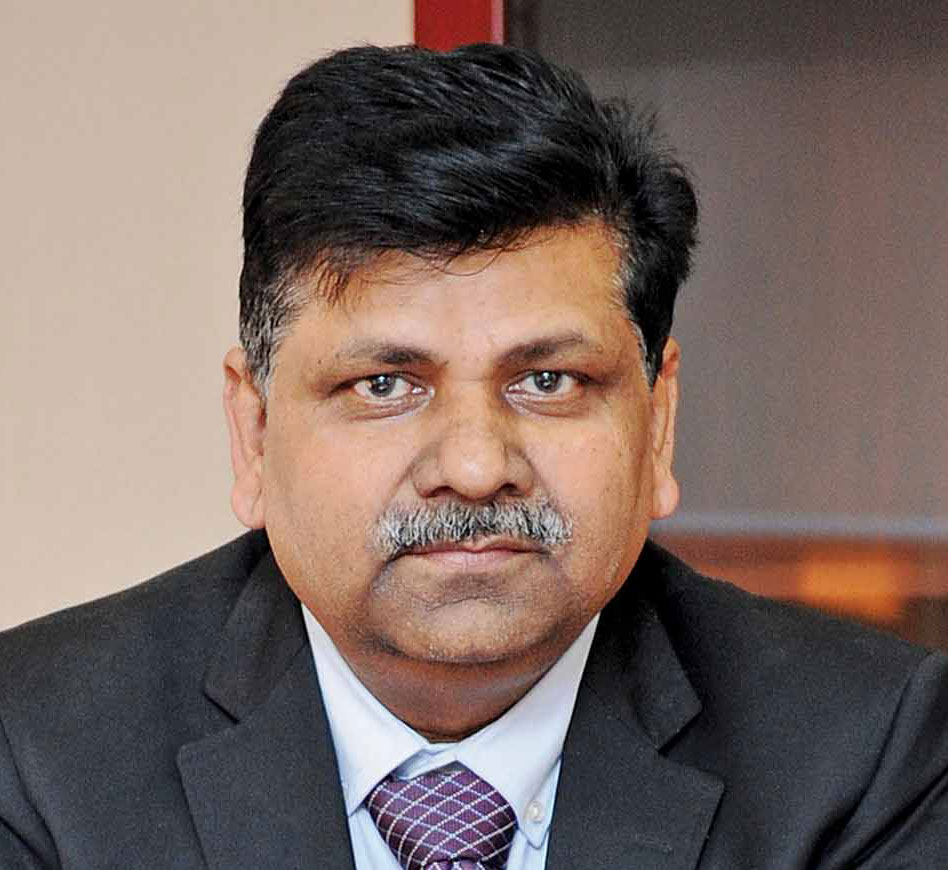 Dr Pawan Singh, who recently took over as MD and CEO of PTC India Financial Services, has big ambitions for the company…

It’s not often that people walk away from a management trainee opportunity in a company as prestigious as Tata Steel in Jamshedpur, but Dr Pawan Singh, who was all too aware that the company was one of the best in India, felt that the steel industry was not his ideal choice. He had joined the company after doing his MBA and liked the way the course plunged trainees into every aspect of the industry and how it combined classroom theory with hands-on experience. But after less than a year, he left to join Bharat Petroleum in Delhi. “I had wanted to be in Delhi because I felt it had more opportunities and the other reason for leaving was that the oil industry fascinated me much more than steel,” he says.

When Singh joined, Bharat Petroleum was booming with 25 per cent growth per annum and offering good career development opportunities for someone like Singh, who joined as a marketing executive. His three years with the company proved to be a formative experience. “As a marketing executive, you have to understand the way the market is moving. The oil industry mirrors the way the wider economy is going because it does products that go to transport, to agriculture, to industrial use. So you get a very good insight into how the various parts of the economy are moving,” he says.

Bharat Petroleum had a good system of management reporting. He had to prepare a weekly report giving market intelligence to the management team. Preparing the report, he recalls, used to be quite an “intense” exercise that solidified his knowledge of what was happening on the ground. Here too, as at Tata Steel, new recruits were exposed to everything – from working in the depots to checking the level of fuel in an oil tanker with a dipstick and checking that the fuel at a petrol station had not been adulterated (a check that involves inserting toothpaste inside a diesel tank; if it turns pinkish, the fuel adulterated). “The exposure was so comprehensive that I feel if I joined the oil industry today, I’d be able to do the work purely because of my foundation and learning from those days.”

The other similarity between the two companies for Singh was that he was voted the best trainee in both of them. But Singh had still not quite found his niche. A lot of his friends in Delhi used to talk about how they were going to sit for the civil services exam. He had no particular wish to join the services, but thought he would prepare for the Indian Railways exam anyway, more out of curiosity than desire. On passing, in 1986, he decided to join. “In those days, India was still not a market economy. A government job was still the top choice,” he says.

With an MBA and a PhD in infrastructure finance, Singh worked in the highest loading divisions of Indian Railways, in South Eastern Railway and Western Railway. “In the civil services, the responsibility level is high. The kind of responsibility I was handling was very huge, basically heading the finance of a division of about 30,000 people in all, of which 250 reported directly to me. I was given tremendous exposure and freedom to take decisions. I liked the scale of the railways. It was such an incredible job that I stayed on for 12 years,” he says. Here too, Singh shone. The railways have an unusual system of making their various divisions compete against one another in efficiency and handing out medals to individual officials who have been exceptionally efficient. Singh managed to win a medal for his own efficiency while winning one for his division too.

It was at the railways that Singh honed his management style which, in a nutshell, is “taking people along with me”. The railway unions were very strong then and often the management and unions had a testy relationship. “I managed both to deliver in terms of work and also have a good rapport with the unions. It’s not that I went the extra mile for them, no. It’s just that if you focus on the human relationship, if you treat people with dignity and listen to them, half the problem is solved,” he says.

Singh enjoys managing people. He has found that apart from motivating staff, giving them responsibility and encouraging them, it is important to take them along with you so that they know what is expected of them. “Problems arise when people don’t know what is expected of them. Give them clarity about the goals and they will fulfil your expectations on the whole,” he says.

It was some years after he married, about 12 years ago, that Singh, through his sister, got interested in Buddhism. The interest deepened inexorably and has since permeated every aspect of his life and work. The particular Japanese religious movement he subscribes to is called Soka Gakkai. “It teaches that our life is dominated by our karma. By practising Buddhism, one can pierce through one’s karma; modify the karmic pattern of living and karmic pattern of behaviour. This has influenced not just my style of working but my daily life,” he says. Initially, Singh used to think mistakenly that when Buddhists talked about the middle path, they meant compromise. “Instead, by the middle path, we mean touching both your physical and spiritual lives, the two sides of the riverbed,” he says. His morning routine includes an hour of Buddhist chanting which, he says, “elevates” his mind, helps him deal with daily problems, and keeps doubts and anxieties at bay.

After his Buddhism, the talk turns to his work in the power sector. He went on deputation to Powergrid from the railways ministry. He was general manager (finance) at Powergrid till 2005 and worked as director, finance, Delhi Power Holding Company, Delhi Transco and Indraprastha Power Generation Company Limited.

His turnaround of Delhi Transco, earlier known as Delhi Vidyut Board (DVB) and universally cursed by Delhi residents for its abysmal service, was nothing short of a miracle. Its losses, when he joined, were Rs 40 billion. He turned it into a dividend-paying, profit-making company, and also the highest credit rated company among state power utilities throughout India. This turnaround is taught as a case study at MDI, Gurugram. Hardly surprising, then, that Singh calls his five-year stint at Delhi Transco “the highest point” of his career. Wasn’t he daunted by taking on losses of such a colossal magnitude? “No,” he replies. “I have never been afraid of taking on a challenge. But first I had to establish a relationship with the state government. I was an outsider. No one had reason to have confidence in me.”

Initially, his actions irked a few in the government. Gradually, though, as they began to find that whatever he did was working, the tide turned and they started giving him a free hand. “I was the finance director. But I kept getting additional responsibilities and powers, and I used these to do whatever it took to stop the losses. The first results could be seen in the first year,” he says.

Singh did some massive financial restructuring. Slowly, the balance sheet became sustainable. The banks started lending money to the company. He also worked on improving the culture, bringing in professionals from other industries along with chartered accountants and engineers. He had to break the stranglehold of the old DVB culture. “I was able to push change through, but with a lot of resistance. Sometimes people would express their resentment to the chairman’s ex-officio chief secretary/ principal secretary. He backed me. Others in the government also supported me. It was a lot of work, but we kept moving in the right direction. If you do that, you have to come good eventually,” he says.

Singh loves the world of finance. It is his passion. CFO magazine conferred on him the title of CFO of Exceptional Calibre in 2015 and in 2017. He also enjoys teaching finance. He is visiting faculty at prestigious institutes such as the IIMs, the IITs, the Indian School of Business, and the IAS Academy. “These days, I am doing less teaching but I really like to interact with young students and share my insights with them,” he says.

In October, Singh was appointed managing director (MD) and chief executive officer (CEO) of PTC India Financial Services (PFS), the non-banking financing arm of PTC India. For the previous seven years, he had been director, finance and chief financial officer. He brings to the job 34 years of experience in finance. One of his current challenges is to deal with the issue of stressed assets. “We need to resolve these stressed assets. I have about Rs 17 billion worth of stressed assets on my books. In the last 20 days, we have been able to knock off Rs 5 billion. This quarter, or maybe next quarter, we will be able to knock off another Rs 5 billion. We are going at top speed. It needs to be resolved quickly. It is very important that, on the books, we can demonstrate quality of assets. We are a finance company. We raise capital and provide it to those who need it. We won’t get capital unless lenders find that the risk is as low as possible,” he says.

Singh has ambitions for PFS. Big ambitions. “I want to take this company to big heights. Today, I have a Rs 140 billion asset base. In the next two and a half years, I want to make it a Rs 300 billion company. By the time my tenure ends in five years, I want it to be a double-of-that company.” As to life after PFS, he says he hasn’t given it any thought. “Sometimes it is best to take life as it comes. But at the core of everything is my spiritual practice. That is where I draw all my strength from,” he says.