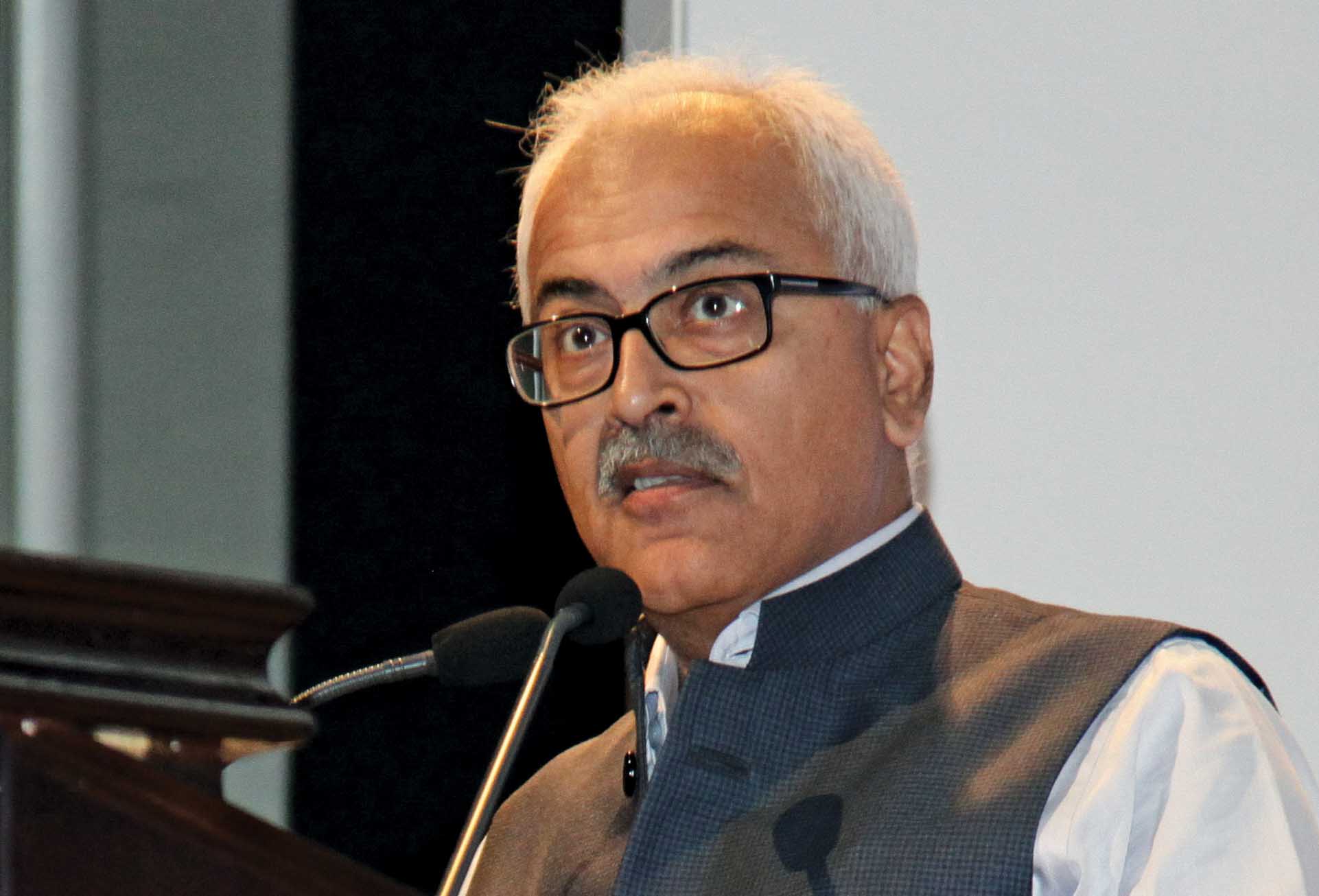 “India is emerging as a leader in energy efficiency”

India is moving at a brisk pace to grow its renewables capacity, with record capacity additions in solar and wind power. However, grid balancing remains a problem. In this scenario, coal-based power is likely to remain an important part of the energy mix in the years to come. At the recent 12th India Energy Summit 2018 organised by the Indian Chamber of Commercein New Delhi, Ajay Kumar Bhalla, secretary, Ministry of Power, spoke about the outlook for coal-based power, the government’s key priorities, recent initiatives, progress in electrification and energy efficiency initiatives, among other things. Excerpts…

At the 2015 United Nations Climate Change Conference (COP21), India made a commitment of achieving 40 per cent non-fossil fuel capacity by 2022. By the end of 2017-18, we had achieved 35 per cent and by the end of fiscal 2022, we will be at 50 per cent. This is definitely a target that is under control. As far as the commitment to reduce our emissions is concerned, we have undertaken a number of energy efficiency measures. Globally, our efforts in achieving energy efficiency have been appreciated and India is emerging as a leader in this area.

Under Pradhan Mantri Sahaj Bijli Har Ghar Yojana (Saubhagya), each and every household needs to be connected with electricity. Currently, less than 5 per cent, or around 10 million households, remain to be electrified. There are many households that have electricity connections, but these are to be regularised. We are very hopeful of connecting all the households by the end of this calendar year.

This has been a very difficult programme to implement as it involved taking electricity to remote areas that are difficult to reach. Therefore, once we had connected all the villages, there were still many habitations and houses within them that needed to be connected. Notably, Bihar, the state that had the second highest number of households, has completed household electrification in October this year. Jammu & Kashmir is another state that has completed household electrification. The state found some innovative solutions for connecting households in the upper reaches wherein, after wiring, electrification and installation of energy meters, the households were finally connected to the grid. The momentum at which the scheme is working is huge.

Role of coal in the energy mix

Another concern has been with regard to building new coal-based power plants in the context of our target of having more than 40 per cent non-fossil-fuel-based installed capacity. First, some of the coal-based power plants are already under construction or planning, or are being developed as brownfield plants. However, we need to replace some of the most inefficient capacities. Also, as we plan to bring in more renewables into the system, it requires balancing power, which, ideally, should come from traditionally cleaner conventional sources of energy such as hydro. While we have been doing many projects in the hydro sector, the percentage growth in this segment has not been in line with the growth taking place in the solar and wind energy segments. So, the question is, how can renewable energy be balanced at this stage? Gas-based power is, of course, a relatively clean fuel, but gas availability in the country is an issue. A large quantum of renewables is projected to be added by 2030 and this will need balancing power. Hence, we are looking at ultra-supercritical and advanced ultra-supercritical technologies.

Today, we have about 200 GW of coal-based power plants. In the years to come, this will come down gradually. Till October this year, we recorded a negative addition in coal-based power – an IPP unit (600 MW) has been commissioned; however, we have shut down the Badarpur power plant (705 MW). In the next four to five years, while there is some construction taking place, some plants will have to be shut down. Some of the units of the Damodar Valley Corporation (DVC) in Jharkhand and Punjab have also been shut down. There is a phased plan to shut down about 15,000 MW of capacity.

We produce a lot of coal. This is a cheaper source of energy and cannot be simply taken out of the system. Power is not a sector where there is an easy entry or exit for players. The cancellation of coal blocks was a setback. Power plants have experienced a lot of stress because of coal availability and other issues, which we are still struggling to handle by trying to revive the plants. Hence, a coal linkage policy was brought in. All the plants without power purchase agreements (PPAs) can obtain coal linkages under the Scheme to Harness and Allocate Koyala Transparently in India (SHAKTI), and look for PPAs in two years’ time. Coal block auctions have taken place and commercial mining is also on the table by the Ministry of Coal. However, we simply cannot think of shutting down all the coal-based power plants and say we will have alternative sources of energy. Rest assured, coal will be a part of the energy mix and remain so. Our energy mix should be such that we can ensure that we will maintain this level of coal, even as there is a lot of incremental addition of renewables.

Next round of power procurement auctions

We found that a lot of interest is coming up for the scheme to auction 2,500 MW of medium-term PPAs. So definitely there would be PPAs coming up on the block. This was a pilot. We will try to bring a formal scheme for another round of 2,500 MW medium-term PPAs. Meanwhile, the learnings from this pilot and the issues raised by the stakeholders will be discussed.

We have a very ambitious programme to add solar and wind power. Besides, there are a number of proposals under discussion and implementation. Hybrids have already been put on the table by the Ministry of New and Renewable Energy. Offshore wind projects are also coming up. Further, large tracts of areas in Leh are being exploited. Transmission systems are being set up so that it becomes economically viable to evacuate power from renewable energy plants in this region.

On the energy saving side, we are doing a lot of work. We have launched the Energy Conservation Building Code, 2017 (ECBC 2017) for commercial buildings. A draft is also ready for residential buildings and will be circulated. A few states have already begun adopting the new norms and overall, there is a thrust on setting up more energy efficient buildings. Trigeneration is another important area. One of our companies, Energy Efficiency Services Limited, has signed an MoU in this area with GAIL Gas Limited (a subsidiary of GAIL India Limited) for fast-tracking the implementation of cogeneration and trigeneration projects and the use of natural gas in the industrial and commercial segments. As many cities are coming under the city gas distribution network, natural gas can be used for multiple purposes and the MoU will bring in more improvements in energy savings.

If we keep working on these aspects, our carbon emission footprint will definitely come down. Overall, if we maintain 200 GW of coal-based power and achieve significant carbon savings, it will be much easier for us to maintain our commitments and make our climate clean. We will continue to work in this direction.