On December 6, 2018, the Cabinet Committee on Economic Affairs (CCEA) gave in-principle approval for the sale of central government’s 52.63 per cent stake in REC Limited (formerly Rural Electrification Corporation Limited) to the Power Finance Corporation (PFC) along with the transfer of management control. The move is expected to create a public sector behemoth for power sector financing.

According to the CCEA, “The sale is intended at achieving integration across the power chain, obtaining better synergies, creating economies of scale and enhancing capabilities to support energy access and energy efficiency through improved power sector financing. It may also allow for cheaper fundraising with increased bargaining power for the combined entity.” Power Line takes a look at the contours of the proposed deal and its impact on the two non-banking financing companies and the sector at large…

The PFC-REC deal is in line with the government’s intention of creating public sector giants by integrating firms with similar businesses to reap the benefits of economies of scale and increase competitiveness in the global space. In 2017-18, the government carried out a similar exercise by consolidating two major PSUs in the oil and gas sector – are Oil and Natural Gas Corporation Limited (ONGC) and Hindustan Petroleum Corporation Limited (HPCL). ONGC bought the government’s 51.11 per cent stake in HPCL for Rs 369.15 billion in January 2018. This led to the formation of a vertically integrated oil major and also helped the government cross its annual disinvestment target for the first time. The government had initially set the 2017-18 disinvestment target at Rs 750 billion, which was revised to Rs 1,000 billion. It generated Rs 1,000.56 billion from the  disinvestment. 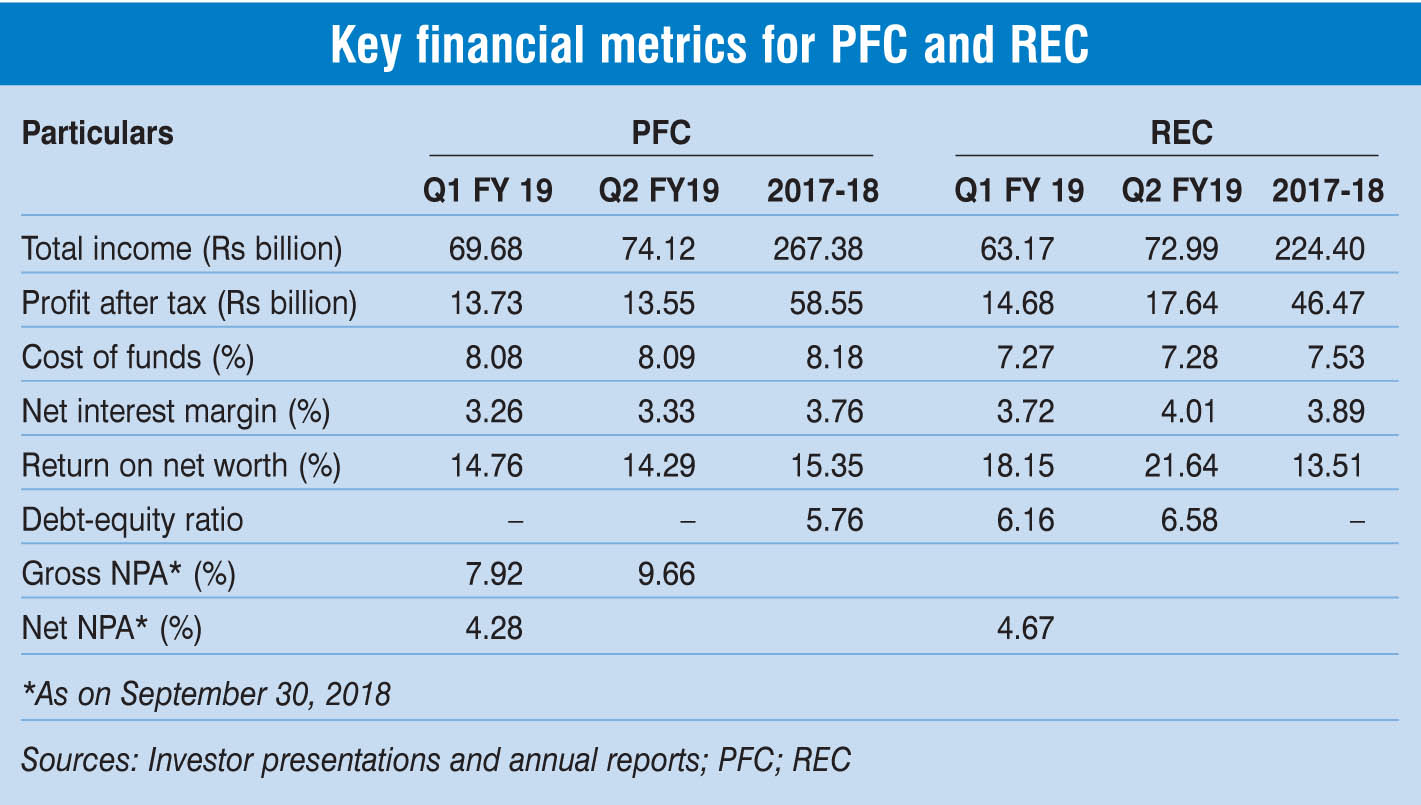 The proposed deal seems positive for the sector in the long run but can have an adverse effect on PFC’s and REC’s credibility in the immediate term. The MoP has, reportedly, expressed concerns over the entities’ operational and administrative issues post acquisition.

The ratings of PFC and REC are under review for downgrade by credit rating agencies such as Moody’s Investors Service, ICRA and India Ratings. According to Moody’s, the proposed acquisition is credit negative for PFC as it will weaken the entity’s capital adequacy ratios. Although the deal could create some operational synergies, as both PFC and REC operate in the same business segment, the negative impact from lower capital levels will outweigh any potential synergies, it adds.

According to India Ratings, the acquisition will increase the financial leverage of PFC and impact its return on assets and return on equity. However, it adds that the positive liquidity of PFC during October 2018 to March 2019 will address the liquidity concerns. The ratings of REC and PFC will be aligned. However, until the formalities of acquisition are complete, India Ratings will continue to rate REC on the basis of the support it receives from the central government as a public policy institution. As indicated by ICRA, the proposed acquisition by PFC is likely to impact its capitalisation profile adversely as it will have to knock off its proposed investments in REC from its net-owned funds, for capital adequacy calculations. Additionally, if the acquisition is entirely debt funded, the gearing levels for PFC will increase, from the current 6.4 times to around 8 times in the near term. After the proposed acquisition, the management control and ownership will get transferred to PFC, and the latter’s credit profile will have a bearing on REC’s ratings. Further, REC will be dependent on PFC for raising external capital, if any, thus constraining the overall capitalisation profile of the two entities. 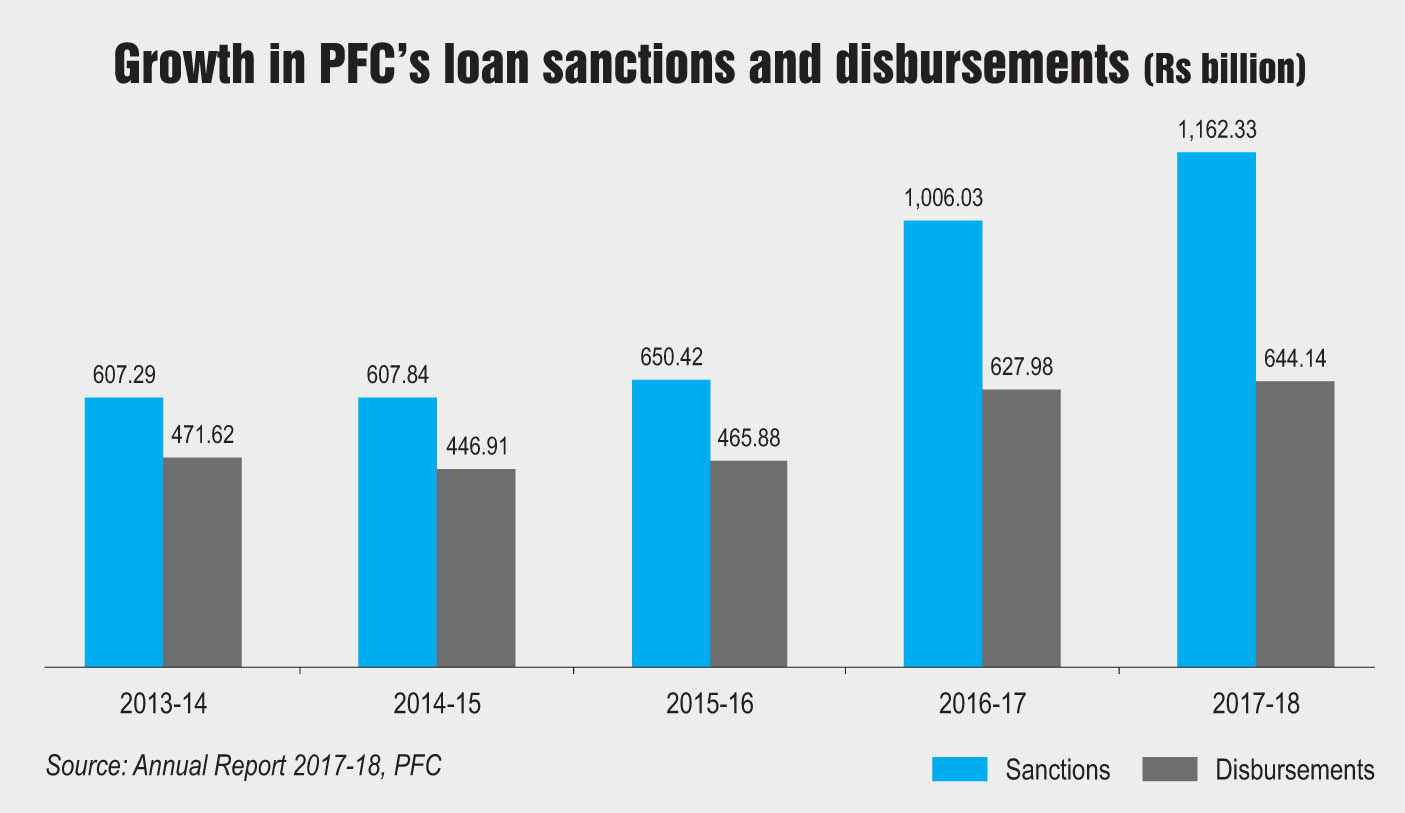 PFC has started negotiations with banks to raise funds to buy out the government’s stake in REC. It has already sought Rs 70 billion from domestic banks. PFC also plans to approach foreign banks for raising a part of the funds, as domestic banks are likely to be restricted by the regulatory limits set on exposures to a single entity. According to the Reserve Bank of India’s norms, a bank’s exposure to a single borrower is capped at 15 per cent of capital funds. Besides, there are issues whether PFC will be required to make an open offer to minority shareholders post the acquisition because in that case it would have to acquire more than the government’s 52.63 per cent stake in REC. As per the Securities and Exchange Board of India’s (SEBI) rules, if a company acquires more than 25 per cent stake in another listed company, it has to make an open offer to minority shareholders to buy at least 26 per cent more in the target firm. Reportedly, PFC will seek an exemption on this from SEBI since it is a related party transaction (ONGC too was exempted from making an open offer to minority shareholders of HPCL).

In the coming days, the contours of the deal, which is expected to close by January 2019, will be decided by a group of ministers. Various regulatory approvals will have to be sought from the Competition Commission of India and RBI. To take the process forward, both PFC and REC will appoint separate investment advisors to work in consultation with the government-appointed adviser, ICICI Securities. 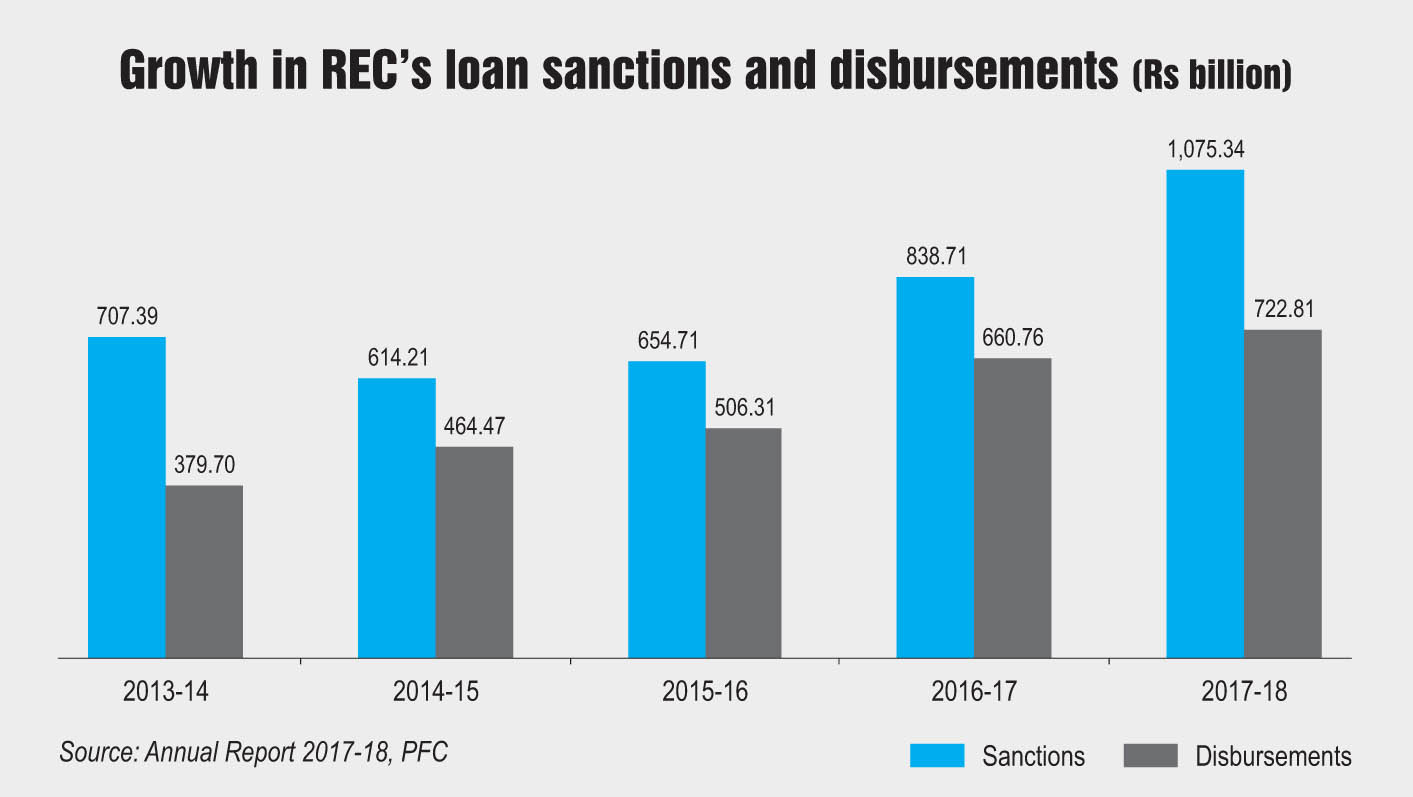 The positive side, according to sector experts, is that post acquisition the public sector financing behemoth will be able to leverage its balance sheet to borrow funds from the market at lower rates while also gaining a wider reach. It is estimated that the combined PFC-REC entity will have a bottom line of nearly Rs 100 billion. The mega lending institution’s market capitalisation is expected to reach about Rs 1 trillion in the next three to four years. The consolidation will also help in reducing competition in the power project lending space and instill better financial discipline among borrowers, especially the discoms.

Going forward, the sector could be headed for one more mega merger and acquisition deal in the energy space this year. The government is reportedly proposing to sell its stake in SJVN Limited to NTPC Limited to meet its disinvestment target. NTPC is likely to pay around Rs 80 billion for acquiring the government’s 63.79 per cent stake in SJVNL.

Net, net, whether these mega PSU merger deals can create value for stakeholders or achieve the desired synergies in the long term, will be closely tracked/ deeply evaluated by industry pundits.