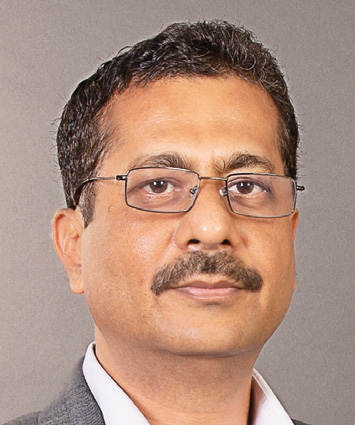 A seasoned finance professional with over two decades of experience with public sector undertakings (PSUs), S. Gopal, director, commercial, Energy Efficiency Services Limited (EESL), joined the company about two years ago. He is proud to be a part of the EESL team, which has grown exponentially over the past few years and entered new avenues such as electric vehicles, smart meters and trigeneration. “I aspire to be a key contributor in taking EESL to new heights and bringing it on a par with large-scale PSUs,” says Gopal.

Gopal has previously worked with Power Grid Corporation of India Limited. During his 20-year stint with the company, he was primarily involved in mobilising resources and facilitating the public equity offering for the company. He handled a wide range of portfolios, from international finance to budgeting and auditing.

Commenting on power sector trends, Gopal says, “Over the past few years, the energy discourse has witnessed a paradigm shift, from a focus on generation and distribution to demand-side management. Energy efficiency has played a significant role in strengthening distribution and reducing AT&C losses.”

Gopal’s most memorable assignment was facilitating the listing of EESL on the Bombay Stock Exchange in the wholesale debt market segment. “This enabled us to raise long-term loans in the debt market, besides enhancing the image of the company in the capital market,” he says. Also, he played a key role in EESL’s acquisition of EDINA, a UK-based firm engaged in the supply, installation and maintenance of combined heat and power, gas and diesel power generation solutions.

On his working style, Gopal says he likes to engage with his team right from the planning stage. “I assign roles to individuals based on their performance and involve them in the decision-making process as this leads to more informed outcomes,” he says.

Gopal is a commerce graduate and a certified management accountant. He is an avid reader and particularly enjoys books on management and finance. He is currently reading International Financial Management by Geert Bekaert and Robert Hodrick while his all-time favourite is Rich Dad Poor Dad by Robert Kiyosaki and Sharon Lechter.

Going forward, he wishes to see EESL scaling new heights. He says, “We have been working hard and we hope to increase our turnover to five digits in the next five years.”