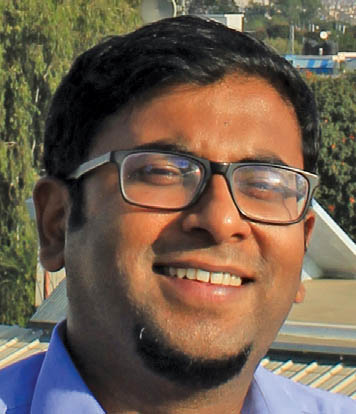 Ramnath Vaidyanathan is a clean energy and environment evangelist with a decade of experience in the sustainability sector. He has worked in a wide range of roles from regulatory/policy to process engineering, operations, strategy and advisory. He is currently CEO at WiSH Energy Solutions, a fully owned subsidiary of the Enzen Group. “We are a clean energy company focused on delivering outcome-based solutions using combinations of renewable energy. We are also manufacturing microwind turbines,” he says.

The sector is in a transition phase, he notes. While the regulatory focus in the last decade has been on utility-scale renewables, there is a growing focus on hybrid systems, microgrids and distributed energy systems. These are gaining traction due to their lower costs, fewer infrastructural challenges, and commercial viability. “Al-though a few states like Uttar Pradesh and Bihar have come up with microgrid policies, a national policy is still under preparation. We have had very positive interactions with the MNRE and expect concrete policies soon.” He believes that at a conservative cost of Rs 40 million per MW, the sector is looking at a market potential of Rs 3,000 billion for microgrids. However, last mile connectivity, energy access, quality of power and grid instability still pose challenges.

One of Vaidyanathan’s most satisfying projects has been the designing of a low wind speed wind turbine, which he and his team achieved in his current role, jointly with National Aerospace Labora-tories. This was a breakthrough that will open numerous opportunities, he says.

Vaidyanathan’s management style pivots on strategy, organisation building, mentoring and knowledge management. A trained home brewer, he has been brewing and writing about craft beer for a decade. He has been playing the bass guitar for various bands since he was 17, and has a large amount of recorded material to his credit. He plays football often and religiously follows Arsenal. He is a voracious reader and quizzer. “My life goal is to have a Wikipedia page for myself, which shows that I left the world a better place than the one I inherited,” he says. A  chemical engineering graduate from Sat-hyabama Institute of Science and Technology, Chennai, he also has a master’s in environmental science and engineering from Stanford University, USA and NTU, Singapore, and an MBA in strategy and marketing from ISB, Hyder-abad. His family includes his wife, a product manager with TCS, and his parents.