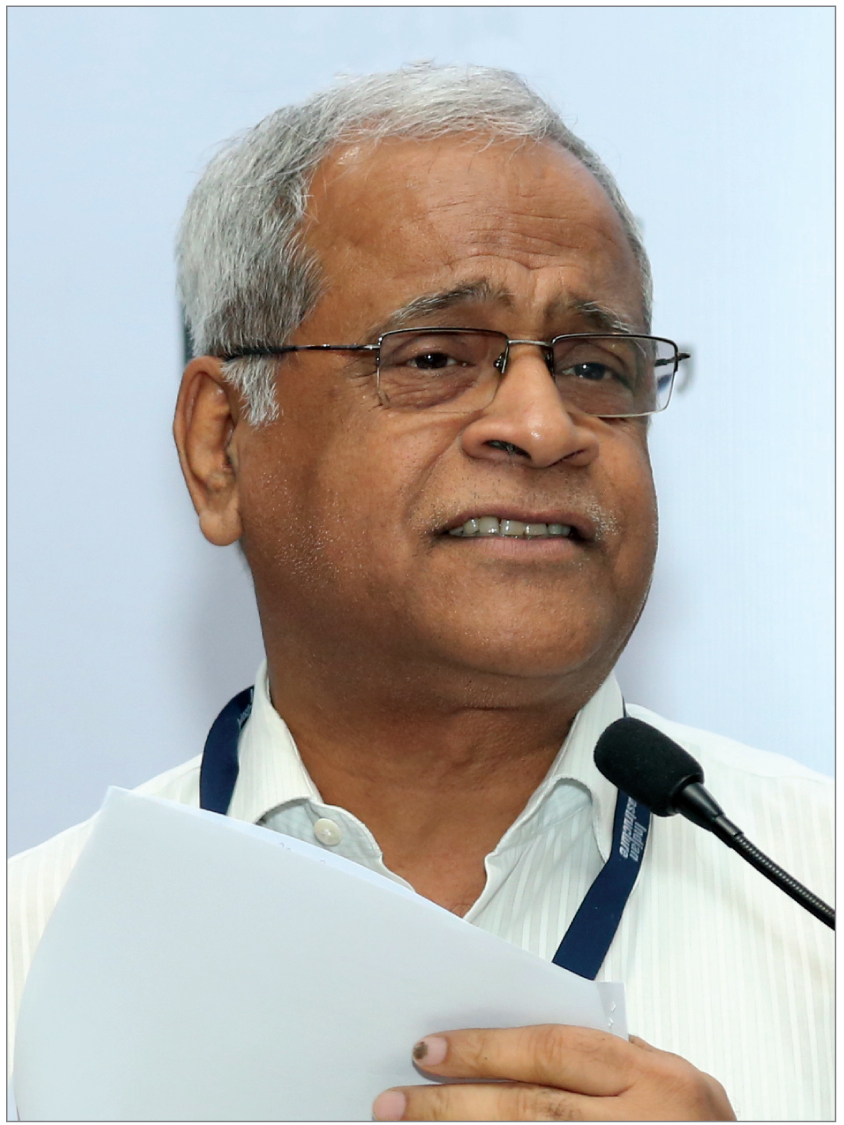 The transmission grid is expected to evolve significantly in the next few years to meet the emerging challenges of large-scale integration of renewable energy generation, distributed energy sources, interconnection of the grid with neighbouring countries for achieving cross-border power transmission, introduction of new products in the electricity markets, need for faster scheduling and automatic controls, among others. At Power Line’s recent conference on “Power Transmission in India”, S.K. Soonee, adviser, Power System Operation Corporation Limited, shared his vision for the future congestion-free power grid, the challenges that it must overcome as well as the way forward for optimising the power system development. Excerpts…

There are also a few things that have really changed in the segment. First, there is now a market. Second, renewable energy sources have come up. So, transmission is going to remain the centrepiece of the whole power jigsaw puzzle.

The power system is very complex where everything interacts with everything else and nobody is in full control. Also, no one can understand the complexity of the whole power system. And, the transmission segment is no less complex.

Two aspects of the power system that have not been discussed much are reliability and resilience. However, with more renewable power coming into the grid, bringing along the problem of intermittency, continuous and reliable power supply has now become very important for the grid.

The transition towards decarbonisation has to be handled very carefully. If we have to integrate renewables, the first thing to do is to build transmission as it is a least-regret investment. We also need to introduce flexibility wherever possible including in thermal assets, transmission systems and market design.

We now have a new regulation on transmission planning. It took us quite some time to come up with this. While it is not yet giving us the expected results, a couple of years down the line, the regulation will help us in evolving the desired transmission system because transmission is a public service.

Financial sustainability of the system is, however, a cause for concern. Everybody wants a public service, but nobody wants to pay for it. With transmission charges increasing at a CAGR of 6-7 per cent, there is a concern that building transmission systems is becoming very expensive. Going forward, investments in the transmission segment will not take place at the same speed as has been seen in the past decade and investments will largely come in at the intra-state and the local levels. While it is possible to have a congestion-free system even after building renewable capacity of 175 GW, the concern is at what cost and whether it will be financially sustainable or not.

Transmission is also the key to competition in generation. Once transmission infrastructure is built and everybody has access to the whole market, all the generators will be in competition with each other. Other than during peak hours, all costly generation will get reduced. Plants will be shut down and the moment the plant is shut down, transmission will come under stress. While planners have thought this issue through, such a stress test on transmission is yet to take place. It is expected to occur in the next couple of years when overall optimisation takes place and cheaper power keeps replacing costly power till the costly power is completely shut down or there are transmission constraints. The market will tell us where the weaknesses are in the transmission system. The n-1 criterion is well known in transmission planning, wherein if a component trips, the system is still reliable. However, we need to also think of the n-g-1 scenario, that is, when power plants are closed temporarily, whether network security can still be guaranteed.

Another area to look at is the utilisation factor for transmission. For thermal power plants, a plant load factor (PLF) of 80-85 per cent was considered high. However, the moment adequacy was reached, PLFs started coming down and they are now hovering at around 60 per cent. We may perhaps never see the 80 per cent PLF level for the country as a whole again, except for cheaper power plants. Power plants that were bid assuming 80-85 per cent PLFs are under stress. Similarly, for transmission we need to think about and reconcile what the utilisation factor should be.

Another important area is cross-border power transmission. We have cross-border regulations in place as well. Cross-border lines are being built with Bangladesh, Bhutan, Nepal and, now, even with Myanmar. Very soon, we will have all these countries participating in the Indian electricity market.

Over time, there have been a number of initiatives for grid operations including stabilising the frequency as well as improving voltage profiles. We are now trying to move to granular scheduling. We have moved prices from hourly to 15 minutes and in future we need to be prepared for five-minute price discovery and scheduling. Unless we go for granular scheduling, the value of storage, peakers or flexibility will not be realised.

Storage is a technology that we cannot afford to not have expertise in. We must know about batteries, whether flow or lithium ion, and all the associated issues, develop confidence and run pilots. At the distribution level, the maximum value will be served where we can replace wires by batteries, in areas such as Kolkata, Delhi and Mumbai. It will also greatly help during peak demand periods, as well as for resilience and disaster management. However, at the transmission level, whether this is a right investment at the large scale is doubtful. The grid has, at any point of time, around 200 GW of rotating machines and at least 100-150 GW of rotating machines connected to it. This is a huge inertia, so putting this technology at the grid level at present will have to be in gigawatt terms.

Another aspect that will be important is reserves. We have had decades of chronic shortages as a result of which the concept of reserves has not evolved. Now that we have no other option but to meet the full load, the value of the lost load is taken as high and we cannot shed load anymore. Ancillary services are a must to counter the intermittency and variability of renewable energy sources. We have a couple of years of experience of ancillary services at the interstate level and are now moving towards the intra-state level. Every state must have reserves and ancillary services. States have already started working towards this.

Once merit order operations come in, we have to assess the transmission requirement at the state level. We will also need to have many flavours of ancillary services. There are a number of pilots that are going on for fast response ancillary services (FRAS) and on considering hydro as FRAS. We need to make use of these pilots.

There are also some hygiene factors required at the state level for the market. We have a report – Scheduling, Accounting, Metering and Settlement of Transactions in Electricity – that will help in making the market more vibrant and robust. We hope that within a couple of years there will be better accounting practices and standards adopted at the intra-state level and every state will be capable of doing pukkaa accounting and tracing every transaction.

Another recent report is Capacity Building of Indian Load Despatchers. We want to have intrinsic capacity. We need to have specialists who know regulations, markets, etc. So, we need black-belt operators who can operate the grid very well. To this end, we have had an extensive discussion with all the load despatchers.

Another aspect that will evolve going forward is creating a market for transmission itself. So far, privatisation is only for the construction of transmission lines. Transmission, at present, is immune to the power flow. It is a sunk fixed cost. So, what happens if there are financial transmission rights and sophisticated derivatives are introduced? The transmission requirements would be realised only when the real-time market comes in, that is, how and where power will be required, who has the capacity to buy it and who has the option to reduce generation and do arbitrage, etc.

Going forward, another aspect in transmission planning will be security constrained economic despatch. We are currently running the mechanism pan-India with 130 units of about 50 power plants with around 50 GW capacity, but gradually there will be a move to competitive procurement for all plants in the real-time market.

The transmission canvas is far too big. You can start from any one end and still cannot cover everything.