Stressed assets were a constant problem for the power sector in the past year. At the same time, significant developments such as the mandatory adoption of letter of credit (LC) as a payment security mechanism in power purchase agreements (PPAs), the expected launch of the second phase of the Ujwal Discom Assurance Yojana (UDAY) and proposed reforms under the new tariff policy provided some assurance to lenders. Leading financiers in the power sector shared their views on its performance and the future outlook…

What is your assessment of the power sector’s progress in the past 12 months? 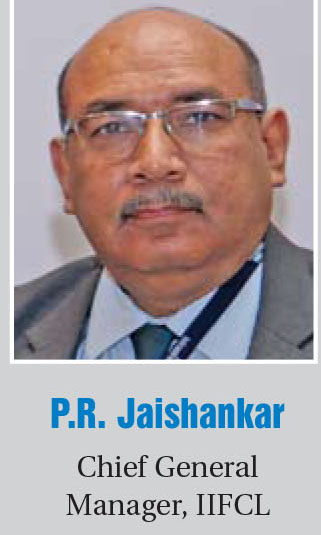 The energy landscape in India has changed drastically in recent years. While coal-fired generation has seen increasing pressure due to over-capacity and low utilisation, the renewable energy and transmission segments are gaining prominence. India’s installed generation capacity stands at over 360 GW as of July 2019, of which more than 80 GW is based on renewables.

While the power sector has made swift progress in terms of capacity addition, it has witnessed an increasing amount of stress over the past few years due to several reasons. As per recent estimates, around 66,000 MW of capacity is facing varying degrees of financial stress. This includes 54,800 MW of coal-based power, 6,830 MW of gas-based power and 4,570 MW of hydropower with lenders having an exposure of around Rs 3,000 billion. The key reasons for the stress include projects being set up without coal linkages, lack of PPAs, aggressive bidding by developers, contractual and tariff-related disputes, promoters’ inability to infuse working capital, delay in project implementation and subsequent cost overruns.

The ongoing crisis in the distribution segment due to the poor financial health of discoms has adversely impacted the power sector. According to information available on the power ministry’s PRAAPTI portal, discoms owed Rs 746.55 billion for the power bought from gencos as of end-July 2019. Of this, the overdue amount stood at Rs 550.68 billion. In addition, the recent attempts by state discoms to renegotiate PPAs may not bode well for both domestic and foreign investors in the sector. As per official data, FDI in the power sector declined from Rs 104 billion in 2017-18 to Rs 73 billion in 2018-19. In view of the existing state of affairs, the government has made it mandatory for the state discoms to offer LCs as a payment security mechanism in PPAs. This has been done to ensure timely payments by the states to electricity generation utilities.

Since the power sector constitutes about 55 per cent of the gross bank credit of scheduled commercial banks in India, it is important to resolve the stress in the sector to avoid a spillover to the other sectors of the economy. The effective implementation of the Insolvency and Bankruptcy Code can help in improving the recovery rate of stressed assets in the sector. 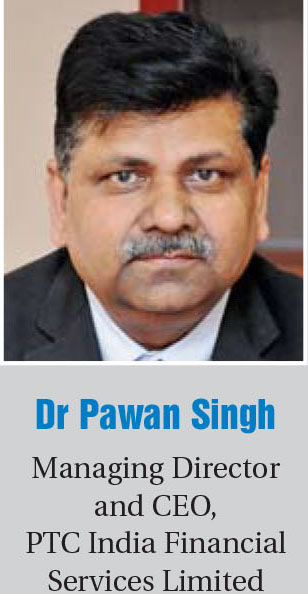 While the past year witnessed continued thrust on the renewable sector with the government backing its growth to the hilt, the sector has faced issues such as undersubscription of bids, negotiations after the competitive bidding process, and bidders’ discomfort with the ceiling tariffs in the bidding process. However,  Andhra Pradesh’s call for the renegotiation of already concluded PPAs seems to have been the last straw. It has caused huge uncertainties for developers, lenders and investors, and put a huge question mark on the entire business environment of the country.

The power sector is plagued with some inherent risks associated with discom payment to the power generators. In this regard, the Ministry of Power has recently issued an order, directing the National Load Despatch Centre (NLDC) and the regional load despatch centres to despatch power only after it is intimated by the generating company and distribution companies that an LC for the desired quantum of power has been opened. While the provision regarding maintenance of an adequate payment security mechanism by way of an LC was already provided in the PPAs, it was not adhered to by most of the discoms. It is envisaged that this move will contribute favourably to building the trust and confidence of power developers and allay their concerns regarding delayed/non-payment  of dues.

The initiative of the Central Electricity Authority (CEA) to address the issues related to delayed payments by discoms is another step highlighting the seriousness of the government to address the power sector’s woes. In view of the same, the CEA is planning to maintain a database of all outstanding dues of renewable developers with distribution companies.

Another positive development has been the convergence of the power and mobility sectors, leading to the initial growth of the e-mobility space. There is clear government focus on the accelerated development of charging infrastructure for electric vehicles (EVs) in the country. In this regard, the Ministry of Power published the “Charging Infrastructure for Electric Vehicles – Guidelines and Standards” on December 14, 2019.

What are the sector’s unaddressed issues and concerns?

The distribution segment is the Achilles’ heel of India’s power sector. The major causes of distress in the sector are the high cost of power purchase, flawed planning, persistent AT&C losses, inefficiencies in capital expenditure and skewed tariffs. The UDAY scheme, launched in 2015, to revive ailing state-owned electricity discoms, has not been able to significantly improve the health of discoms. As per a CRISIL study, the aggregate external debt of discoms is likely to increase to pre-UDAY levels of Rs 2,600 billion by the end of 2019-20.

While discoms have enjoyed the benefit of debt reduction, they have been slow to implement the structural reforms required for a turnaround. For instance, AT&C losses reduced by only 400 bps till December 2018 as compared to a target reduction of 900 bps from pre-UDAY levels. Further, the average tariff increase was merely 3 per cent per annum, as against regular tariff hikes of 5-6 per cent per annum required under the UDAY scheme. As most states are facing fiscal constraints, discoms need to become commercially viable themselves through prudent tariff hikes and a material reduction in AT&C losses. This calls for urgent structural reforms on the part of discoms. Ensuring cost-reflective tariffs and a significant reduction in AT&C losses through measures such as smart metering are the need of the hour. Further, the government must lay emphasis on the development of smart grids to link the source of power to users through the integration of renewable energy sources, smart transmission and distribution. This could reduce the stress in the ailing power sector, and allay the concerns of generating companies, investors and lenders.

The power sector in India is plagued by various issues. These issues can be classified as commercial, regulatory, financial and technical. Over the years, the government has taken several steps to overcome these challenges. However, some critical issues still remain unaddressed. These include:

What is the investment outlook for the sector for the next one to two years?

The pace of capacity addition is expected to slow down over the next few years owing to the lack of PPAs, the weak financial position of players resulting in a slowdown in private sector investment, and moderating power demand. Meanwhile, investments in the transmission segment are expected to increase over the next few years, led by robust growth in both inter and intra-regional transmission as well as rising private sector participation. With regard to the government’s goal of adding 175 GW of renewable energy capacity by 2022 and increasing it to 450 GW later, there is an urgent need to invest in energy storage considering the intermittency of renewable power supply. Also, given the sustainable energy objectives of the country and the importance of coal-based power plants, there is a need for building capacity for cleaner and more efficient coal technologies.

In the next couple of years, the power sector is expected to witness qualitative and quantitative changes in investment. While investment in the past was mainly driven by capacity addition in generation, especially thermal generation, future investments may not follow the same trajectory. CRISIL Research estimates that only about 35 GW of conventional generation and 44 GW of interregional transmission capacities are expected to be commissioned during the period from 2018-19 to 2022-23. Some of the new avenues for investment are:

The power sector continues to be one of the core infrastructure sectors, playing a pivotal role in the growth of the economy. Given the importance of this sector, there have been concerted efforts by the government to make it even more conducive for investments. While recent events such as delays in payments by discoms have created ripples in the investor circle, the long-term investment outlook for the sector is definitely positive.

The total FDI in the sector for the period from April 2000 to June 2018 stands at $14.18 billion, accounting for 3.64 per cent of the total FDI in the country. This is also on account of 100 per cent FDI allowed in the sector under the automatic route and the growth of the renewable sector (wind and solar power) in recent years. A large number of global power utilities have set up their offices in India and are involved in bidding and developing renewable projects in the country.

Another potential area for investment is the electric mobility space. In this regard, The Faster Adoption and Manufacturing of Electric Vehicles II (FAME II) scheme, which was notified by the union cabinet in February 2019, aims to accelerate the Government of India’s transition to a clean mobility future, with the electrification of transportation as a primary focus area. Under the Fame II scheme, the government has approved Rs 100 billion primarily to be used as incentives/subsidies. Further, an interministerial panel has recently sanctioned 5,645 electric buses for operations in 65 cities, in a move towards environment-friendly mobility. In the coming one to two years, this sector will receive greater interest from various investors (utilities, private equity investors, etc.).

That said, the future investments will depend on regulatory certainty and long-term clarity on tariffs. It would be also appropriate that price discovery happens through a transparent competitive process. Beyond this, there should be no intervention. There should be at least a cushion left for the equity investor, especially when it may be dealing with a variety of risks. There is also a need to capitalise and strengthen institutions like IREDA, PTC India Financial Services Limited and Tata Clean Tech as these are qualified to handle the huge financing needs of the renewable and other infrastructure sectors. Moreover, the prime minister is focusing on a recycle economy. Therefore, specialised institutions need to be put in place to fund projects and investments in this area.