High operational losses and financially strapped balance sheets of discoms continue to hamper the development and strengthening of the power distribution network in the country. The government is now looking to roll out the second phase of the Ujwal Discom Assurance Yojana (UDAY) and a new tariff policy to improve sector performance. Besides this, the growing penetration of renewables and electric vehicles (EVs), and large-scale smart metering are expected to change sector dynamics in the near term. Power Line invited leading discoms to share their views on the sector’s performance and the future outlook…

What is your assessment of the power sector’s progress over the past year? 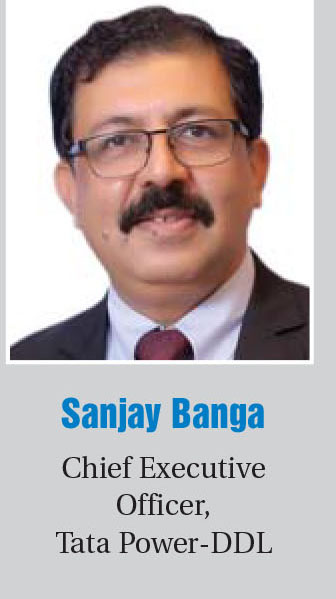 The power sector has shown a lot of dynamism in the past two years. The speedy implementation of schemes like Saubhagya, the Deendayal Upadhyaya Gram Jyoti Yojana (DDUGJY) and the Integrated Power Development Scheme (IPDS) have ensured that electricity reaches every nook and corner of the country. Further, the amendments proposed for the National Tariff Policy and the Electricity Act are all forward-looking and aim to take the sector to newer heights once implemented in the true spirit. Going forward, the sector will require more private sector participation across the value chain, especially in the distribution space, for overall sustenance. Even after seven decades of independence, the distribution segment continues to be the weakest link in the power sector value chain, plagued by tremendous losses, mounting dues to generators, non-cost-reflective tariffs, inefficient service delivery systems, etc. I believe we should usher in competition in the distribution sector through the public-private partnership (PPP) model as in the case of Delhi. 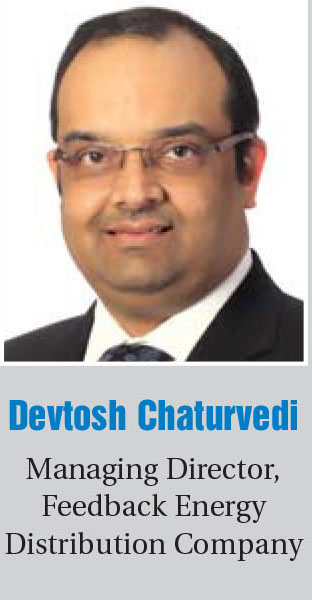 The past year has been very eventful as far as the power sector is concerned. While the list of activities and achievements is long, the following are some of the key highlights:

The power sector is witnessing interesting times. Recent steps by the government, especially the securitisation of payment to generators, are believed to have helped in reducing the stress in the sector. The focus on smart metering and automation in distribution has increased. The formation of a high-level committee under the special secretary, Ministry of Power, for suggesting the way forward for the sector will benefit the sector.

The Indian power sector has grown by leaps and bounds, especially in recent years.  It continues to make rapid progress on several fronts. These include ease of getting electricity, renewables, digitalisation and power availability in the country. The government’s focus on Power for All has accelerated capacity addition. Today, India is the third largest power generator in the world, something that was hard to imagine in the not-so-distant past. Apart from this, groundwork is being laid to embrace and harness emerging and game-changing technologies such as EVs and e-charging stations.

India’s continuously improving ranking in the World Bank’s Ease of Getting Electricity index is a result of these efforts. It has moved up five places (29 to 24) between 2017 and 2018 and now ranks in the top 25 countries in the world.

Delhi discoms have also done exceedingly well on the aggregate technical and commercial (AT&C) loss front. From a high of around 55 per cent in 2002, losses have come down to around 8 per cent. Digitalisation is also being taken up aggressively. BSES has adopted digital solutions in a big way. Today, BSES’ cashless collections (digital and cheques) are well over 90 per cent of its total collections.

What are the sector’s biggest issues and challenges?

High AT&C losses, non-cost-reflective tariffs, inherent cross-subsidies in the tariff structure and unreliable power supply continue to impact the performance of the distribution sector. There are also some issues associated with stranded generation capacities and inefficiencies in the upstream value chain, which need to be addressed. So far, the distribution sector has only witnessed regulatory assets with upstream entities passing on their burden to the discoms, which is not equitable. The issues related to the liquidation of regulatory assets of discoms need to be handled with agility as it only increases the burden on end consumers through additional carrying costs. Financially weak discoms trigger a domino effect in the economy, thus hindering the functioning of the power sector.

Now that we have connected everyone, we need to ensure quality, 24×7 power supply. In order to achieve this, immediate steps should be taken such as roping in private players to assist the ailing and underperforming discoms, which are finding it difficult to meet the assigned UDAY targets. PPP models can work wonders in smart cities with adjacent rural areas by bringing in operational and financial efficiencies rather than the government continuing with its efforts to revive these discoms by infusing more capital.

As discoms have been the weakest link in the electricity value chain, most of the reform programmes have been intended to improve their position. By the end of 2018-19, the target year of UDAY, only eight states and two UTs were able to bring their losses to under 15 per cent. UDAY had helped discoms reduce their losses from Rs 514.8 billion in 2015-16 to Rs 378.77 billion in 2016-17. However, by 2018-19, there was a decline in loss reduction. The losses stood at Rs 283.69 billion and are now ballooning to the pre-UDAY levels. This has triggered a domino effect as the discoms have not been able to pay their dues to the gencos. The outstanding amount rocketed by 63 per cent to Rs 737.48 billion as of end July 2019 as compared to the previous year. Moreover, the discoms’ outstanding dues to renewable energy generators aggregated to Rs 97.35 billion as per a CEA report. The health of discoms was affected by lower tariff hikes, stagnant AT&C losses, higher cost of power during peak, and hikes in coal and rail freight charges. While there has been an overall improvement in discom performance related to AT&C loss reduction, the pace of improvement is a concern as a lot needs to be done in less time.

The sector’s biggest issues and challenges are:

One of the key challenges that Delhi discoms face is power theft (in select pockets), including power theft by e-rickshaws. There are also space constraints for augmenting their network in unauthorised areas. At present, the power demand from EVs is not as significant in Delhi and, therefore, does not impact the demand and supply balance. The availability of power is never going to be a concern as we have signed enough long-term power purchase agreements (PPAs) including green PPAs with the Solar Energy Corporation of India. However, space constraints may pose a challenge in infrastructure augmentation as and when the number of EVs will increase. To deal with this efficiently, the authorities and various landowning agencies will have to facilitate land so that a network of e-charging stations can be developed to meet the future demand.

What is your outlook for the power sector for the next five years?

In my opinion, the power sector is going through a complete transformation today to become a utility of the future, which will be dominated by distributed energy resources, smart homes, e-mobility, smart grids, storage systems both at local and grid levels, and two-way communication. Carriage and content separation will also be introduced in the near future to usher in competition and with this, the utility landscape will completely change. Business intelligence through data analytics and superior customer experience will be the future requirements. To make utilities future ready, it is necessary that changes are made today by building their capacity and capability to handle the dynamic future requirements.

While the central government acknowledges the fact that without private sector involvement, distribution reforms are incomplete and the same sentiment has been echoed by NITI Aayog, the government needs to usher in carriage and content separation in the sector, which will encourage competition through private participation. The sector needs to receive more focused attention from the state governments and get rid of the belief that the PPP model in distribution is limited to urban areas and is a political challenge. More and more states will need to be open to privatisation of distribution services to ensure uninterrupted services.

The fate of the electricity sector for the next five years will depend on how quickly the distribution companies turn around their operational and financial performance. Discoms will be under scrutiny as the government is preparing for the roll-out of the tariff policy and UDAY 2.0.

The ever-increasing demand due to electrification schemes in rural areas will have significant by impact for discoms as the majority of the electrified households are in rural areas and many fall in the below poverty line categories.

As a number of states are exploring the possibilities of privatisation of distribution areas to reduce the losses of less efficient divisions, the private sector has to take the responsibility of helping the discoms turn around difficult rural-urban pockets instead of cherry-picking urban areas. The private sector can provide significant value addition by turning around the sector. As far as the National Solar Mission is concerned, an addition of a further 70 GW in the coming three years will be a Goliath task. The need for cleaner energy has also increased emphasis on EVs, and to make EVs more viable there should be more charging stations. Even though EESL has planned for 1,000 charging stations in the coming years, private players will have to make efforts to achieve this.

In the coming years, the country will see a significant change in the metering landscape with the retrofitting of 250 million conventional meters with smart variants under the Smart Meter National Programme with a vision to improve billing efficiency to 80-100 per cent. This will eliminate the inefficiencies in the distribution business.

The next five years will be promising given the changes taking place in the sector. Carriage and content separation will bring in more competition in last-mile connectivity, increase efficiencies through better collections, rationalise tariffs and enhance customer experience.

Smart metering will improve grid-to-consumer connectivity, and bring in demand-side management and reduce the carbon footprint by aligning consumption to generation. Further, in the renewable energy segment, distributed generation is likely to gain pace instead of grid-connected power. Overall, the sector will be more financially independent in the future.

BSES is committed to energy efficiency, adoption of green technologies and smart procurement initiatives to provide optimised solutions to consumers. We will continue to provide reliable services and offerings to our over 4.2 million consumers, and leverage opportunities in the areas of smart and emerging technologies.

BSES discoms have entered into strategic tie-ups with leading organisations, both in India and abroad, to work in areas such as rooftop solar, smart meters, EVs/EV charging stations, energy storage solutions, capacity building programmes, distributed energy resources and implementation of manual and auto demand response programmes. These collaborations will explore the deployment of emerging technologies to bring in energy efficiency, promote renewables and reduce the peak power demand in South, West, East and Central Delhi.

We will continue to focus on a high degree of consumer engagement and digitalisation. Apart from this, loss reduction and safety will remain key focus areas in the near future.