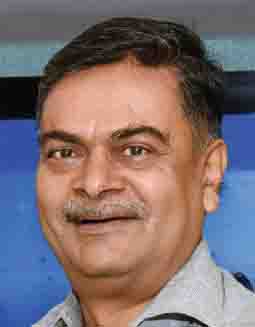 India’s plan for installing 175 GW of renewable energy capacity by 2022 was first announced in 2015. In a path-breaking announcement made at the global climate summit in September 2019, the prime minister stated that this target would be increased to 450 GW. While the new target is massive, it is achievable, says R.K. Singh, minister of state (independent charge) for power and new and renewable energy. Speaking at two recent industry events, Singh talked about the achievements of the power sector so far, the new renewable energy targets, the impact of India’s energy efficiency programmes, including UJALA, and the reforms in the offing, among other things. Excerpts…

In the past few years, various initiatives and achievements have been taken in the country, which are unparalleled anywhere else in the world. In just 16 months time, we have connected 26.5 million households with electricity, which has not been done anywhere in the world.

In the past three to four years, we have added 82,000 MW of renewable energy capacity and 26,000 MW of capacity is under implementation, which takes the total to 108,000 MW, excluding hydro. We have the fastest growing renewable energy programme in the world. We are leaders in the world today not only in energy efficiency but also in renewable energy. In the past five years, we have added 125,000 MW of conventional power generation capacity and over 100,000 ckt. km of transmission lines. We have connected the whole country in one grid.

Now, the prime minister has given us a new target to add 450 GW (including hydro). This includes the target of 175 GW of renewable energy by 2022 that had been set earlier. We are confident of achieving these targets. India has committed to 40 per cent of power generation capacity coming from renewables by 2030, and the share has already reached more than 35 per cent today. So, we will achieve this target much earlier.

India is a country that does things when it decides to do things. We are creating a new country – a country that is confident. We are building a new identity for ourselves. I am quite certain that we will achieve the goal of a $5 trillion economy.

Reducing the cost of power

Globally, in developed countries, industrial power costs are lower than retail power consumption costs. However, in India, industrial power costs are much higher due to structural issues. While elected governments want to offer electricity to certain sections of society at lower, subsidised rates or for free, the problem arises when governments do not bear the high-cost subsidy and impose it on other consumers. Thus, cross-subsidy is a major challenge. In 2003, the Electricity Act had mandated abolishing cross-subsidies; however, this did not happen.

In order to make electricity prices more rational, the new tariff policy, which is currently with the union cabinet for approval, entails provisions for phasing out cross-subsidies. Under this policy, we aim to reduce cross-subsidies by 25 per cent every year, thereby gradually phasing them out over the next four years.

Further, we have proposed that cross-subsidy should be capped to a maximum level of 20 per cent and the remaining can be given in the form of direct benefit transfer (DBT). If the government wants to provide subsidy or offer free power, it is free to do so, but it does not have any right to impose this high cost on other consumers. It should bear its payment and make the transfer through DBT. We are emphasising DBT because free electricity leads to wasteful energy consumption. DBT would ensure judicious use of subsidy by the genuine beneficiaries.

These reforms, once approved, will significantly reduce the cost of power. This will also help meet the objectives of the Make in India initiative and make our industries more competitive.

Energy efficiency and conservation are important pillars of India’s efforts in moving towards a sustainable future. Energy efficiency has huge potential for the power sector and the achievement under various schemes reaffirms this. The Bureau of Energy Efficiency launched the Perform, Achieve and Trade (PAT) scheme for promoting energy efficiency in the industrial sector. Specific energy consumption standards have been stipulated for industries and excess energy savings are allowed to be traded under the programme. Under the first cycle of PAT, overall savings of 8.68 million tonnes of oil equivalent  (mtoe) were achieved. In the second cycle so far (till 2017-18), savings of 9.38 mtoe have been achieved, and the monetary savings under the scheme are equivalent to Rs 117.94 billion. Further, there has been a reduction of 37 million tonnes (mt) of carbon dioxide emissions.

Under the Standards and Labelling programme, star ratings are assigned to appliances for the consumer segment, making it easier for consumers to make a choice. So far, 14 appliances such as air conditioners, lights and refrigerators have been included in the programme. This has led to savings of 48 billion units (BUs) per year of electricity, equivalent to monetary savings of Rs 240 billion annually and a reduction 40 mt of carbon dioxide emissions. We are mulling the introduction of the scheme for the industrial sector as well.

Further, under the UJALA scheme, we have already distributed 10 million LED bulbs as part of the street lighting programme. It is with great pride that we dedicate the 10 million smart and energy efficient LED street lights to the people of India. These street lights, covering 270,000 km, are another milestone towards achieving the country’s energy goals. They not only illuminate the lives of citizens and enable greater savings but also empower people with better and safer mobility. I congratulate all the state governments, urban local bodies and Energy Efficiency Services Limited for their relentless efforts in installing these smart LED street lights and continued work towards achieving the country’s energy efficiency goals. The government believes in empowering people and enabling access to power for all. The Street Lighting National Programme will benefit the people and lead to a reduction in dark spots and increased security.

Industrial energy demand in India has almost doubled in the past five years and it is expected to go up by over three times between 2012 and 2040. Therefore, adopting energy efficiency initiatives is important, for two reasons. One, because with energy efficiency, we will consume less energy for the same quantum of energy production. Second, under the Paris Agreement, India has committed to reduce the emissions intensity of its economy by 35 per cent, which requires us to reduce our per capita specific energy consumption. Apart from these, energy efficiency yields monetary benefits and hence makes economic sense.

Interventions in the agricultural segment

In addition, we have launched a programme, KUSUM, for solarising agriculture pumps, which will help reduce the cost burden on farmers as well as the environment burden. Under the KUSUM scheme, we are also providing grid connectivity to make farmers independent of grid supply and since it is solar power, it will become almost free power. We are connecting the pump to the grid, otherwise the groundwater may get wasted in case the farmer keeps the pump on. The surplus power generated will be purchased by discoms, which would help the farmer earn incentives.

We have formulated a policy for scaling up reuse of treated wastewater. Power stations within a radius of 50 km of the municipality sewage treatment plant have to compulsorily use wastewater. The extra cost incurred on this would be made a pass-through and be approved by the appropriate regulatory commission. We are also looking at ways to promote waste-to-energy and biomass energy sources of power.