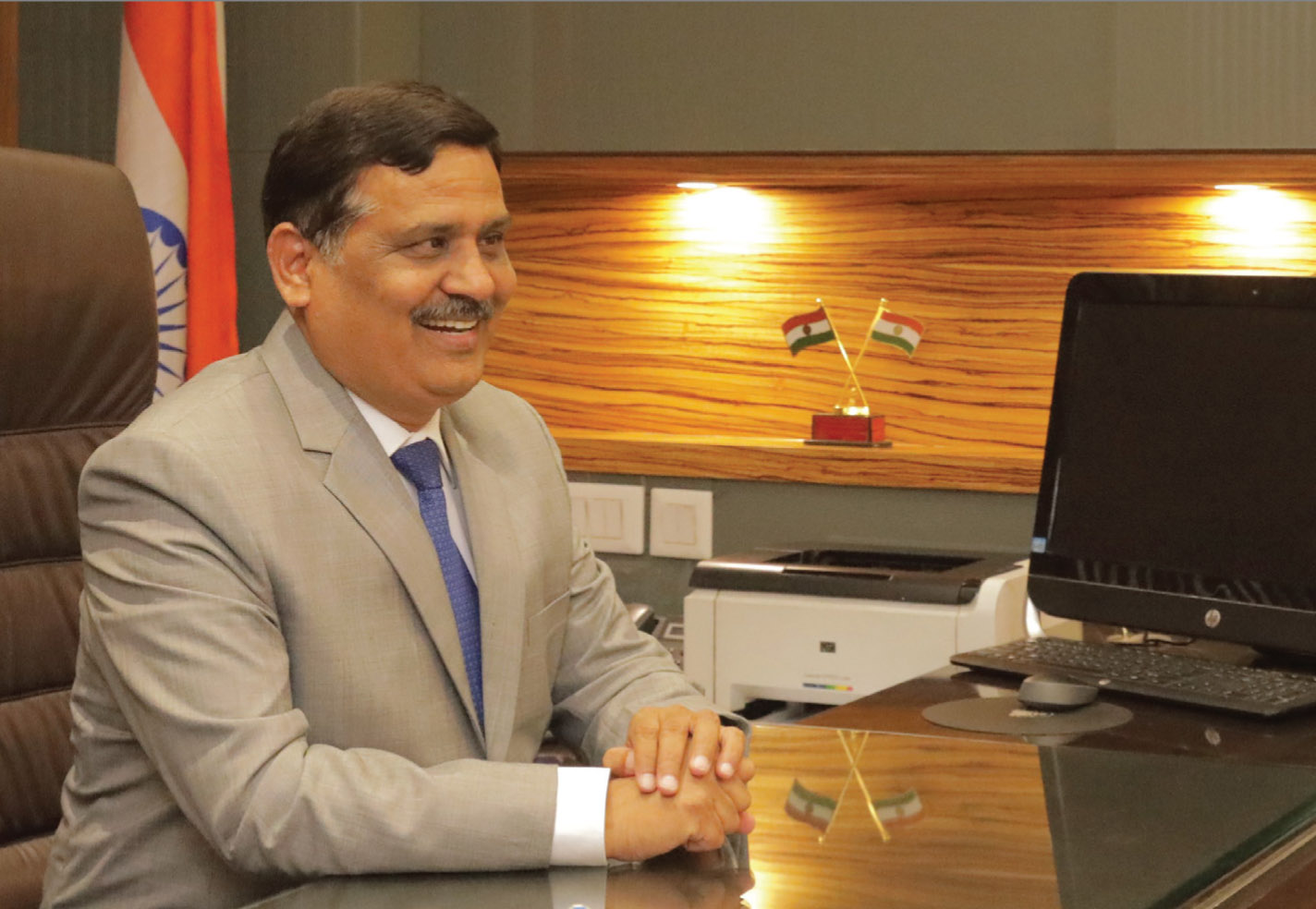 V.K. Singh, CMD, North Eastern Electric Power Corporation, wants the hydro sector to move at a faster clip than it has so far…

Here is a hydro veteran who, when he speaks on the basis of more than 34 years of experience in the industry, people listen to. Some of his thoughts as NEEPCO head: the hydro sector has yet to achieve its optimum capacity; the Northeast’s huge potential remains untapped; if it were tapped, the region would go from being power deficit to power surplus; and if this happened, it would, in turn, transform the economy because India could then export surplus power to Southeast Asia. Singh is aware that for decades, the sector’s potential has been talked about. Governments have come and gone, NHPC and NEEPCO heads have come and gone, yet the sector keeps punching below its weight. The share of hydro in the national power generation mix has been falling since 1962-63, when it was at its peak at 51 per cent. Today, it is less than 15 per cent, a figure crying out for improvement for the sake of better grid stability and security.

Prior to taking on the top post at NEEPCO, Singh was director, technical. Before joining NEEPCO, he had spent almost his entire career, spanning 31 years, at NHPC where, among other things, he was responsible for the design, construction, operations and maintenance of around seven large hydropower plants in Himachal Pradesh, Jammu & Kashmir and Uttarakhand.

Singh gained his electrical engineering degree from the Regional Engineering College (now NIT), Durgapur in 1983 and a master’s from IIT, Kharagpur. But he also had quite a lot of training in France, Austria, Canada, Germany and Spain on subjects ranging from turbine model testing to renewables integration in the grid.

At NHPC, he was also responsible for the timely and successful filing of around 26 tariff petitions with the Central Electricity Regulatory Commission as general manager (commercial). As general manager and head of the Electro Mechanical Corporate Contracts Division, Singh was part of many international contract awards, negotiations, and dispute resolutions.

Under his leadership, the 280 MW Dhauliganga hydropower plant, which was completely devastated by the 2013 Uttarakhand floods, was restored to full operational level in a record 10 months. “This was easily one of my most memorable assignments. The plant had been completely submerged. I was sent there from NHPC Himachal with this specific assignment. It tested my strategic planning and execution abilities to the hilt,” he says.

So, what factors are impeding the growth of hydropower, apart from the intrinsic challenges of difficult terrain, rehabilitation complexities, technical challenges, and long gestation periods?

“The cost of development of these projects has to be realistic and so also the tariff. A lot of infrastructure development, such as of roads and bridges, is needed for these projects to be taken up. The geology of the sub-Himalayan region also remains a challenge. In the short term, the government has come up with a comprehensive Hydro Power Policy and has also categorised hydropower as a renewable source of energy, which in itself is a big step towards the development of hydropower,” he says. However, in the long term, government policies on e-flow, net present value, compensatory afforestation, and transmission lines need to be, as Singh puts it, “re-aligned” so that they favour hydropower development and retain hydro as a viable source of energy, critically required for grid stability in a country as diverse and as big as India.

“Capacity contracting of hydropower as a grid stability element seems to have become unavoidable. I believe this excellent practice is already in place in countries like Japan,” says Singh. 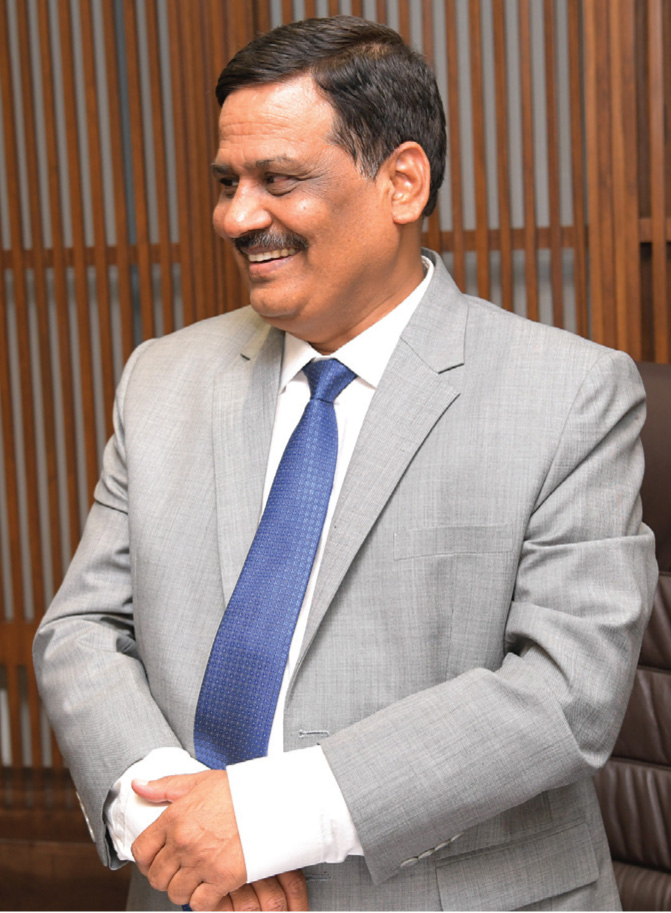 NEEPCO has a huge role to play in the economic development of the Northeast through the development of hydro capacity. Arunachal Pradesh alone has a hydro potential of 50,000 MW. Singh points to the fact that the government’s target is to increase renewable capacity by more than five times from 69 GW in 2018 to 175 GW by 2022, with a target of 100 GW from solar and 60 GW through wind. The remaining 15 GW target is to be achieved through 10 GW from biomass energy and 5 GW from small-hydro projects.

“As these sources of energy are intermittent and variable in nature, there is a serious need for providing grid stability through hydropower. Although extensive research is being undertaken world over on the integration of renewables with the grid, no significant breakthrough has been achieved so far. This calls for the even more urgent development of hydro,” he says.

The government and private developers are looking at central PSUs for the development of unallotted, stalled or cancelled projects in the region where NEEPCO is prominent, Singh adds.

He was pleased to take over at NEEPCO because of its many achievements. The company began modestly in 1984 with an installed capacity of just 50 MW following the commissioning of the Khandong Power Station as part of the 275 MW Kopili HEP complex. Currently, its installed capacity stands at 1,457 MW and includes five hydropower plants (aggregating 925 MW), three thermal plants (527 MW) and one solar plant (5 MW).

“We are also poised to commission two units of the Kameng HEP in Arunachal Pradesh, totalling 300 MW, very shortly. Among the notable achievements of NEEPCO is the fact that we operate the largest hydropower plant in the north-eastern region – the 405 MW Ranganadi HEP in Arunachal Pradesh. This will soon be surpassed by the 600 MW Kameng HEP, also in the same state,” he says. Moreover, NEEPCO successfully converted its 84 MW open cycle gas turbine plant at Agartala to a combined cycle plant using air-cooled condenser technology in 2015, raising the plant’s installed capacity to 135 MW. The conversion was done using air-cooled condensers because of water constraints for cooling purposes. This not only increased the plant’s thermal efficiency but also added to revenue.

Singh says his immediate priority is to commission the 600 MW Kameng HEP “at the earliest”. Then NEEPCO’s focus will shift towards further capacity addition, and renovation and modernisation and life extension works that are needed at some of its ageing plants. But that doesn’t mean that new projects have not been identified. In fact, detailed project reports have already been prepared for some. Once the investments in these projects have been sanctioned, Singh’s team will start work.

Speaking of his team, Singh’s style is to have a “direct, hands-on approach”, free of clichés and outdated procedures. “Decisions based on a cost-benefit analysis and their seamless and fast implementation is my way of doing things. I strongly believe that any policy, planning or procedure is futile if it is not implemented effectively. So implementation is the key for me.”

Singh says he always wanted to become a CEO, primarily to ascertain whether he had the ability to change the reality around him. Since time has proved to him that his skills, backed by passion and hard work, are second to none, he feels perfectly positioned to transform NEEPCO fundamentally and structurally.

And what gives him personal satisfaction? “To be able to live my vision and dream of seeing things change due to my initiatives based on my out-of-the-box ideas and original thinking,” he says.

Singh is the first to acknowledge that much needs to be done at NEEPCO. He believes in action and scale, and wants the government to think the same way. There has been enough talk, he says. It’s time for action. “The need of the hour is to develop four to five mega projects (on the lines of the Three Gorges Hydro Project in China) in the Northeast by taking some specific urgent steps,” he says.

For example, he wants mega projects to be declared “national projects” and to be developed by autonomous project authorities along the lines of hydro projects in Bhutan. A large special purpose vehicle can be formed, he believes, comprising NEEPCO, NTPC, NHPC, SJVN, THDC, PFC and REC to construct such projects.

“State governments can surely pitch in by waiving the 12 per cent free power and SGST to make this sector mutually beneficial for the developer and the government,” says Singh.