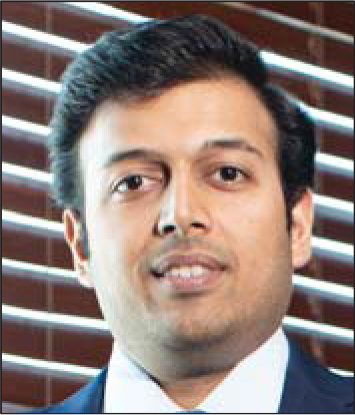 Nishant Arya spearheads the $2.2 billion JBM Group, an Indian conglomerate, and took charge as its executive director in 2010. In his current role, he looks at R&D, engineering, diversification, international business and new projects. Under his leadership, the organisation has entered into technical collaborations and joint ventures (JVs) with foreign majors. Amongst the important JVs done under his directorship are the alliances with prestigious companies such as Arcelor Mittal, DassaultSystemes, and Germany-based Linde-Wiemann.

JBM has deployed multiple solar power projects across India. The group is a one-stop solution provider in the electric vehicle segment and provides a complete range of e-mobility solutions such as electric buses, battery technology and charging infrastructure. The company plans to invest Rs 5 billion in the next two years to strengthen its EV business.

On the current state of the power sector, Arya feels that India has realised that it is imperative to address the growing concerns of global warming. “India is contributing to a better future by trying to increase the adoption and promotion of renewable energy. While significant effort has been made by the authorities to prepare the regulatory framework, upskilling the workforce for small-scale deployments is important.”

A big challenge, according to Arya, is the dependence on imports due to the lack of a robust supply chain for manufacturing solar panels in India, resulting in higher costs. Fuel supply uncertainty is another area of concern, he feels. “With more and more major exporting countries increasingly adopting energy security and resource nationalism, importing coal is not a viable option in the long term,” he says.

His most memorable assignment is the one where he spearheaded the diversification strategy that resulted in the JBM Group’s foray into bus manufacturing. JBM introduced India’s first true low- floor bus – CITYLIFE – and India’s first 100 per cent electric bus – ECOLIFE.

He unwinds by going out with friends and reading autobiographies. Formula 1 is his favourite sport and he tries to draw parallels from the sport to excel in business in terms of technology, risk, uncertainty, speed, control and coordination. Arya is a graduate in business administration from Bradford University, UK.