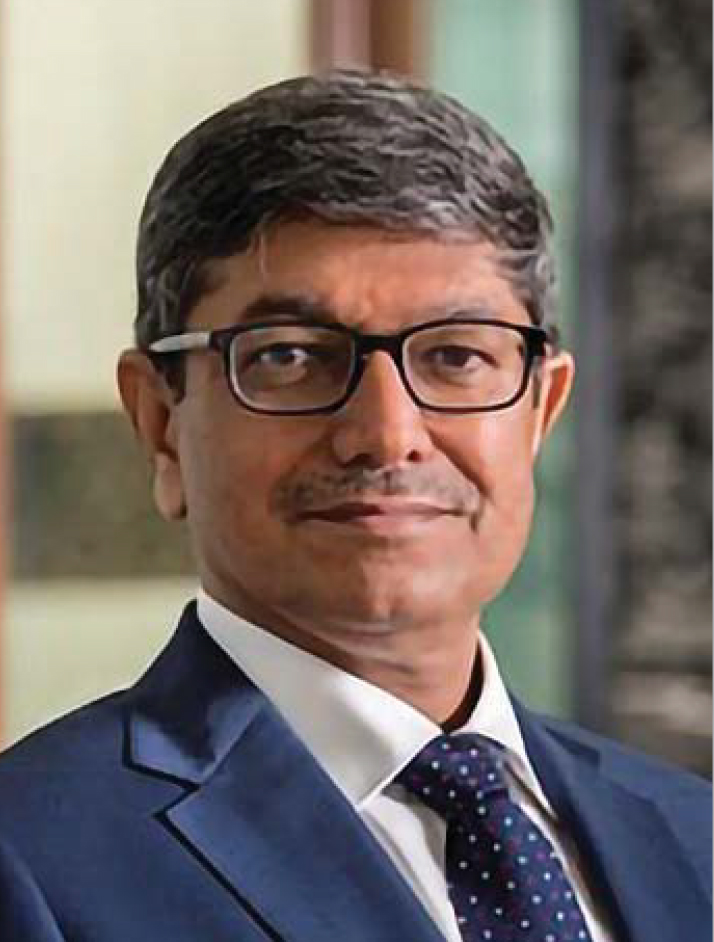 State-owned NTPC Limited, the country’s largest power generator, which currently supplies around 21 per cent of the country’s electricity supply, has a diversified portfolio of coal, gas, solar, wind, hydro and small hydro-based power plants, and has integrated both backwards and forwards into coal mining and power trading respectively. By 2032, the company is targeting non-fossil fuel-based capacity to make up nearly 30 per cent of the company’s portfolio, which includes renewable energy capacity of 32 GW. In a recent webinar organised by Power Line, Gurdeep Singh, chairman and managing director, NTPC Limited, shared his views on the energy transition in the power sector, the role of new and emerging technologies such as hydrogen, NTPC’s initiatives and the strategic outlook for the sector going forward. Excerpts…

What are the kinds of changes you expect to see in the sector over the next 10-15 years?

As we have been observing for quite some time now, energy transition will continue to keep happening. Electricity consumption is going to increase in future. I am of the firm opinion that soon we should be going towards utilising more and more electricity rather than other forms of energy. We should use electricity for cooking or electricity for transportation or for any other usage. We have coal as the source of primary energy in sufficient quantities, so we should be trying to make use of that while ensuring that it is much more clean and efficient. I think in this quarter (July-September 2020), we have registered double-digit growth as far as NTPC Limited is concerned. Every month, we have been observing that demand growth has been increasing. I am quite optimistic on demand growth. There are concerns on the discoms’ payment side and payment constraints are being faced, but as we go along, we should be able to find some solutions to this issue.

NTPC has been looking at new and emerging technologies such as green hydrogen and carbon capture. What is the realistic potential of these technologies?

If we look back a decade, I remember that the launch of a 1 MW canal-based solar plant that was commissioned in Gandhinagar and inaugurated by Gujarat’s then chief minister (the current prime minister) had made news headlines. This goes to show how much we have gone ahead in just a decade.

A lot of work is also going on in the area of green hydrogen in terms of its economics improving. There are estimates today which indicate that it can be produced at less than $2 per kg, which is almost $8 per mmBtu. If we are going to go towards these kinds of figures, then we as a country can really thrive on these technologies.

We are trying to take the first steps in this direction to see the potential industries that can benefit from utilising green hydrogen and carbon capture. NTPC Energy Technology Research Alliance (NETRA), NTPC’s research and development (R&D) wing, is doing quite a lot of work on the design and development of these technologies at present. Let us see how soon we will be able to succeed.

With the share of renewables increasing, is NTPC looking at energy storage?

Green hydrogen holds the potential to meet the energy storage requirements of the grid. The advantage of green hydrogen is that it can instantaneously adjust output to match shifts in energy demand. Hence, during the daytime or night time, whenever there is excess renewable generation, hydrogen energy storage can be utilised.

I think we as a country were habitual of managing the grid through load-shedding till less than 10 years back. Now we are managing the grid through flexibilisation of coal-based power stations. Coal-based plants need to be operated as baseload or at least closer to baseload. This is the unfortunate part, but it is the reality because renewables are must-run plants, and we do not have enough gas supply and hydro has its own challenges. Most of the burden is thus being taken by coal-based plants to manage the grid, and we are taking care of that through flexibilisation. In India, if we can have green hydrogen, we can take care of this issue.

What are NTPC’s plans for FGD implementation?

We have already ordered most of the contracts for flue-gas desulphurisation (FGD). In 2015, we had lot of discussions with the Ministry of Power (MoP) and the Ministry of Environment, Forest and Climate Change (MoEFCC), when it was clear that the timeline had to be met. Hence, as per a well laid-out timeline, this is being undertaken.

What are your views on the proposed amendments to the Electricity Act, 2003?

These are quite forward looking and the sooner we get them through, the sooner it will help the sector. The real issue going ahead is how to create more demand for electricity and start reducing the dependence on imported hydrocarbons.

What will be the demand growth for electricity in next five years?

We all are going through a very uncertain time because of Covid-19. However, if this quarter (July-September) is any indication, we are observing double-digit growth. Growth was negative in the first quarter (April-June). Generation was already higher for the April-September 2020 period as compared to the same period last year.

Are you looking at participating in the union territory distribution bids?

What have been some of operational excellence highlights for the company?

NTPC Singrauli is the oldest unit and a flagship power station of NTPC Limited. The first unit of the station started generating on February 13, 1982, and continues to serve the country with exceptional performance. We take pride at NTPC Limited that we have maintained it very well and we are able to operate it efficiently, even better than some of the new plants. In the first quarter, we have been able to deliver 100 per cent PLF on the unit.

This efficiency benefit is going to all the PPA-holders of the unit and Singrauli power plant. Today, the delivered cost of power is around Rs 2 per unit from the plant. At the end, these are public assets, so issues about how the PPA should be structured are always complex. We are quite happy that we are able to serve our customers better and we keep maintaining good efficiency, availability and reliability of the units.

Can we reduce the reliance on Chinese equipment?

As far as NTPC is concerned, we do not have any Chinese equipment being used for the main turbines and boilers. There could be some bought-out items used by the main plant provider. If the largest power generator can be without Chinese equipment, then there is no reason that we cannot achieve self-reliance. In the last decade or so, equipment companies such as BHEL and Larsen & Toubro have really developed capabilities, and they are in a position to manufacture and service these units.