Computation of transmission charges and losses

The RC will comprise the regional component of HVDC (RC-HVDC), which will be calculated as 70 per cent of the YTC of HVDC transmission systems, planned to supply power to the concerned region, except that HVDC transmission systems covered under the C-HVDC RC will also include the YTC for static compensators (STATCOMs), static VAR compensators (SVCs), bus reactors, spare transformers, spare reactors and any other transmission element(s) located in the concerned region and identified by the CTU as being critical for providing stability, reliability and resilience to the grid. The RC will be shared by drawee DICs of the receiving region and injecting DICs with untied LTA in the receiving region, in proportion to their quantum of LTA plus MTOA and untied LTA, respectively.

The TC for a state will comprise the YTC for interconnecting transformers planned for drawal of power by the concerned state. For transformers used for the drawal requirement of more than one state, the YTC will be apportioned to such states in the ratio of number of feeders from such transformers emanating for each state. The TC for a state will be borne and shared by the drawee DICs located in the concerned state in proportion to their LTA plus MTOA. Meanwhile, the ACC will comprise the remaining YTC, which is not covered under the NC, RC and TC. It will contain a usage-based component and a balance component.

Overall, the new CERC Regulations are positive for the sector as they bring in greater transparency in the process of determining transmission charges. As per Care Ratings, the new guidelines are mildly credit positive, for operational and under-construction transmission assets bring in more clarity on the process of clearing bills, encourage better grid discipline and partly mitigate the counterparty credit risk. In addition, they would help ensure proper allocation of transmission charges to various participants with the introduction of granularity in charges, improve grid discipline through precise forecasting and fine-tune the tariff mechanism. 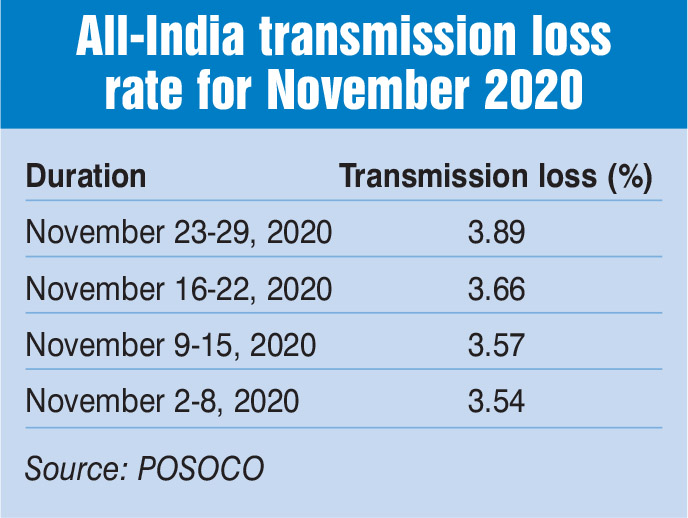 The utilisation rate of several interstate lines constructed in recent years is below 30 per cent. These transmission lines were developed to enable the export of power from large thermal projects, many of which are stranded because of lack of offtakers and, therefore, the transmission connectivity has been relinquished by developers. It is estimated that about 34,000 MW of transmission capacity has so far been relinquished by private generating companies, out of the 83,000 MW allocated by Power Grid Corporation of India Limited.

So far, the charges for underutilised lines were being borne by states through which these lines pass through, as they are the ones that use them. However, as per KSEBL, the new regulations have segregated these charges into “usage” and “balance” components, wherein the former accounts for 22 per cent of the total charges and the latter component that accounts for 78 per cent of the total charges is apportioned among states, irrespective of whether they are using the lines or not. Kerala is using nearly 100 per cent of all lines passing through the state and paying the respective charges. However, these lines are underutilised in several other states and, therefore, the charges for such lines will also be loaded on to states such as Kerala. KSEBL is reportedly planning to approach the high court against the CERC’s Regulations. However, it is yet to be seen whether more states will come forward against these regulations.

To conclude, transmission pricing is a critical issue for utilities and it is necessary for regulators to keep them as balanced as possible.