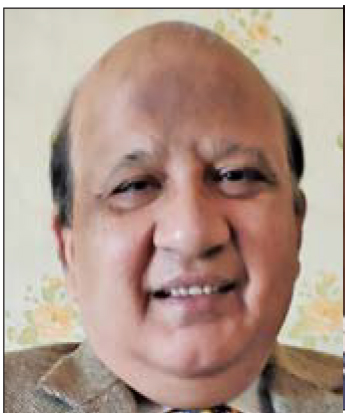 Arun Kanchan, director, power, Bajaj Energy Limited, has over 40 years of diversified experience in the power sector, having worked with various power majors. Among them are BSES, Hindustan Powerprojects, Reliance Infrastructure Limited and Torrent Power Limited.

Commenting on sector developments, Kanchan says, “The focus on renewables bodes well for the country and will help meet or exceed its climate change target and ensure energy security. The emergence of commercially viable large-scale storage technologies in the current decade will lower the dependence on coal for baseload power, thus significantly reducing the carbon footprint.”

According to him, the major unresolved issue in the sector is the viability of the distribution segment. “Distribution is the only segment that brings cash to feed the entire value chain. It has seen various bail-out initiatives and reforms, including UDAY, which, though superior to the previous bail-out bids, was at best a partial success. Privatisation could be an answer but for vested interests blocking the initiatives. A major reason for the failure of successive reforms has been the lack of attention to the people aspect of discoms. For any distribution reform to succeed, it must evolve from the grassroots, as this would ensure employee buy-in and engagement,” he notes.

Kanchan clearly identifies very closely with the distribution segment. He says, “Although I have worked across several sectors, it is distribution where I have belonged most. I shall continue to contribute to power reforms as much as I can.”

He recalls his most memorable assignment as the time when he was working with BSES Delhi. Consumer expectations of a privatised utility were high. But, the utility still had major legacy issues and, at the same time, had to ensure rapid AT&C loss reduction, despite several hurdles including criticism and opposition from vested interest groups. “In a particular year, BSES Yamuna Power Limited achieved one of the fastest AT&C loss reductions in the country. I am glad the current management is continuing to provide top-class service and quality power,” he says.

Kanchan’s management style is generally participative. “Due to my largely bottom-up approach of decision-making, implementation has been much faster compared to decisions imposed from the top,” he says. An electrical engineer from IIT Kanpur, he also has a master’s in electrical and computer engineering from McMaster University, Canada.