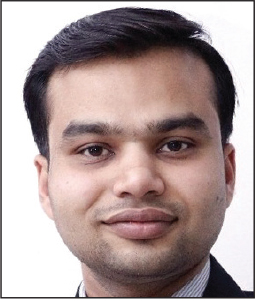 About 58 per cent of India’s population is dependent on crop production, making it a largely agrarian economy. The contribution of the agricultural sector to GDP is 16 per cent. India produces 285 million tonnes (mt) of grains and 315 mt of horticultural crops, from which about 510 mt of agricultural residue is generated every year. If we include forest waste, this figure would increase to 655 mt. In order to seed the next crop and reduce the cycle time, farmers clear their fields by burning the agricultural residue. They find burning the cheapest way to get rid of the stubble. However, this stubble burning leads to air pollution and reduces soil fertility.

One tonne of stubble burning releases 3 kg of particulate matter, 60 kg of carbon monoxide, 1,460 kg of carbon dioxide, 3.1 kg of nitrogen oxides, 0.7 kg of sulphur oxides, 1 kg of volatile organic compounds and 199 kg of ash. Considering  only three states – Punjab, Haryana and Delhi – the annual economic cost of exposure to this air pollution is $30 billion. The figure for the past five years stands at $190 billion, which is equivalent to 1.7 per cent of GDP. The issue of open stubble burning is so serious that it has placed some of the north Indian cities amongst the top 10 most polluted cities of the world. Moreover, due to residual burning, serious health issues such as bronchitis, asthma and lung problems are on the rise. Stubble burning creates a gas chamber-like environment over nearby cities, especially in the winter season, which is hazardous to health.

Bio-pellets: Alternative use of agricultural waste

Instead of open burning, agricultural residue can be used for making pellets, which can be used as fuel. With the help of cutters and rackers, agricultural residue can be easily collected from the fields. Usually, the rate of collection of agro-residue is 150-200 tonnes per day. This collection capacity may vary on the basis of size and specification of respective machines. The collected residue is converted into a densified form. Upon cutting, the residue is bailed by bailers to increase the density to 250-350 kg per cubic metre. The bailed agricultural residue cannot be fed directly into boilers due to their long dimension. Hence, out of this bailed form, briquettes and pellets are formed. A pellet is denser than a briquette, as it has less moisture content and 20 per cent higher calorific value. It has a more compact size, wider instrument acceptability, higher efficiency and is therefore preferred for fuelling thermal power plants.

Open burning of agricultural residue releases an enormous amount of ash, soot and unburnt carbon in the atmosphere and elevates the levels of PM 2.5 and PM 10. However, when the same is burnt in the form of pellets in power plants, it burns completely and the ash generated is absorbed by the electrostatic precipitators (ESPs). It is noteworthy that the amount of carbon dioxide that is released after the combustion of bio-pellets is absorbed by the crop in the next cycle during the process of photosynthesis. Therefore, this carbon-neutral phenomenon makes it a renewable source of energy. Moreover, emissions during the collection, processing, transportation and storage of pellets are negligible. The pellets are made through a high compression process without adding any chemical, glue or binder. It is thus a “binder-less” technology product, resulting in 100 per cent natural eco-friendly, pollution-free fuel. Due to their green attributes, both briquettes and pellets are popularly known as bio-coal, which makes biomass co-firing in coal-based thermal power plants a greener and cleaner alternative. The accompanying table would help in understanding “bio-pellets as a carbon-neutral fuel” in the context of fuel consumption and CO2 gas emissions.

There are two forms of bio-pellets – torrefied and non-torrefied. Torrefication results in torrefied bio-pellets. Torrefication is the process in which the agricultural residue is heated at a temperature of 250-300 °C in the absence of oxygen. The process converts it into brittle, less volatile and hydrophobic black carbon powder, which is then compacted into a cylindrical shape to have torrefied pellets on board. Property-wise, it is as good as coal and can therefore be pulverised in coal mills as coal. Moreover, torrefication increases the storage period of pellets and also increases the gross calorific value (GCV) by 20 per cent. Meanwhile, agricultural residue that does not undergo the torrefication process produces non-torrefied pellets. 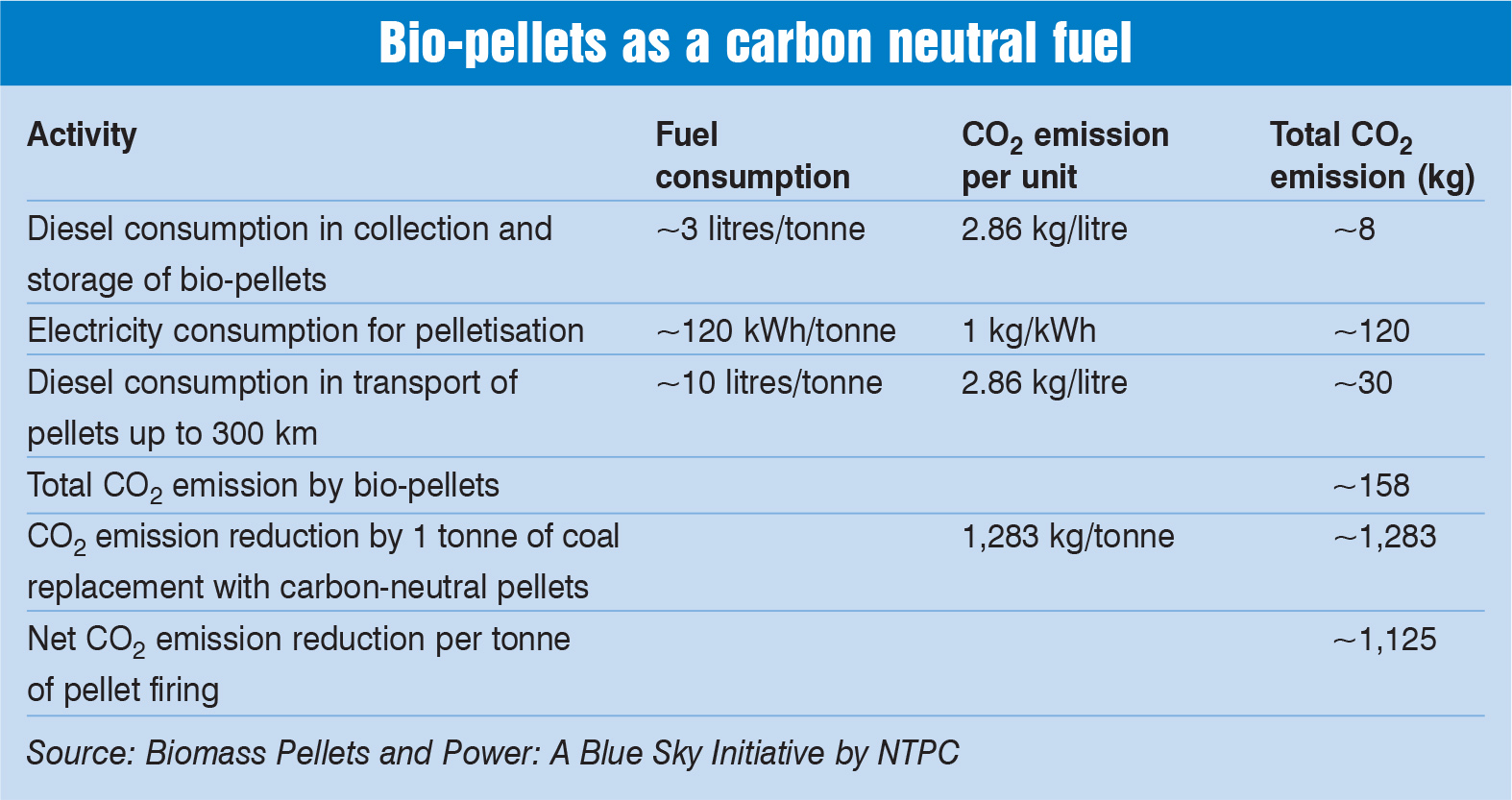 The government realises that air pollution is a threat to the environment. Hence, it has been attempting to formulate appropriate strategies to counter this. NITI Aayog, along with the Confederation of Indian Industry, launched a joint initiative, Cleaner Air Better Life, in 2017 and constituted four task forces to recommend suitable measures. The issue of open burning of agricultural residue was also taken up. The task  forces revisited the regulatory support provided for the utilisation of biomass for energy production as a part of which the PFC and the IREDA offer financial assistance for installing up to 10 MW biomass/bagasse cogeneration power plants. The task force recommended the elimination of caps in terms of installed capacity of biomass power plants, which have paddy straw-based fuel input.

The task forces endorsed R&D for increasing the calorific value and reducing the ash content of both briquettes and pellets made out of agricultural residue, so that they can be used across all industrial boilers. For large-scale utilisation, the task forces also recommended replacing 5-10 per cent of coal consumed by thermal power plants with bio-pellets.

Opportunity for electricity generation from bio-pellets

India required 630 mt of coal in 2017-18 to achieve its target of generating 958.4 BUs of electricity from coal-based thermal power plants. As against the target, 951.5 BUs was generated and 608 mt of coal was consumed for this. However, if the country co-fires 10 per cent bio-coal, it would be able to reduce coal burning by 63 mt. This reduction would help curb emissions from two sources: First, emissions avoided from power plants due to 10 per cent less burning of coal; Second, emissions saved from the open burning of agricultural residue since that would now be used as bio-coal. 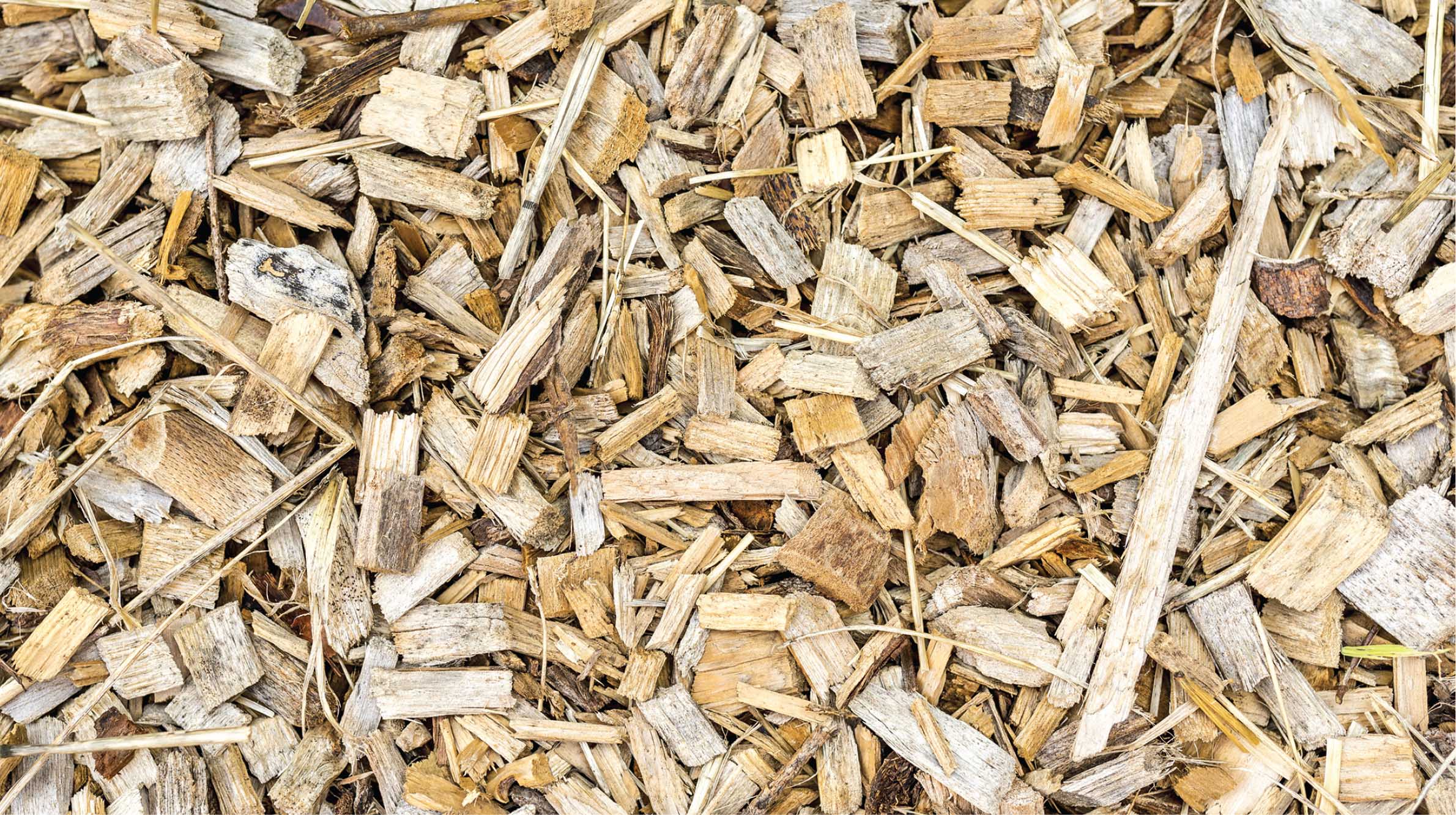 The total installed capacity of power generation in India is 374 GW, of which approximately 200 GW is based on coal. NTPC, the largest energy conglomerate in the country, has the highest share of this capacity. A public sector Maharatna company, NTPC owns 33 coal-based thermal power plants (including joint ventures and subsidiaries), aggregating an installed capacity of 53 GW. The company also has 11 GW of capacity based on gas, hydro, wind and solar sources.

In 2016, on the directions of the National Green Tribunal, the central government asked NTPC to identify opportunities to co-fire agricultural residue in power plants. NTPC chose the Dadri power plant for a pilot test. It did three trials in 2017 and achieved 2.5 per cent, 3.1 per cent and 10 per cent co-firing respectively. During these trials, the company did not find any abnormality in the equipment. Also, after the completion of co-firing, no biomass residue was found. This indicated that all pellets were blended and burnt properly. Encouraged by these results and just after one month of the third trial, the company successfully co-fired 10 per cent bio-pellets on a larger scale. Post this, NTPC planned to start regular co-firing from September-October 2018.

Before starting the co-firing of bio-pellets across the country, NTPC decided to make it a routine practice at the Dadri power plant. Therefore, for regular co-firing, the company signed contracts with different bio-pellet suppliers. However, only one supplier could actually initiate the supply of non-torrefied pellets. Moreover, due to supply chain issues, the landed price of bio-pellets was Rs 7,193 per mt, which was quite high in comparison to the landed price of coal, that is, Rs 4,560 per mt. The higher price of pellets was an area of concern because it could have resulted in a significant increase in energy charges for power production at different blending ratios. However, these bio-pellets had a GCV of 3,800 kCal per kg, which was better than the 3,600 kCal per kg GCV of coal.

About 244 mt of agricultural residue has the potential to generate 50 GW of electricity. Considering this potential, and to provide a policy push to blend bio-pellets with coal across all coal-based thermal power plants, the Ministry of Power (MoP), on November 17, 2017, notified the policy, Biomass Utilisation for Power Generation through Co-firing in Pulverised Coal-Fired Boilers. Subsequently, on November 24, 2017, the Central Electricity Authority (CEA) released an advisory to all power secretaries of the states, coal-based thermal power plants, utilities and power equipment manufacturers to promote the use of 5-10 per cent blending of biomass along with coal. Later, September 2018, the authority released a document, “Technical specification for agro residue based biomass pellets (non-torrified/torrefied) for co-firing in coal-based thermal power plants”. The authority expected to generate massive demand for bio-pellets in order to endorse investment and entrepreneurial opportunities in the supply chain, consisting of production, collection, processing, transport and storage. The objective was to create a huge market place for bio-pellets. 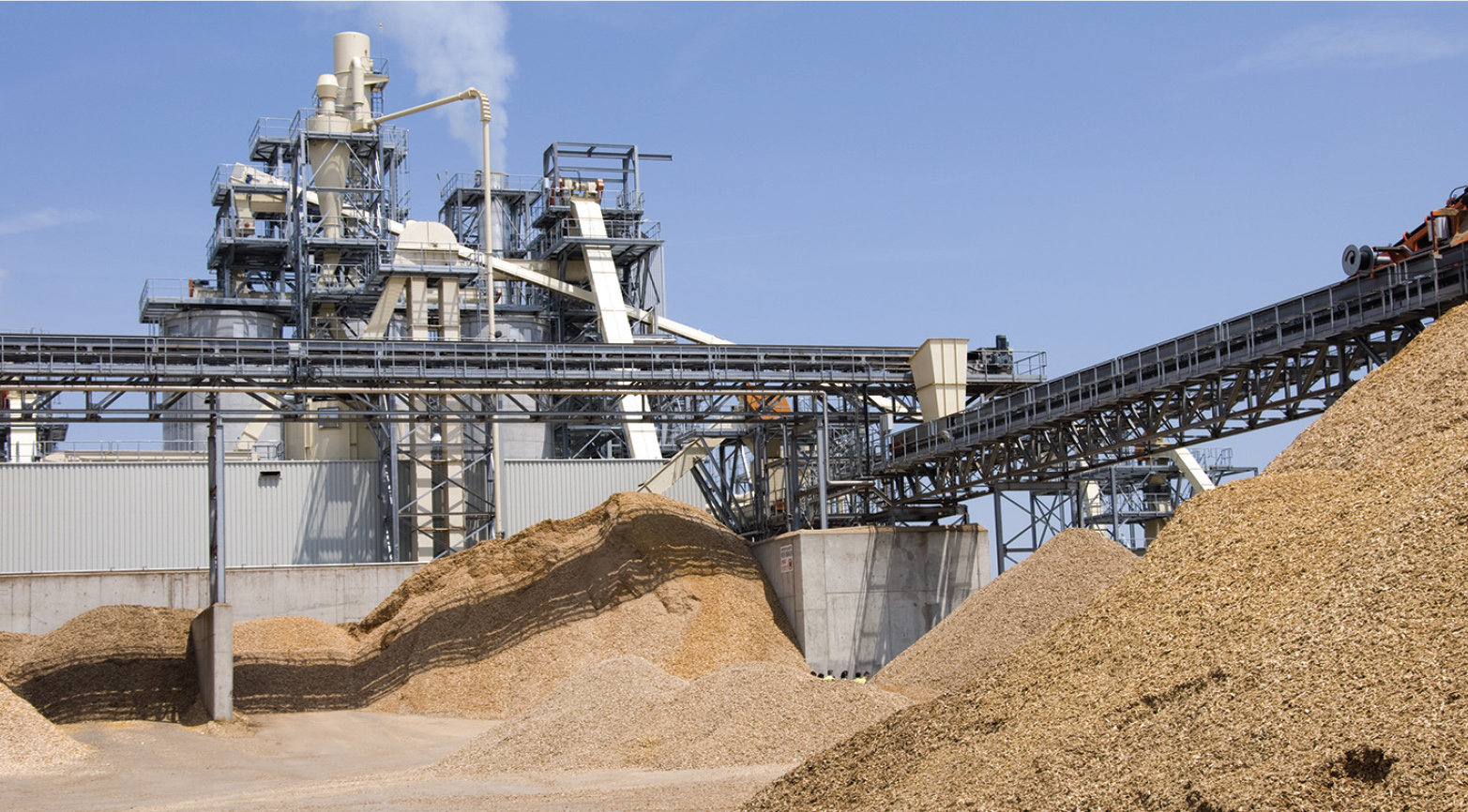 Despite the policy push, NTPC could not continue regular co-firing at Dadri due to the interrupted supply of bio-pellets. The recognised suppliers were located at distant locations and were hard to track. Therefore, the company decided to identify suppliers within a 16 km radius of the plant. After brainstorming, the company planned to procure 6 mt of pellets in one go and notified a tender for this in 2020. The company is also in the process of purchasing 20,000 tonnes of agricultural residue per day. On the technology front, the company believes that the change in design of boilers can further increase the blending ratio to over 10 per cent.

Air pollution from the open burning of agricultural residue is a challenge; however, NTPC has devised new ways to deal with it. The conversion of agricultural residue into bio-pellets and then the successful demonstration of 10 per cent bio-pellet co-firing with regular coal in power plants has proved to be economically feasible. A policy on biomass utilisation in thermal power plants has already been issued by the MoP. The CEA has advised all coal-based thermal power plants to blend 5-10 per cent of biomass with coal. In addition to this, there is a clear instruction from the ministry that the deviation in energy charge due to co-firing will not be considered for economic merit order despatch.

Despite these efforts, there are still some bottlenecks. The foremost challenge is the development of a market for bio-pellets. An effective logistics and supply chain is required for the collection of agricultural residue from farms. It would also be important to establish a facility to convert the residue into torrefied or non-torrified bio-pellets and then supply it to power plants throughout the year. For reducing the transportation cost, these facilities should be developed locally with gradual nationwide expansion. Due to economies of scale, the cost of bio-pellets is expected to come down in the near future; this will also bring down the post-blending energy cost. Once co-firing is regularised, the problem of air pollution due to the open burning of agricultural residue will be resolved to some extent. It is now up to all stakeholders as to how they encash this opportunity.