Diesel generator (DG) sets have played an important role in meeting the backup requirements of consumers across the domestic, institutional, and commercial and industrial segments. Despite high running costs, DG sets have been popular across segments owing to the ease of fuel availability, low capital cost, shorter installation period and high efficiency. While the power deficit has declined, increasing urbanisation, automation and infrastructure development have remained the key drivers for the growth of this industry. The strengthening of macroeconomic fundamentals and increased investments in infrastructure, data centres, and commercial realty will further drive the demand for backup power.

As per the Central Electricity Authority, the installed diesel-based generation capacity in the country stood at 509.71 MW as of November 2020. It accounts for a 0.14 per cent share in the country’s total installed capacity of nearly 374 GW (across all fuel sources). Over 42 per cent (212 MW) of diesel-based capacity is concentrated in Tamil Nadu, 31 per cent (160 MW) in Kerala, and the remaining is in the Andaman & Nicobar Islands (40 MW), Andhra Pradesh (37 MW), Manipur (36 MW) and Karnataka (25 MW). DG sets are an important power source in remote areas as well as in islands such as Andaman & Nicobar that lack grid connectivity. In addition, a small proportion of captive power generation capacity is fuelled by diesel/liquid fuel-based plants. India Infrastructure Research has tracked over 2,300 MW of diesel/liquid fuel-fired captive power capacity across industries such as metals and minerals, petrochemicals, fertilisers, paper and pulp. These projects are less than 10 MW in size.

The DG set market comprises both organised and unorganised players, with the former accounting for the majority share of 79 per cent. Unorganised small-scale players typically manufacture low rating DG sets of up to 25 kVA, owing to their use of simple technology.

During 2019-20, the overall genset industry witnessed a slowdown due to unfavourable economic conditions. Liquidity crunch, sluggish movement of infrastructure projects and lower industrial growth due to the Covid-19 crisis; floods in major parts of the country; and a decline in telecom in the first half of 2019-20 impacted the industry’s growth.

The diesel engine and DG set market has undergone a significant technology transition over the past few years due to the tightening of emission norms and customer requirements. For instance, mechanical controls have been replaced with electronically controlled technology for better fuel efficiency. Besides, generator manufacturers are producing gensets compliant with central government regulations.

Hybrid/Multifuel generators are new-age generators that combine conventional DG sets with a renewable source of power such as wind, biomass or solar. These systems may have a storage facility. They are reliable and cost efficient, reduce the dependence on expensive diesel fuel, offer clean energy generation in compliance with the environmental norms, and provide uninterrupted power supply. The most common hybrid technology combines diesel gensets with solar PV systems.

Emissions from DG sets, also known as diesel fumes, are a mixture of carbon monoxide (CO) and nitrogen oxide (NOx) gases, unburned hydrocarbons (HC), and soot particles (particulate matter or PM). At the manufacturers’ end, these emissions can be controlled by improving the combustion process of the diesel engine, improving the efficiency of combustion, and deploying emission control techniques. Some of these techniques are dependent on the availability of low sulphur diesel at oil retail distribution companies. At the consumer end, proper and regular operation and maintenance activities are essential to ensure that the DG set delivers performance closer to the design values.

The Central Pollution Control Board (CPCB) in collaboration with the Ministry of Environment, Forest and Climate Change has laid down emission regulations for DG sets (see table). These standards are applicable to all gensets that are manufactured, assembled and imported to India. However, these are not applicable to gensets that are manufactured for export or are used as a sample.

Rental power options are gaining traction as they benefit all participants – individuals and businesses using a generator as well as rental business owners. For the rental business owner, renting is a revenue stream. For the person renting the generator, renting is revenue expenditure to be written off in the same year. For this, individuals need not block up capital for purchasing a generator, which can only be amortised in future years based on prevalent statutory rules. The renting business owner also takes care of all the miscellaneous activities associated with the generator such as maintenance, repair and servicing.

DG sets are rented to address frequent, unscheduled and scheduled power cuts, and meet additional power requirements. The unreliable grid supply in most parts of India has led to the rise of rented DG sets. The residential, commercial and industrial establishments need either prime power or standby power to ensure continuity in operations. DG sets have applications in various sectors such as telecom, event management, healthcare, power utilities, offshore, oil and gas, mining, infrastructure, shipping, natural disasters, and construction, which drive the generator renting business.

The demand for gensets and engines is driven by a variety of segments – residential, commercial, industrial, railways, marine, building and construction, telecom and data centres. In recent times, Indian Railways (IR) has emerged as a major demand segment for DG sets owing to its modernisation and refurbishment initiatives. Further, with IR’s focus on electrification, the demand for diesel-based electric tower cars, which are used for the installation and maintenance of overhead electric equipment, is also expected to increase.

Metro rail is another key emerging demand segment for DG sets with the government likely to sanction metro projects for all towns/cities with a population of over 1 million. Each metro station will need DG sets as backup in case of a power failure. The typical DG sets used in a metro station are in the range of 500-1,000 kVA. The building and construction segment also relies on DG sets to supply power for various activities such as excavation for foundations, land levelling, road construction, bridge construction, concrete mixing, crane operation, borewell digging, on-site pre-stressed concrete production and welding operations.

The mining segment is another key consumer of diesel engines and DG sets, which are used to run high tonnage equipment. Further, the demand for propulsion engines and gensets in the marine segment is likely to grow with the commencement of cargo movement on inland waterway routes and the growth of traffic on commercial marine routes.

With the increasing digitalisation of the economy, the data centre segment is expected to grow, fuelling demand for DG sets. A large data centre uses as much electricity as a small town. Every data centre includes backup power supplies in the form of high horsepower DG sets. This power requires multiple DG sets of 750 kVA and above.

However, environmental concerns hinder the growth of the industry. Recently, the Supreme Court-appointed Environment Pollution (Prevention and Control) Authority has imposed a ban on the use of DG sets in Delhi and NCR cities – Ghaziabad, Noida and Greater Noida in Uttar Pradesh, and Faridabad and Gurugram in Haryana – due to very poor air quality during winter months, for use other than essential and emergency services.

Gas-based gensets are also gaining traction in areas where compressed natural gas is easily available. These gensets are more compact than DG sets, have lower operating costs and noise levels, and are environment friendly. In January 2020, the central government proposed banning or replacement of DG sets used by telecom towers with natural gas generators to cut the economy’s carbon footprint by reducing the diesel consumption and expanding the share of clean fuel in India’s primary energy basket. It further suggests including gas generator manufacturing in the white category for easier environmental clearance. The move is expected to reduce diesel consumption by 326 million litres per year if 182,000 towers of more than 520,000 towers switch to gas. The amount of diesel saved is roughly equivalent to emissions of four days in Delhi.

Until now, around 90 per cent of the power generation in Andaman & Nicobar was based on DG sets. Given the high operational and environmental costs of diesel, in 2016, the Ministry of New and Renewable Energy launched a programme to increase the renewable energy capacity on the islands. It approved the implementation of 40 MW (later revised to 52 MW) of distributed grid-connected solar PV capacity in Andaman & Nicobar and Lakshadweep, with an estimated central financial assistance of Rs 1.92 billion, to be implemented by 2018-19 and 2019-20 respectively. In view of this, the uptake of DG sets on the islands is expected to decline in the future. 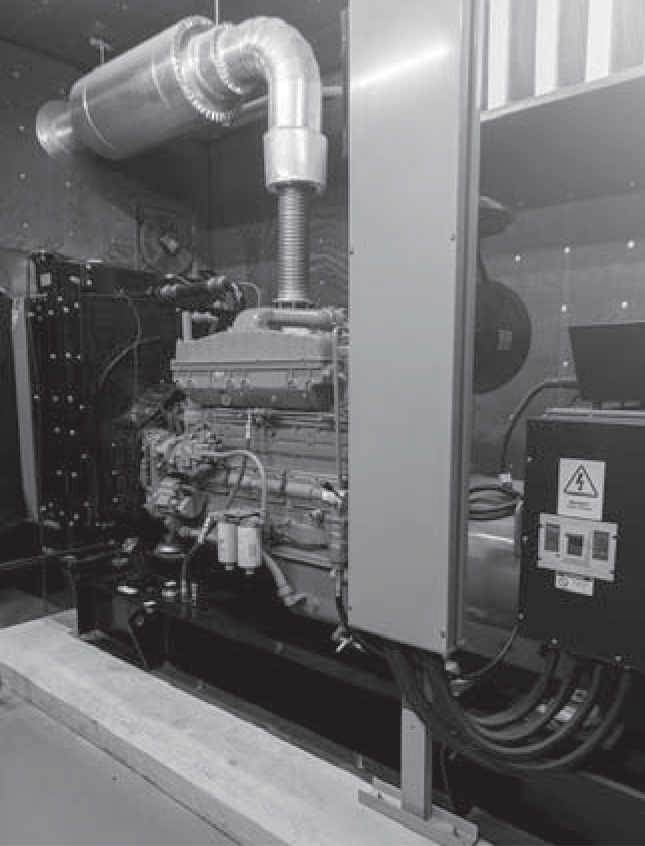 The narrowing power deficit and the shift from diesel usage owing to emission concerns are the key threats to DG set manufacturers. The growing environmental concerns leading to a ban on the use of DG sets in cities, and better availability and quality of grid power could result in the lower utilisation of DG sets. Further, sluggish economic growth globally and changing demand patterns are resulting in demand volatility.

That said, the industry is putting in R&D efforts to launch new products and cater to new end-use segments. An uptick in industrial activity is likely to increase power demand and positively impact the diesel engine and genset market. According to a report by P&S Intelligence published in 2019, the Indian DG sets market is projected to reach $1,518.1 million by 2024, registering a compound annual growth rate of 6.5 per cent during the forecast period. With the goal to  make India a $5 trillion economy by  2025, the Government of India has  rolled out the National Infrastructure Pipeline (NIP), under which infrastructure projects worth Rs 102 trillion will be implemented over the next five years.  The NIP  is  expected  to  give an impetus to infrastructure development across  sectors such as roads, railways, airports and energy.