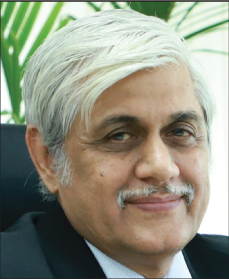 Whenever it is decided by a group of countries that the trade of commodities and services in a region is beneficial to the region as a whole and also to each country in the region, the governments sign an in-principle agreement to cooperate in this trade. Within this overarching broad agreement, there are committees or forums that enable the implementation of in-principle agreements through ground rules as well as through monitoring of trade in accordance with these rules.

For example, decisions in the World Trade Organization (WTO) are generally taken with the consensus of the entire membership. The highest institutional body is the Ministerial Conference, which meets roughly every two years. A General Council conducts the organisation’s business in the intervals between the Ministerial Conferences. Both these bodies comprise all members. Specialised subsidiary bodies (councils, committees, subcommittees), comprising all members, administer and monitor the implementation by members of the various WTO agreements.

The same goes in the field of electricity. Let us see how the oldest cooperation between countries in electricity in the globe has evolved. The Union for the Coordination of Production and Transmission of Electricity (UCPTE) – the association for operating the European transmission system – is an organisation that was founded after World War II by Austria, Belgium, France, Germany, Italy, Luxembourg, Netherlands and Switzerland. The main goal for creating a common system was to increase the security of electricity supply so that in case of a disturbance, the systems would provide mutual support in order to prevent damage and system breakdown. The long history of their interconnection started in the 1920s (for exploiting the Alps hydroenergy). It was intensified in 1949 and is in effect till today. Meshed national networks have grown into cross-border ones in order to increase system security and achieve commercial exchange between (integrated) power utilities. This long process has been monitored by UCPTE since 1951, when it was founded by power utilities from the eight countries mentioned above. It has been carried out in accordance with strict technical rules, which have gradually been compiled not only for the operation of synchronously interconnected systems, but also for the nearly standardised interconnection development process.

Radical changes in the European electric power system brought about by the EU Directive 96/92/EC in December 1996 on the common rules for the internal market in electricity left their mark within UCPTE as well. Amendments to the Articles of Association of 1997 and 1999 were introduced, apart from changes in membership (legal instead of physical entities), working language (English instead of French and German) and operational focus (focus on the transmission network). The letter “P” was removed from the name (along with all the activities connected with the generation), which were transferred to EURELECTRIC.

In order to achieve a better adjustment to the changed environment, and maintain the successful performance, the “old” UCTE was dissolved in May 2001 on its 50th anniversary and the “new” UCTE was set up by 33 founders from 20 European countries. Upon the emergence of the Internal Electricity Market in the European Union, the ETSO (European Transmission System Operators) network was established in 1999 with the primary objective of ensuring the development of the EU internal electricity market while maintaining the security of supply.

Brussels was elected the head office and the new Articles of Association were adopted. This created one of the biggest synchronous systems in the world, which safely and reliably supplies 400 million people with about 2,200 TWh of power per year (13.2 per cent of which are cross-border energy flows with 11.5 per cent taking only those within UCTE under consideration), a peak load of 344 GW and 200,000 km of lines with more than 510 GW of installed capacity in power plants. Needless to say, regional cooperation has economic benefits for all the connected countries.

Cooperation on electricity started in South Asia in the late 1960s-early 1970s, between India and Nepal, when not even the five regional grids in India were completely formed and the Nepal grid was highly fragmented. The electrification of Nepalese localities in the vicinity of joint river projects Kosi and Gandak started through the Indo-Nepalese agreements, where it was agreed that Nepal would also be entitled to a share of the electricity generated from these river projects, besides sharing of water for irrigation. A power exchange agreement was also put in place in 1972, and the Indo-Nepal Power Exchange Committee was established in 1991 for regulating power. A power trade agreement (PTA) was signed in 1997 between the two countries.

Although we have joint working groups (JWGs) in South Asia that work under the Joint Steering Committee (JSC) at the ministerial level, supported by a joint technical team (JTT), we need to switch to more sustainable associations in South Asia at the technical/utility level. For example, the technical rules, in any case, have to be prepared at the technical/utility level, and approved by the respective country regulators. Technical rules like the grid connectivity requirements and grid code for operation of the power system fall under this category. These can only be enabled by the South Asian governments. The amendments proposed in the Electricity Act, 2003 in 2020 already include a specific new clause for “cross-border trade of electricity”, which lends credibility to the fact that the Government of India is already taking the next step forward. The system transmission utilities and system operators in all South Asian countries are, in any case, constituted and monitored by the government and regulated by the regulators, just like the majority of utilities in Europe.

The quickness with which regional cooperation takes place depends on the needs of the region. For example, the export of power from India to Bangladesh has increased rapidly, from 500 MW in 2019 to 1,160 MW at present. Similarly, the commissioning of the Dhalkebar-Muzaffarpur 400 kV double circuit line between India and Nepal, charged at 132 kV in 2016, charging of the line at 220 kV in 2018 and 400 kV in November 2020, has almost doubled the power export from India to Nepal.

The Government of India now allows trilateral contracts that is, two unconnected countries can trade in power through the Indian grid. Although no transaction like this has yet taken place, the first such contract between Bangladesh (buyer country) and the GMR hydro power plant in Nepal (seller country) has been finalised. More such agreements are expected to be signed in the future. When that happens, there will be a need for an association of three countries, the buying country, the selling country and the transiting country. This could be in the form of a JWG, JSC and JTT among the three countries. The in-principle approvals will always be given at the ministerial level. The technical bodies/ utilities will make the technical rules for interconnection and the technical rules for operation so that the combined system operates to deliver power securely are related to the laws of electricity and transcend political boundaries. Therefore, once the trilateral trade takes off, there will be a need for sustainable institutional structures on the lines of ENTSO-E. Extensive studies and stakeholder consultation by the South Asia Regional Initiative for Energy Integration (SARI/EI) programme in the BBINS (Bangladesh, Bhutan, India, Nepal, Sri Lanka) region has reflected the need for creating robust intra-region forums or institutions to continue efficient cross-border power trade.

In South Asia, India has separate functions of transmission and independent system operation, being performed by two different legal entities. Bhutan and Bangladesh are also thinking of doing the same. Therefore, these associations could be formed accordingly. The constitution of these associations could hasten the process of cross-border trade in electricity, but only after being enabled by the respective governments.