To meet the increasing demand for power supply, there is a need to set up new power plants and additional transmission lines. As of February 2021, the total transmission line length stood at 437,440 ckt. km (220 kV and above), registering a CAGR of nearly 5 per cent between 2016-17 and 2019-20. This has also increased the demand for transmission towers.

The installation of transmission towers is currently facing delays due to right-of-way (RoW), land acquisition and quality issues, leading the installation agencies to rework the design, method of installation and specifications for transmission towers. The testing of transmission towers is also crucial to determine their reliability in adverse weather conditions, impact on public safety and compliance with various standards/regulations. Several tower manufacturers and accredited government labs have set up dedicated transmission tower testing facilities to conduct tests for commercial and research and development purposes. Some of the common testing techniques are full-scale prototype testing for towers and tower components while simulating various variables and conditions, real-time strain gauge monitoring of member loads and reliability tests.

Tower testing is performed for testing different parameters. In a traditional proof test, the design conditions are verified, only static loads are applied, the support has level-fixed foundations, and the restraints at the load points are the same as in the design model. If a proof test is ordered, it should be done on a full-size prototype structure or another tower of similar design before it is manufactured at scale. This kind of test will assess the ability of the towers and their connections to withstand design loads specified for a structure under controlled conditions. Another function of proof tests is fit-up verification. The test cannot completely assess how the tower will respond to dynamic loads; if the foundations are not ideal; and the issues associated with connected wires at the load points.

Another advantage of testing is the complete assembly of the tower, which provides an insight into the fabrication details. A successful test also provides a level of confidence along with a computer model to design the tested tower and its combination of bodies and legs. The results of the tower test can be used during transmission line upgrades.

A testing station enables the design and validation of innovative configurations without any limitations on the size, shape and magnitude of loading, which is currently not possible in the industry due to restrictions on the available testing facilities. The timely validation of the tower design will help the tower in conforming to the standard foundation design, thereby significantly reducing the project gestation period.

A testing station consists of a test bed to withstand bending of tower and torsional movements and shears; permanent anchors of adequate capacity to absorb transverse, longitudinal and vertical pulls applied on the test towers; arrangements for applying any combinations of given load tests at a specified rate; load and defection measuring devices and apparatus; remote control of loading mechanisms and precision measurement instruments.

There are around 10 tower testing stations in India. Tower manufacturing companies with forward-integrated presence in both transmission tower erection and testing are more capable of the timely realisation of their transmission deliverables than their competitors. Currently, there is approximately a six-month waiting period for tower testing, both in India and abroad.

The Central Power Research Institute (CPRI) set up the first transmission tower testing station in 1976. This station is still open for commercial and R&D-oriented tests. Among the initiatives taken by private players, Larsen & Toubro established one of the largest transmission line research and testing stations in 2009, at a cost of Rs 250 million in an area of 20 acres. It is equipped with imposing steel loading structures for three-directional load applications and an expansive concrete test pad with a unique foundation arrangement to support any shape of test tower base up to 35 x 35 metres. It also includes an advanced human-machine interface, which will help in ensuring the reliability of the transmission network by validating the design through full-scale proto testing of towers up to 1,200 kV with a 95 metre height used in the development of EHV networks.

Another private major, KEC International has developed four tower testing stations in Maharashtra, Rajasthan, Madhya Pradesh and Brazil. They are capable of testing all types of towers – lattice towers, guyed towers, tubular and monopoles – across the 400 kV, 765 kV, 800 kV and 1,200 kV levels.

Kalpataru Power Transmission Limited (KPTL) has also developed a tower testing and R&D station with sophisticated and state-of-the-art equipment. It has a capacity of testing up to 800 kV of double circuit towers and 1,200 kV of single circuit towers, with a 30 x 30 metre base width and 85 metre height. KPTL has successfully tested more than 380 towers for various domestic and international clients, ranging from 220 kV to 1,200 kV.

In March 2020, Skipper Limited commissioned a transmission testing station in West Bengal. The facility has an annual testing capacity of 1,800 mt of transmission and distribution towers and poles. This testing station and R&D centre has been recognised by the Department of Scientific and Industrial Research, Government of India. 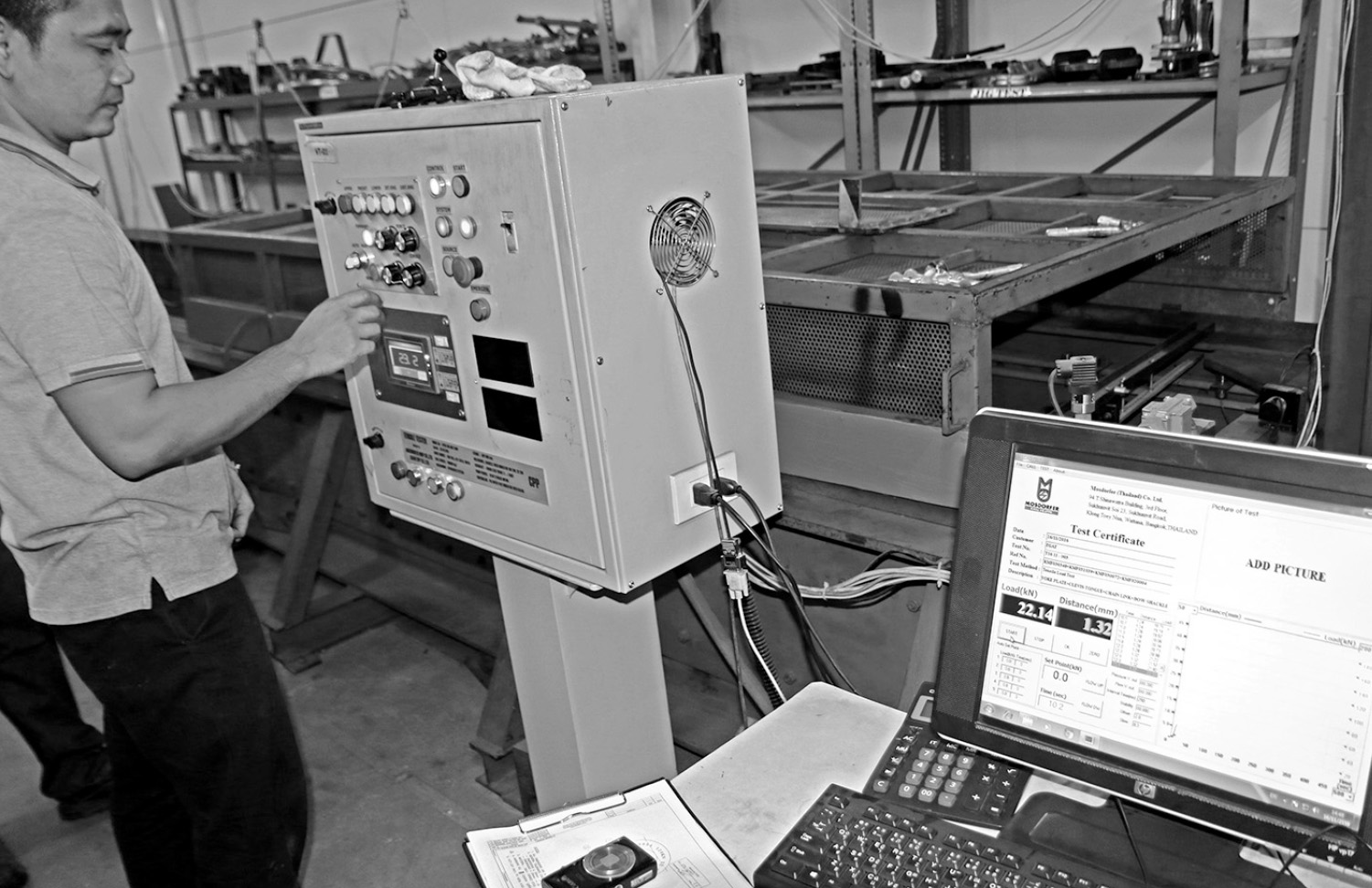 Transmission tower tests assess the quality and endurance of the tower, the fit-up method, specifications, prototypes, etc., in order to avoid or minimise RoW and land acquisition issues, and help in the development of economically viable transmission towers that conform to the specific technical requirements of the tender.

Transmission tower testing greatly reduces cost and time overruns. Thus, their demand is set to grow in line with the growth of the transmission sector and the ever-increasing need for technical precision and qualitative superiority. In India, there are fewer testing stations at present as compared to the actual tower installations. In the medium term, the number of testing stations is bound to grow rapidly.