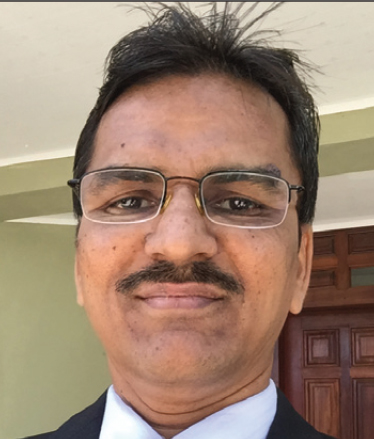 Prabhakar Chandrabhan Kale is currently chief,  hydros, at Tata Power Company Limited. He has over three decades of experience in the power sector. According to Kale, “The Indian power sector is undergoing a tremendous change that has redefined the industry outlook. We have seen very good successes in energy development recently, but there are many challenges as well, Covid-19 still being one of the topmost. It has complicated efforts to address other pressing issues. The Government of India has set an ambitious target of adding 175 GW of renewable energy capacity by 2022 and 450 GW by 2030. Its focus on achieving power for all has accelerated capacity addition in the country. All these initiatives have started attracting a huge amount of interest from the private sector, both domestic and international.”

On the company’s road map, he says, “Tata Power plans to concentrate on the growth of new businesses in sectors such as renewables, rooftop solar, electric vehicle (EV) charging, smart metering, microgrids and home automation. In addition, Tata Power plans to set up an EV charging infrastructure consisting of over 700 charging stations across the country by December 2021. Further, the company is targeting Rs 270 billion in revenue from the transmission and distribution business by 2024-25.”

Kale recalls his most memorable assignment as the time when he was working as chief executive officer with Itezhi Tezhi Power Corporation Limited, Zambia. He was entrusted with ensuring the smooth transition of the company from the project phase to the operations phase. He had to deal with a tough engineering, procurement, and construction contractor from China with a consortium of four internationally reputed senior lenders who were keeping a strict vigil on every stage of the project.

He believes in consensus building and collective leadership. “A consensus decision brings in a sense of ownership among team members, and then I don’t have to worry much about the implementation part. I also allow my team members to take decisions at their level, which empowers and helps them develop. I strongly believe in the statement ‘what gets monitored gets measured, what gets measured gets reviewed, and what gets reviewed gets improved’,” he notes.

Kale likes travelling and meeting meeting new people, and tasting a variety of food. He plans to visit Norway, Iceland, Antarctica, and the Amazon.