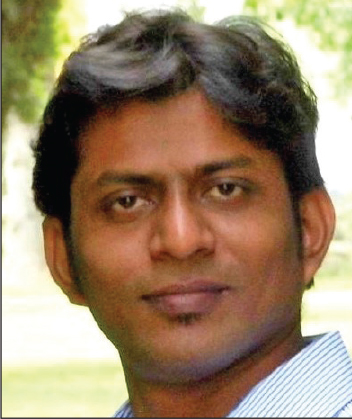 Dr Joydev Manna has worked on the production, storage and use of hydrogen energy over the course of more than a decade. He is currently working as a senior scientist at the Hydrogen Energy Division, National Institute of Solar Energy, an autonomous institute under the Ministry of New and Renewable Energy. His team is currently working on a techno-economic feasibility study for a state government agency on green hydrogen production using solar PV electricity and alkaline electrolyser. As part of this project, a number of hydrogen-fuelled buses and cars will be deployed in two cities and the hydrogen demand for running these vehicles will be fulfilled by hydrogen generation-cum-refuelling stations.

According to Manna, for renewable hydrogen to take off in India, it is important to undertake large-scale production of electrolyser and fuel cells domestically. This will lead to a reduction in the cost of hydrogen and fuel cell vehicles due to economies of scale. As costs fall, the technology will eventually become more affordable for middle- and upper-middle-income groups. The other key area that needs attention is infrastructure. Incentives should be given to industries and stakeholders to deploy hydrogen refuelling stations and hydrogen-fuelled buses. This could be done in the metro cities first, and then throughout the country.

The government, on its part, is encouraging the hydrogen segment, Manna notes. In the recent union budget announcement, the finance minister mentioned that the government is going to implement a National Hydrogen Energy Mission in the following year.

Manna has a background in chemistry. He completed his undergraduate studies from Midnapore College, following which he joined IIT Bombay to pursue an MSc in energy science and engineering, where he undertook a project on hydrogen energy and its utilisation. He then completed his Ph.D from IIT Bombay, with an academic focus on hydrogen generation from complex hydrides. He continued his academic journey, further completing three postdoctoral research studies at three different institutes – Middle East Technical University, Ankara, Turkey; University of Quebec, Trois-Rivières, Canada; and IIT Madras.

Manna’s goal is to set up a world-class laboratory in the hydrogen energy field, with an array of sophisticated facilities that would be accessible to a multitude of students. In his spare time, he likes to read poetry and novels.