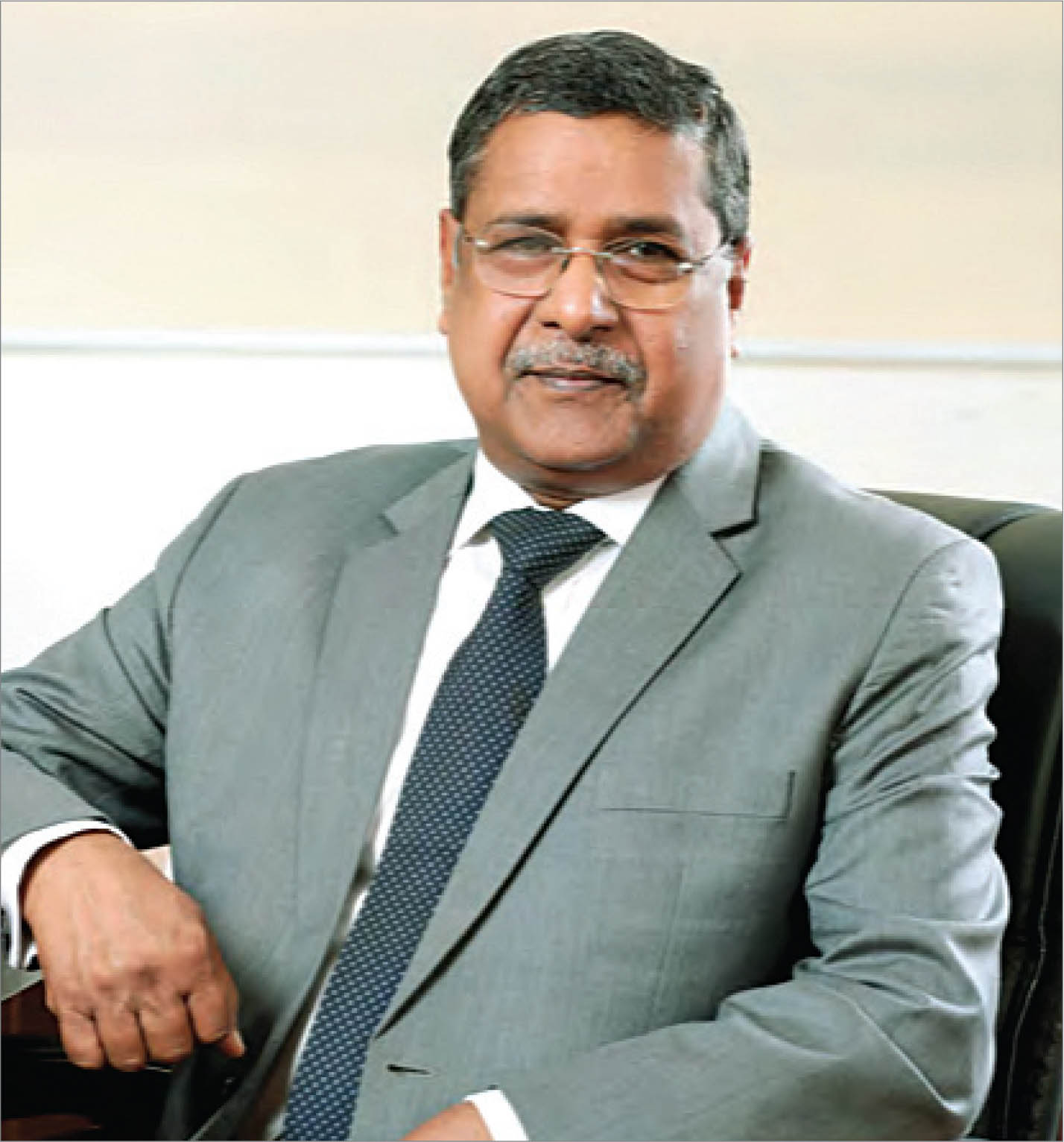 During 2020-21, the Indian Energy Exchange (IEX) witnessed unprecedented growth, with the highest ever yearly electricity volumes of about 74 BUs and a year-on-year growth of 37.3 per cent. The IEX’s newly launched market segments – real-time market (RTM) and green term-ahead market (GTAM) – accounted for about 14 per cent of its electricity volumes. Going forward, it plans to strengthen and further advance its technology platform, undertake new customer-centric initiatives and launch new market platforms. In a recent interview with Power Line, S.N. Goel, chairman and managing director, IEX, shared his views on the current state of the power sector as well as the future outlook…

The power sector is at the cusp of a transformation. This decade is characterised by the energy shift led by renewables and technology, rapidly changing the way we have so far produced, supplied and consumed energy. The government has been successful in making strides in expanding the access to electricity to all households in India through Saubhagya and other related schemes. With an increase in industrial and economic growth, thrust on urbanisation and enhanced electrification, the per capita consumption of electricity has almost doubled from 696 kWh during 2010-11 to 1,208 kWh during 2020-21.

In the past decade, we have achieved significant capacity addition. With a CAGR of 8 per cent, the installed capacity increased from 200 GW during 2010-11 to 382 GW during 2020-21. With our peak demand at only 190 GW, we are now a power-surplus country as against during 2010-11 when our peak deficit was 10 per cent. Most importantly, there has been an accelerated growth in the share of renewables, which is now 94 GW and represents 24 per cent of installed power capacity. This renewables growth reaffirms India’s fast paced transition towards a sustainable energy economy.

High transmission congestion a decade back led to inefficient utilisation of power generation resources and this necessitated the splitting of the market into five to six areas. Now, with 765 kV transmission highways along with high voltage direct current links across the country, we have successfully developed an integrated single grid in the country, which is the largest in the world. Power can now flow seamlessly across the country resulting in one nation one price on a round-the-year basis.

However, the distribution sector continues to be a weak link in the power value chain. The aggregate technical and commercial (AT&C) losses in many states continue to be higher than 20 per cent and cumulative overdues of distribution utilities are over Rs 670 billion as of March 2021 despite the recent significant financial liquidity support provided by the government. However, efforts are being made to create a pro-consumer power system, including the introduction of a result-linked power distribution sector scheme with an outlay of Rs 3 trillion over the next five years, and the introduction of the Electricity (Amendment) Bill, 2020 that proposes delicensing of the distribution business and facilitation of competition in power distribution and supply. There are other policy and regulatory initiatives in the pipeline, including initiatives to deepen the power market, which will bring in the much-needed efficiency the sector.

The overall outlook for the sector looks promising. We expect the transformation driven by the energy shift and the existing and forthcoming policy and regulatory initiatives to unfold several new opportunities and accelerate the adoption of technology-based innovations.

How has been the performance of the IEX over the past few years in terms of quantum of energy traded?

Since its inception in 2008, the IEX has come a long way. The energy markets are now an inevitable part of the value chain and are positioned as its key pillar. As a result of our significant and persistent efforts towards market development, the IEX has successfully built a robust ecosystem of 6,900-plus registered participants across conventional and renewable segments. We have always had a strong focus on technology, innovation, customer-centricity, corporate governance and our people. We have seen electricity volumes grow at a CAGR of 17 per cent in the past three years, from 46 BUs during 2017-18 to 74 BUs during 2020-21. The IEX has been consistently leading market development with a 95 per cent market share and is now eminently positioned as an institution.

Our diversified market segments across electricity, renewables and certificates coupled with the robust value proposition of most competitive prices, besides flexibility, transparency and no counter-party risk in power procurement, have helped us to increase the share of the exchanges in the short-term power market from 37 per cent in 2017-18 to 54 per cent in 2020-21.

What have been the IEX’s key business and financial highlights over the past one year?

The financial year 2021 has been exceptional for us, in terms of our journey in the past more than 12 years. It was a year of digital transformation for us as we successfully undertook many initiatives. A few initiatives that were implemented include analytics and data insights to market participants, application programming interface (API)-based bidding in the real-time market, advanced trading mixed-integer linear programming (MILP) algorithm at par with the European markets and the launch of the web trading portal for our stakeholders to ensure a seamless and intuitive trading experience.

While a major part of the year saw a nationwide lockdown and a drastic reduction in the demand for electricity, the IEX led the situation from the front ensuring uninterrupted 24×7 access to our platform and facilitated the utilities to maintain round-the-clock power supply. We successfully launched new market segments – real-time, cross-border and green markets, and commenced our first diversification venture in gas through the inception of our subsidiary Indian Gas Exchange.

In terms of business and financial performance, the year 2021 saw unprecedented growth with the highest ever yearly volume of about 74 BUs and a year-on-year growth of 37.3 per cent. The new market segments, the real-time market (RTM) and green term-ahead market (GTAM), contributed 14 per cent to our electricity volumes. The average market clearing price of Rs 2.82 per unit on the exchange was 6 per cent lower than the previous year. We were able to achieve this despite a rough year that had impacted almost all sectors. This showcases the resilience and strength of our business.

What are your views on the recently proposed integrated day-ahead market (DAM), which would blend conventional and renewable energy?

The proposed integrated DAM is a progressive step towards the development of a robust electricity market in India and is in line with our renewable energy aspirations. This aims at the integration of the renewable energy and conventional energy segments on the exchange, where participants will have an option to bid exclusively for renewable power and unselected renewable energy bids will be transferred to the conventional DAM to provide the participants another avenue for transaction. It will help to competitively discover renewable energy prices and enhance market-based despatchability of green power. However, there are a few key regulatory aspects that need to be addressed to support a successful integrated market establishment and growth. Regulatory enablers such as fungibility of all types of renewable purchase obligations (RPOs) so that buyers can flexibly determine their solar and non-solar purchases, and interchangeability of sale under RPOs and renewable energy certificates (RECs) are necessary. We are very optimistic about the prospects of the integrated DAM.

How has been the response on the new segments – GTAM and RTM?

The RTM commenced trading on June 1, 2020 and since then it has received an incredible response from market participants. It now accounts for around 13 per cent of the IEX’s overall power traded volume and has been trading over 1 BUs for five consecutive months from December 2020 to April 2021. The growing volume in this market shows its acceptance by distribution utilities and industrial consumers as the go-to platform for addressing their real-time electricity demand-supply balancing in the most competitive and efficient manner with the delivery of power at just a one-hour notice.

Unlike in the DAM, where we run one auction per day, in this market a total of 48 auctions are undertaken every day with a very stringent timeline of 15 minutes for bid collection, price discovery and interaction with the National Load Despatch Centre for corridor availability. This requires very high technological expertise. During the year, we significantly upgraded our system, allowing the market to operate with 100 per cent availability.

The GTAM has also received an encouraging response from market participants since its commencement on August 21, 2020 and is witnessing an average monthly participation of over 30. The market has been enabling distribution utilities, industrial consumers and green generators to trade in renewable energy in the most competitive and viable way.

What is the outlook for trading volumes and prices at the exchanges in the near future?

We expect industries and utilities to continue leveraging the exchange to derive greater efficiency. In this fiscal, the localised restrictions and lockdowns might have some impact on the economic growth and electricity demand. However, the industry and commercial ecosystem seem to be far better equipped and prepared as compared to the past year and electricity consumption has been growing.

Looking at our past performance and the evolving positive power market prospects, we are optimistic of achieving a 20 per cent CAGR over the next five years. We will continue to further strengthen and advance our technology platform, undertake implementation of new customer-centric initiatives, sustain growth momentum in the existing as well as new market segments including cross-border trade, restart trade in RECs, commence trade in energy saving certificates under Perform, Achieve and Trade Cycle 2, and work towards launching other market segments such as longer-duration delivery contracts and the integrated GTAM.

What is your outlook for the power sector for the next two to three years and the role of power trading in it?

The renewable energy-led energy shift will play a central role in evolving the new energy dynamics in India. The government would continue to focus on improving efficiency in the value chain, especially the distribution segment and also deepen the power markets. Additionally, we expect an increased role of technology and automation, greater consumer choice and further strengthening of the transmission and distribution infrastructure in the sector.

Our per capita electricity consumption at 1,208 kWh is only a third of the global average and this is bound to increase with India’s vision to become Atmanirbhar, and its aspiration to become a $5 trillion economy and a global economic powerhouse by 2024-25. The power market is expected to play an imperative role in facilitating the government’s vision of Power for All on a 24×7 basis at affordable prices. The favourable regulatory initiatives and infrastructure development that have been under way and other new ones will facilitate these developments.

On our part, we are working  in proactively in collaboration with all stakeholders towards deepening the markets. Competitive prices, transparency, efficiency and flexible procurement are the hallmarks of a market-led order and these will pave the way for building a sustainable and efficient energy sector.