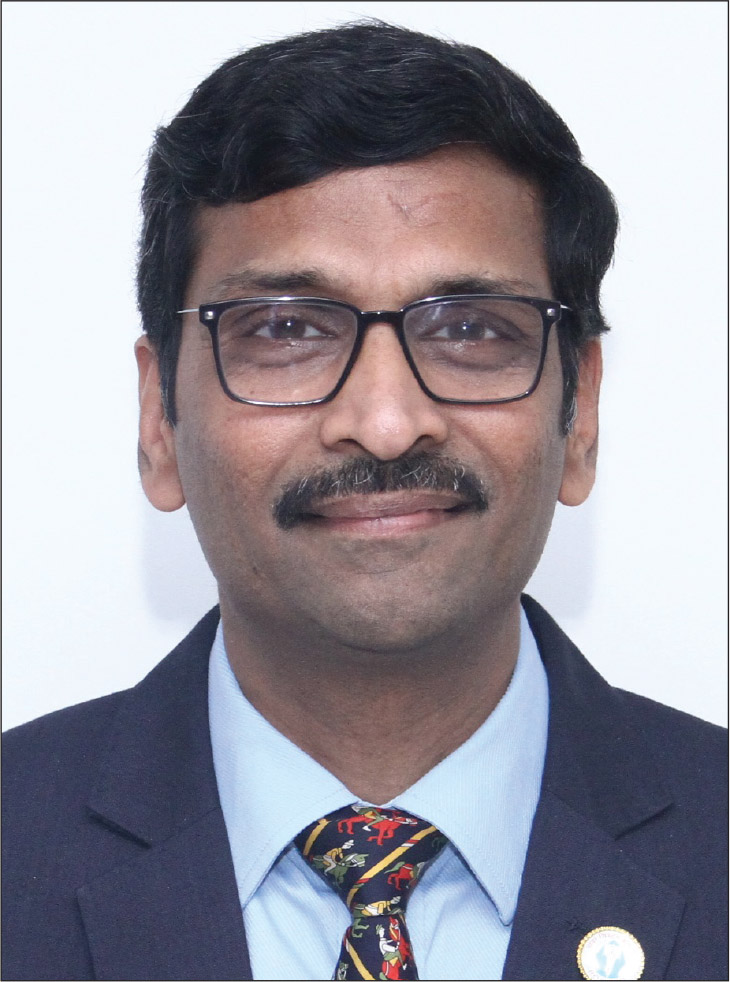 Power System Operation Corporation Limited (POSOCO) has been instrumental in facilitating the integrated operations of regional and national grids in a secure and reliable manner. With the power sector landscape witnessing changes due to the energy transition and load variations, the system operator is focusing on enhancing grid flexibility and visibility to ensure seamless operations. At a recent Power Line conference, K.V.S. Baba, chairman and managing director, POSOCO, shared his views on the evolving system operations, growth of ancillary services, the role of technology and the way forward. Excerpts…

System operations have changed with changes in the sector. We have graduated from power shortfall to adequacy and further towards surplus. Similarly, we have moved from separate state grids to regional grids, and now we have a unified national grid. The transmission network has enabled us to have a very strong national grid.

Earlier system operations used to focus on maximising generation, but now economic optimisation of power supply is the key factor as all stakeholders are looking to minimise their expenditure, which is a rational approach. The system operator has been facilitating excellent market regulations as well as open access. This can be demonstrated by the fact that the country met a peak demand of 189 GW in January 2021 despite the fight against Covid-19. Even after a lull of seven to eight months due to Covid-19 lockdowns, our energy consumption during 2020-21 was nearly the same as last year (about 1,300 BUs).

The growing share of renewables in the energy mix is going to drive further changes in system operations. As far as transmission is concerned, India is the only country that has 12 high voltage direct current connections as well as static synchronous compensators, which give considerable flexibility to system operations. However, greater flexibility is required in generation. We are seeking to improve the flexibility levels of all the intra-state generating stations so that they also can operate at a technical minimum of 55 per cent, similar to that of central thermal power stations.

As for ancillary services, so far they are provided under the regulated mode – Reserves Regulation Ancillary Services (RRAS). At the initial stage, only the interstate generating stations have been covered under the RRAS, and it works on a fixed mark-up method. It has been observed that often when we need generation during peak times, the reserves are not there. If any event occurs, the primary, secondary and tertiary reserves should automatically get activated in a proper and systematic manner. The expert committee constituted by the Central Electricity Regulatory Commission has recommended the modification of the grid code to incorporate a scheme of reserves and their activation. The central commission is working on the new grid code and ancillary services framework. We are hopeful that it will come out soon. It is envisaged that similar initiatives on reserves and ancillaries would be undertaken at the state level too. Further, with draft ancillary services regulations on the anvil, it is expected that more players will join the ancillary market. The secondary frequency control is being proposed to begin with a regulated mode. A market-based mechanism is being proposed for tertiary frequency control.

Role of technology and analytics

Establishing operational security and reliability is the key focus area for POSOCO, and towards this, situational awareness has to improve manyfold for effective discharge of functions by frontline operators. To this end, we have improved the supervisory control and data acquisition (SCADA) system and introduced phasor measurement units (PMUs) with enhanced grid visibility. Notably, only a few countries in the world have provided output of PMUs in control centres and thus we can take pride in that. These PMUs provide vital information on voltage and phase angle measurements, increasing our risk appetite and allowing us to facilitate higher load on the system. In addition, renewable energy management centres have been established, which have helped the system operator. Other important steps taken include the introduction of ancillary services, a security constrained economic despatch (SCED) pilot, and the establishment of a real-time market (RTM).

We change the entire hardware for our load despatching, SCADA communication and energy management system (EMS) every few years. This is important because there are several new software solutions that cannot be implemented on older hardware. We are also trying to bring all state load despatch centres onboard for upgrading their systems, along with that of the RLDCs.

POSOCO has archived a significant amount of data from operations and several data analytics tools are necessary to derive insights from the large data. In the recent past, we have published reports on the ramping capabilities of thermal power plants and SCED to share these insights.

Demand estimation is another area of focus, as it is the base for effective system operation. Demand is impacted by a number of factors including climatic conditions, so we have tied up with the India Meteorological Department and Indian Space Research Organisation to obtain weather-related inputs. We are also trying to develop artificial intelligence and machine learning-based tools at all RLDCs to improve our demand forecasts.

The RTM was introduced in June 2020 and is progressing very well. However, it is too early to talk about its impact on grid operations. The RTM has immensely benefitted stakeholders. The day-ahead market (DAM) and RTM can help in correcting inaccuracies such as underestimation or overestimation in terms of power procurement/supply. Typically, states carry out load forecasting after consolidating the power purchase requirement of all discoms, because the economy of a state ultimately depends on how effectively it has procured power from resources within the state or from outside. The other new upcoming market product is the green DAM and studies are being carried out on this subject. The green term-ahead market has already been launched. In essence, renewables will be traded on the exchanges. Financial products are also likely to be introduced in the Indian electricity market.

Future of the grid

With increasing renewable energy integration, decentralised system operations have begun. Although we are taking care of the grid in a centralised manner, we are prepared for the decentralised version as well. Further, as more and more renewables get connected to the grid at the distribution side, the distribution system operator (DSO) will play a greater role. There is a need to introduce the concept of DSO in the sector. Given that 40 GW of rooftop solar capacity is envisaged, only a DSO can really handle this much capacity. In addition, certain pilots on demand response are expected.

Five years down the line the grid needs to become more flexible to further accommodate the growing share of renewables. The system operator’s job will become more challenging because the demand pattern is changing at a rapid pace. Owing to variations in demand and its pattern, we will be forced to add more flexible and faster response resources to facilitate grid operation.

In order to contain the risks in grid operation, system protection schemes will need to be introduced. Last but not the least, cybersecurity is a very critical issue, and we are taking help from the Centre for Development of Advanced Computing as well as other premier institutions to establish firewalls and cyber enablers in every area.