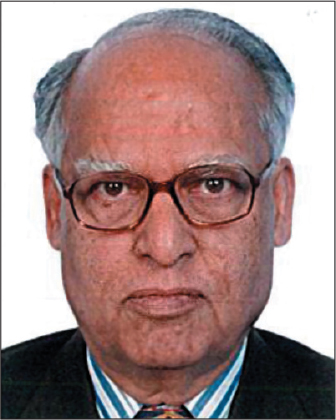 The long-awaited amendments to the Electricity Act, 2003 have un­for­tunately been stuck in Parlia­ment due to the diffidence of the Power Ministry in the absence of a broad political consensus. The amendment bill was not lucky en­ough to be pushed through during the usual uproar in the House, as has happened with many other bills. The states, with their singularly tubular and shortsighted approach, are opposing certain much-needed amendments such as a central level selection committee for the state commissions.

In dealing with such highly contentious issues, strategy is more important than the logic and rationality behind the proposed amendments. It is not necessary that the entire Electricity Act has to be amended in a single sweep. Even the Constitution of India has been amended 105 times, and the last amendment is yet to come.

Uninterrupted, adequate and reliable supply of electricity is the sine qua non for a flourishing economy. The promotion of re­newable energy has to be pursued aggressively and relentlessly, but many of the discoms have not hesitated in rescinding long-term power purchase agreements (PPAs) pertaining to wind and solar energy on spurious grounds. Such arbitrary and patently illegal orders have raised international reverberations. In a country governed by the rule of law, this is unthinkable, but, lamentably, some of the regulatory commissions have not hesitated to endorse such arbitrary and patently illegal decisions.

The dispute resolution mechanism in the power sector is in a total mess. Most of the regulatory commissions have failed to deliver the goods.

Section 42 of the Electricity Act, 2003 guarantees the right to procure electricity through open access. Initially, the response was very encouraging and the power exchanges did a commendable job in providing electricity at much lower rates. However, the discoms were uncomfortable with the growth of open access, as it was hurting their revenue. Hence, they created a plethora of impediments against open access operations. What is most distressing is that through the regulations, the commissions have blessed these stumbling blocks against open access, in flagrant violation of Section 42 of the Electri­city Act. Unfortunately, regulations cannot be challenged be­fore the Appellate Tribunal for Electricity (APTEL), and the hi­gh courts face a huge pendency, hence, no prompt relief can be expected from the high courts in such matters.

The orders of the judicial courts are generally respected, not because they are always right but because of their stellar independence. The public image of the courts has always soared high because they are seen to deliver justice without any fear or favour. Unfortunately, the commissions, which should have followed the rich traditions of the judiciary, have not been able to come up to those high expectations.

Ideally, the national-level selection committee envisaged in the draft amendments could have dramatically checked this rot. Under Section 84 of the Electricity Act, 2003, the three-me­m­ber selection committee for the state commissions is headed by a retired judge of the high court, who is picked up by the state government. Of the two other members, one is the chief secretary. The other member could be the chairperson of either the Central Electricity Authority (CEA) or the Central Electricity Regulatory Commission (CERC). In practice often, the government chooses an accommodating judge, who literally endorses the names suggested by the chief secretary. Reg­rettably, due to the flawed composition of the selection committee, it has largely become a rubber stamp of the state government. The government nominee dominates, and in the majority of cases, the committee meekly endorses the names suggested by the chief secretary.

Inordinate delays in filling up vacancies and the consequent delays in the disposal of appeals have sounded the death knell of the dispute resolution mechanism.

In spite of its undoubted independence and high acumen, APTEL has virtually collapsed under the sheer load of appeals. Inordinate delays in filling up vacancies and the consequent delays in the disposal of appeals have sounded the death knell of the dispute resolution mechanism.

Looking at the huge number of pending appeals, it is clear that the present strength of the Tribunal – two judicial members (including the chairperson) and three technical members (including one from P&G) – is woefully inadequate. To add insult to injury, even these posts have often remained vacant for very long spells.

Consequently, instead of two benches, only a single bench has remained functional for months together. On the day the chairperson or a member is appointed, it is known when he or she will superannuate. Why cannot the Power Ministry set the selection process in motion well in time?

Appeals filed way back in 2015 are still languishing before APTEL. Lately, the Government of India (GoI) has been making Herculean efforts to raise the country’s world ranking in the “ease of doing business”. India’s ranking has consistently re­mained low, among other reasons, due to the never-ending de­lays in litigation. No homeopathic doses will work. We need major surgery.

In every country, electricity is the prime mover of all industrial growth and activity. But perhaps it has escaped the attention of the GoI that such inordinate delays in filling up vacancies and the consequent delays in the disposal of appeals sound the very death knell of the dispute resolution mechanism. In addition to the existing two benches, at least four new benches should be created for a few years to cope with the staggering backlog. Once the pendency reaches a reasonable level, the number of benches could be gradually reduced by not filling up the vacancies. If one has to cross a ditch, one cannot proceed step by step. It has to be a quantum jump. The same holds good for clearing the crushing backlog of appeals.