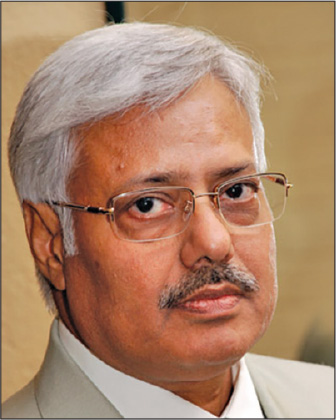 Atmanirbhar Bharat presupposes a robust and sustainable power supply system to accelerate progress. Power sector reforms in India star­ted along with the liberalisation of the ec­o­nomy with the objectives of en­su­ring security of supply, effici­ency improvement and cost recovery. India has done extremely well on two subsequently added goals of uni­versal electrification and decarbonisation of the power sector. All remaining revenue villages were electrified in less than 1,000 days and around 28 million households were electrified within 18 months, creating a global success story. Of the total installed capacity of 386,888 MW in the country, about 37.3 per cent generating capacity is from clean sources including hydropower.

A recent independent survey shows that an average Indian household gets almost 20.6 hours of power supply a day, with urban areas getting 22-24 hours and rural areas getting 20 hours. The daily power demand has already peaked above 200 GW. However, the persisting huge outstanding dues (currently at about Rs 1,000 billion) make the sector unsustainable. Thus, security of power supply has improved considerably, but efficiency and cost recovery are struggling behind.

State-owned distribution utilities are inefficient and laden with heavy financial liabilities. Therefore, private participation in distribution management is advocated as an instrument of reform to change self-perpetuating, rent-seeking and change-resistant utilities. It is supposed to infuse efficiency and cost recovery as well. But it is not subscribed to easily by many sta­tes because it would increase their subsidy burden and also reduce political manoeuvrability of electricity supply. Cost recovery is a long-drawn struggle for distribution utilities. The state-owned discoms request for a tariff structure suited to the state governments’ policy, and capital cost recovery is seldom factored in. The operating costs and even debt servicing get obliterated with the increase in the power procurement cost or diminishing efficiency. A reduction in the power purchase cost would be possible with the growth of renewables, but controlling infirmities, enhancing storage capacity and managing re­newables would require heavy capital investment and capacity building of manpower.

The efficacy of regulations has always been inadequate due to the inability of regulators to resolve the conflicting objectives of commercial viability and consumer interest, resulting in fiscal liability. Distribution efficiency is adversely affected by theft, non-metering of consumers, non-realisation of even the billed amount and inadequate investment in system improvement. Process-based reforms involving unbundling, regulation, competition and private participation have attempted to tackle them.

It is time to introduce outcome-based reforms designed specifically for the identified discoms as they have different sets of problems as well as different consumer mixes. A 2019 study of the World Bank Group of over 88 developing economies found that good practices of corporate governance have a strong correlation with good utility performance in terms of cost recovery and distribution efficiency. Therefore, accountability and au­tonomy of the board of directors, observance of accounting standards, financial discipline, role clarity for employees and senior management, easy hiring of technical staff, transparent and competitive procurement, ability of firing non-performers and reasonable tenure of the chief executive officer of state-owned distribution utilities should be ensured.

The lack of institutional capacity for distribution planning is the greatest handicap for distribution reforms. The largest public expenditure in the power sector has gone into distribution through schemes such as the Rajiv Gandhi Grameen Vi­d­yu­tikaran Yojana, Deen Dayal Upadhyaya Gram Jyoti Yo­­ja­­na, Integrated Power Development Scheme, and Pradhan Mantri Sahaj Bijli Har Ghar Yojana (Saubhagya). Recently, the Revam­p­ed Distribution Scheme with an outlay of about Rs 3,037.58 billion was approved with similar conditionality as the earlier schemes for improving and modernising distribution infrastructure. Unfortunately, neither the states nor the centre has any distribution plan in place. Scheme-based guidelines have governed the sector. Initially, the National Electricity Plan (NEP) prepared by the Central Electricity Authority (CEA) pertained to generation alone and subsequently included the perspective plan for transmission. Both generation and transmission now have a sizeable presence of private investments.

Along with tariff petitions, the SERCs ask for capex and business plans, but the submitted documents are most often sketchy and meant only to comply with conditionality. On the behest of the Distribution Division of the Ministry of Power, the CEA, in consultation with the states, created a draft Distribution Perspective Plan for 2017-2022, which is yet to be adopted. It is an initial exercise and must evolve further at the utility level, state level and national level. In the absence of planning, uneven asset development results in islands of over-capexed areas and others with a deficient infrastructure des­pi­te heavy public investment. Infrastructural and financing requirements can be better addressed with detailed micro-planning at the utility level. Revenue sharing models may not be viable in areas with low consumer density.

The­re has been sustained demand to reduce the industrial tariff so that Indian industries are globally competitive. In many developed economies, bulk consumers get electricity at a cheaper cost than retail users. But in a recent analysis by the IEA, the residential tariff in India on a PPP basis has gone quite high and is higher than that in Russia, China, the US, In­donesia, Canada, Korea, etc. Hence, the scope of a tariff hike in this category without impacting household finance is limited.

Another issue is subsidy or tariff compensation from the government. Subsidies to electricity distribution companies (discoms) range from 10 per cent to 30 per cent of the aggregate revenue requirement of discoms in various states. These subsidies are not limited to agricultural consumers alone, as in many states certain categories of domestic, non-domestic and even industrial consumers receive free or subsidised power. The quantum of subsidies is significant and also increasing, but it is not enough to compensate the rise in the average cost of su­pply in many states. Delays in subsidy payments further cause cash flow problems and increase the working capital borrowings of discoms. With the rising cost of supply for discoms and the increasing demand from newly electrified and poor households, the need for subsidies has increased. With the growth in open access and captive consumption, cross-subsidy would decrease and it would aggravate the need for increased subsidy support. In addition, open access, which is mostly short term, makes planning for power procurement more challenging for discoms. With the rising cost of supply by discoms and the falling cost of renewable energy sources, open access will increase and discoms will face significant uncertainty about future demand and possibly possibly end the cross-subsidy and subsidy-based business model. New generation reforms must look for restructuring of the distribution business such that discoms serve the strategic requirement. 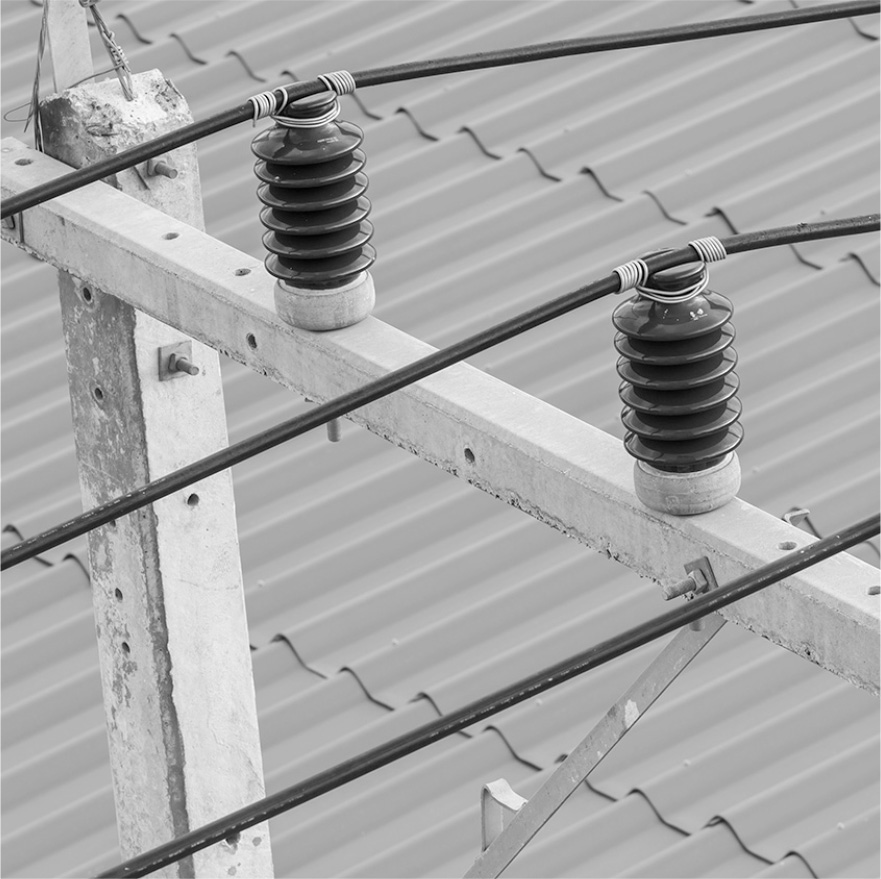 The risks and rewards are not equitably distributed along the power value chain. The risks facing the sector are shifted to discoms as they are the interface between the utilities and consumers. Power reform initiatives must address the value chain in entirety. With the diminishing creditworthiness of discoms, the power sector’s non-banking financial companies have to lend to them. The lending rates of these financing agencies are often higher, but they find it safe as discoms are state-owned utilities. For the discoms as well as the states, such financing does not create any pressure for performance and payment. Many times, it leads to evergreening of existing loans. Thus, a vicious cycle sets in. It should be addressed by making the states’ borrowing for the power sector more transparent, competitive, earmarked and part of the overall state borrowing. Electricity is a subject in the concurrent list of the Constitution. However, power distribution remains under the purview of the states. Distribution reforms depend on the economic and political realities of states, and not always on market-driven business models. Reforms will not succeed unless the states support them. Therefore, a transformational move to make electricity distribution a state subject may become an effective instrument of reforms. In a changed scenario, the political economy of electricity will create higher responsibility for states to ensure quality power supply and make discoms sustainable.

(The views expressed in this article are the personal views of the author.)

The power distribution segment continues to be the Achilles heel of the po­wer sector, adversely impacting the viability of the entire value chain. In the past couple of months, the outstanding discom dues to power […]

Coal is the most dominant fuel for power generation in India. However, while coal production has been growing, it has remained much below the demand, leading to increased imports. Owing to the shortage in domestic […]