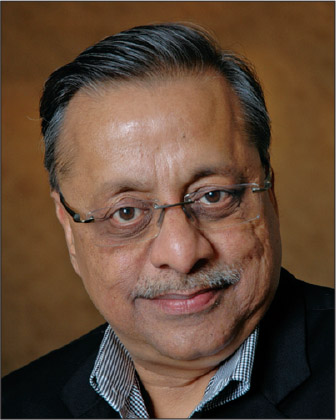 Circa 2002 Delhi – Numerous power cuts… Prolonged load she­dding for nearly six hours at a stretch… Poor quality of power… Over 500 transformer blowouts a month… Gensets and stabilisers in every house… Hopeless custo­mer care… Massive aggregate technical and commercial (AT&C) losses of over 55 per cent, giving Delhi the dubious distinction of being the power theft capital of India.

The huge AT&C losses were draining the exchequer of thousands of crores of rupees in yearly budgetary support. Amidst bitter opposition from employee unions and opposition parties against any kind of electricity reforms, and with Delhi state elections due in a year in 2003, the government decided to eventually bite the bullet and took a very bold step to privatise the then Delhi Vidyut Board (DVB).

The rest, as they say, is history!

In 2002, the erstwhile DVB was unbundled, in which three distribution companies (discoms) were carved out and privatised through a bidding process, in which a 51 per cent stake was offer­ed to the successful bidder, while the Delhi government re­tained 49 per cent. As an outcome of this bidding process, Reli­an­ce Infrastructure (erstwhile BSES) acquired a 51 per cent stake in two discoms, which were eventually named BSES Rajdhani Power Limited (for the South and West Delhi circles), and BSES Yamuna Power Limited (for the East and Central Delhi circles). The third discom, for North and Northwest Delhi, was acquired by Tata Power Company, Tata Power Delhi Distribution Limited (earlier called North Delhi Power Limited).

I had the good fortune of being associated with Delhi’s power sector reforms right from the beginning in 2002 for nearly 17 years. Today, I can look back with satisfaction and pride, and de­clare with conviction that the story of electricity reforms of Delhi is the backbone of Delhi’s transformation into a global city.

While every stakeholder is reaping the benefits of its success, the journey has been indeed arduous, to say the least. Not just arduous, but scary!

Today, uninterrupted and quality power supply in the capital has become a way of life; much like the way messy power failures and load shedding were a way of life nearly 20 years ago. In fact, many of today’s youth weren’t even born in 2002 and would never be able to relate to the stories of frequent outages, erratic power supply and flickering of TVs/tube lights during the years preceding the millennium.

It was pretty normal to have six to seven hours of power outages and countless hours in trying to get those fixed. One couldn’t walk through the markets of Lajpat Nagar or Nehru Place or for that matter, even the posh residential colonies of Delhi, without covering one’s nose because of the toxic fumes emanating from loud diesel gensets. That was also the time when customer care was nothing more than a hole-in-a-wall and to pay one’s electricity bill or get a billing issue resolved, which was very common, one had to take half a day’s leave from the office, which at times became a full-day affair and even then, there was no certainty that the work would happen or the bill paid.

In the late 1990s and early 2000s, most of the state electricity boards were in a shambles, both technically and commercially, notwithstanding the reforms and policy frameworks put in place by the central government. Power being a concurrent subject, it eventually needed individual states to take decisive steps and actions for power sector reforms in their respective states. It is to the credit of the Delhi government of those days to have the political will to initiate the process of unbundling and privatising electricity distribution in the capital city. It was a major political gamble. But it is to the perseverance of the government and the huge efforts put in by both Reliance and the Tatas that now, in its twentieth year, the resounding operational success of Delhi power distribution privatisation is an insightful case study for many across the world.

Today, Delhi discoms have one of the most modern distribution networks in the country. This has also allowed the discoms to meet the national capital’s growing power demand, which has increased from 2,879 MW in 2002 to 7,409 MW today – an increase of over 250 per cent. However, the key to ensuring reliable power supply on a sustainable basis was to dramatically bring down AT&C losses. At the time of privatisation, the average AT&C losses in the national capital were over 55 per cent. In fact, in some pockets the losses were as high as 80 per cent!

With a slew of relentless and focused initiatives in the technical and commercial areas, coupled with huge investments of nearly Rs 200 billion for revamping and upgrading the network infrastructure, the Delhi discoms succeeded in bringing about a record reduction in AT&C losses. From 55 per cent in 2002 to 7 per cent today, Delhi’s AT&C losses are comparable to leading cities around the world, such as New York (9 per cent) and London (8 per cent). It is interesting to note that during the decade before privatisation, AT&C losses in Delhi had climbed up by about 20 per cent. Besides ensuring uninterrupted power supply and best-in-class customer service, the biggest benefits that have accrued to the state following the unprecedented loss reduction are massive savings to the exchequer. From providing continuous budgetary support running into thousands of crores of rupees to a beleaguered DVB prior to 2002, privatisation has brought in a whopping Rs 1,200 billion worth of savings to the exchequer in the past 20 years.

Had it not been for the loss reduction and investments, there would have been no savings for Delhi consumers, and reliable power supply may have remained a pipe dream. To the contrary, this money would have had to be spent by successive Delhi governments just to keep DVB afloat and to ensure power supply to the national capital – leaving little for anything else. As a result, Delhi may not have been the revenue surplus state that it is today.

These funds have been available with successive Delhi governments since 2002 for city development – improving the infrastructure, opening more schools, etc. It has also cushioned the impact of inflation on power tariffs to an extent.

Today, Delhi power consumers can avail of any service from the comfort of their homes without visiting discom offices, through the website, mobile app and even through WhatsApp. Back in the days, getting a resolution even after visiting the DVB office multiple times was unthinkable. As a result of large-scale digitalisation of customer services and network automation, the discoms were able to continue providing their services and ensuring reliable power supply even during the peak of the Covid lockdown. Besides, the discoms are making a major push towar­ds going “green”. BSES, the biggest discom in the city, is working towards having over 50 per cent of its power corpus from green energy sources in the next couple of years.

But is all okay with Delhi’s distribution privatisation? Despite bringing about transformative operational changes, there are major challenges at the policy and regulatory levels that need urgent attention. One of the biggest challenges before the Del­hi discoms is the non-cost-reflective tariffs and tariff-related disallowances for many years.

Delhi buys all its power from central (85 per cent) and state (15 per cent) power generators through long-term power purchase agreements (PPAs), which were in place at the time of privatisation. Since 2002, the Delhi discoms’ cost of buying power has increased by around 300 per cent while retail tariffs have increased by a measly 90 per cent. Despite recognising the expenses, the discoms have not been allowed to recover these in the tariffs and have been deferred for recovery at a later date under the concept of regulatory assets.

Although the philosophy behind the regulatory assets is appreciable and acceptable, there needs to be a prudent and financially sustainable timeline for allowing the discoms to recover the costs that they have incurred for providing Delhi such a world-class distribution utility. Year after year, the continued accumulation of regulatory assets has begun hurting the sustainability of the discoms. The revenue gap arising out of the regulatory assets, that is, non-cost-reflective tariffs, has exceeded Rs 500 billion!

Discoms have approached and appealed to higher forums such as the Honourable Appellate Tribunal for Electricity (APTEL) and the Honourable Supreme Court. While some appeals have been upheld and some are still pending adjudication, the reality remains that the discoms are yet to see complete recovery of the regulatory assets with cost-reflective tariffs on an ongoing basis. Another issue confronting the discoms in Delhi is the non-applicability of many government schemes that are available to state electricity discoms. The central government, both in the past and also in the present, has launched various sche­mes such as the Ujwal Discom Assurance Yojana (UDAY) and liquidity infusion schemes under Atmanirbhar Bharat, to ease the financial burden on discoms as well as benefit consumers by maintaining smooth power supply and a reduction in electricity prices. However, not all consumers are being benefited from such centrally sponsored schemes, as their scope is limited to those under the state.

Inadvertently, these schemes are penalising consumers being served by the operationally efficient private discoms, as is the case in Delhi. Compared to the average performance of state-owned discoms across the country, Delhi discoms have far better operational parameters. The government ought not to discriminate between consumers, merely because one is being served by a state-owned utility and the other by a private one. The ultimate beneficiary in both cases is the consumer and not the utility.

On the whole, the Delhi power privatisation is an astounding success. It can serve as a template for the central government’s ambitious privatisation of state discoms – both on operational, as well as financial parameters. The issue of central schemes applicability and regulatory assets needs to be taken care of. Politically also it was a resounding success. The state government, post privatisation, went on to win the next two state and Lok Sabha elections!

The Ministry of Power (MoP) published the Tenth Annual Integrated Ratings for the review year 2020-21 in August 2022, comprising insights and ratings on the operational performance and financial condition of around 76 discoms, comprising […]

Suresh Prabhu, Former Union Power Minister, has been one of the key change-makers in the power sector. He is responsible for having pushed th­rough critical reforms, most no­tably the Electricity Act, 2003. In a recent […]