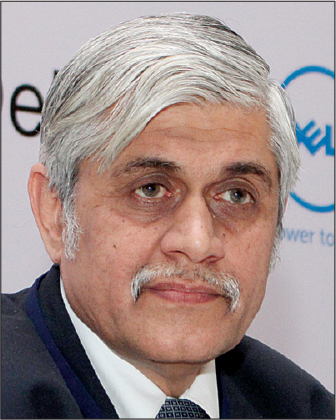 On January 7, 1897, Kilburn & Co. se­cured the electricity licence in Cal­­­­cutta as agents of the Indian Electric Co., which was registered in London on January 15, 1897. A month later, the company was re-named the Calcutta Electric Su­p­ply Corporation. The introduction of electricity in Calcutta was a success. In 1905, the Bombay Electric Su­pply & Tramways Compa­ny set up a generating station to provide electricity for the tramway. The first hydroelectric installation in India was in­stalled in 1897 near a tea estate at Sidrapong for the Darjeeling Munici­pality. The first electric street lig­ht in Asia was lit on August 5, 1905 in Bangalore. The first electric train in the country ran on the Harbour Line between Bombay’s Victoria Termi­n­us and Kurla on February 3, 1925.

The first law on electricity in the country was the Indian Electricity Act, 1910, which gave the basic method of obtaining licences for the supply of electricity in specified areas, the right to lay transmission and distribution infrastructure, and safety measures for the same. This was followed by the Electricity Supply Act, 1948, constituting the state electricity boards (SEBs), for expanding supply to cover wider areas over the state, and the Central Electricity Authority (CEA) for preparing the national power policy to ensure the control and utilisation of national power resources, collection of power sector data and dissemination of information, timely completion of schemes, as well as for giving advice to the central and state governments, SEBs, etc.

This was followed by resolutions on the formation of regional electricity boards by the central government in 1964 to develop the power sector on a regional basis for the optimum utilisation of resources in the region. They had members from all the states in the region, and the secretariat was provided by the CEA. The region-wise development was better than the states operating on their own for not only optimum utilisation of resources, but also grid stability. From generating set ratings of 30 MW and 60 MW, and later 110 MW, Indian manufacturers started designing generating units of 210 MW, in line with the vision of the CEA. This led to economies of scale and a large generating capacity coming up in a single stroke. These sets were standardised for the country, and orde­rs for a large quantum of these generating stations were placed by the newly created National Thermal Power Corpo­ration (NTPC) in 1975, as well as by the SEBs.

The Electricity Act, 2003 was a landmark act that brought a fresh and modern perspective to the electricity supply industry. It also tried to deal with sector inefficiencies through SEB corporatisation, and encouraged competition and privatisation.

However, these large capacity sets, with states operating in isolation, led to grid instability. For example, in the western regi­on, comprising the states of Gujarat, Maharashtra, Madhya Pradesh and Goa, in the year 1969, Maharashtra and Gujarat were connected together electrically through synchronous connections in order to share the electricity generated by the Tarapur nuclear power plant. Goa was also connected to Ma­ha­­rashtra through transmission lines. Madhya Pradesh operated on its own with large capacity power generating pla­nts be­ing set up, given the coal belt in the state. The total load of these plants was about 1,000 MW at the time, and the tripping of even one of the big generating sets would cause a grid disturbance in the state due to huge frequency fluctuations. Their interconnection with the Maharashtra-Gujarat grid subsequently stabilised the grid. This was followed by the interlinking of the regions for further optimal utilisation of resources in the country, with the ultimate objective of formation of the national grid. The eastern and north-eastern re­gions were the first to get linked in 1991. This was followed by connecting the western grid to the combined eastern and north-eastern grid in 2003. The northern grid got connected in 2006 and finally, the southern grid in 2013, thus completing the national grid.

There was a perennial shortage of power in the states, as the setting up of new generating stations was slow due to financial constraints. NTPC, a thermal generating company created in 1975 by the central government, was quick in setting up generating capacity, which was lapped up by the states after initial hesitation due to their vastly improved functioning, although the tariffs declared by the central government were higher than the generation cost of their own older units. The shortages were always officially in the range of 10-20 per cent.

The Electricity Act, 2003 was a landmark act, which consolidated the Indian Electricity Act, 1910, the Electricity Supply Act, 1948 and the Electricity Regulatory Commissions Act, 1998 and brought a fresh and modern perspective to the electricity supply industry. It also tried to deal with the inefficiencies of the power sector through the promulgation of corporatisation of the SEBs from the departments of the state government that they were, and also encouraged competition and privatisation. The generation sector was thrown open to competition. Distribution companies could procure power through competitive bidding, using open access in transmission, which was another important new facet of competition in the Electricity Act, 2003. The act mandated the formulation of regulations for technical standards for the construction and operation of generating stations and electric transmission infrastructure, as well as for grid operation and safety in construction and supply, by the CEA. It also mandated the central and state electricity regulatory commissions (SERCs) to make regulations for various aspects of power system operation as well as tariff determination in a transparent way so as to create a level playing field and consequently attract private investors in the sector.

The only laggard in the power sector is the distribution segment, which comes under the states. This segment is the last part of the jigsaw puzzle that needs to be solved for a radical change in the sector.

The Central Electricity Regulatory Commission (CERC) then got its act together, introducing path-breaking regulations, with some guidance from regulations in developed countries, but largely innovating, based on the existing conditions in India. The regulations were on open access, tariff determination, the grid code, connectivity and long-, medium- and short-term open access, standards of performance of transmission licen­sees, etc. A number of SERCs followed suit. In addition, the SERCs made the distribution code or the supply code for distribution licen­sees, in accordance with the Electricity Act, 2003.

The various organisations responsible for governance of the power sector worked shoulder to shoulder to take the sector forward, aided by the implementing agencies in the field. The generating unit capacity was stepped up from 210 MW to 500 MW, and subcritical units to supercritical units (with higher temperature and higher steam pressure) with capacities of 660 MW and 800 MW. The operating voltage of the extra high voltage grid increased from 220 kV to 400 kV to 765 kV, resulting in more power being carried by the transmission lines with lower losses. We are now inching towards 1,200 kV, which will be the highest alternating current (AC) voltage in the world. We also went from 500 kV high voltage direct current (HVDC) to 800 kV HVDC, which was, at the time of commissioning in 2015, again among the highest voltages in the world. At that time, Russia, China and India were the only countries that were operating at or above the 800 kV HVDC level. 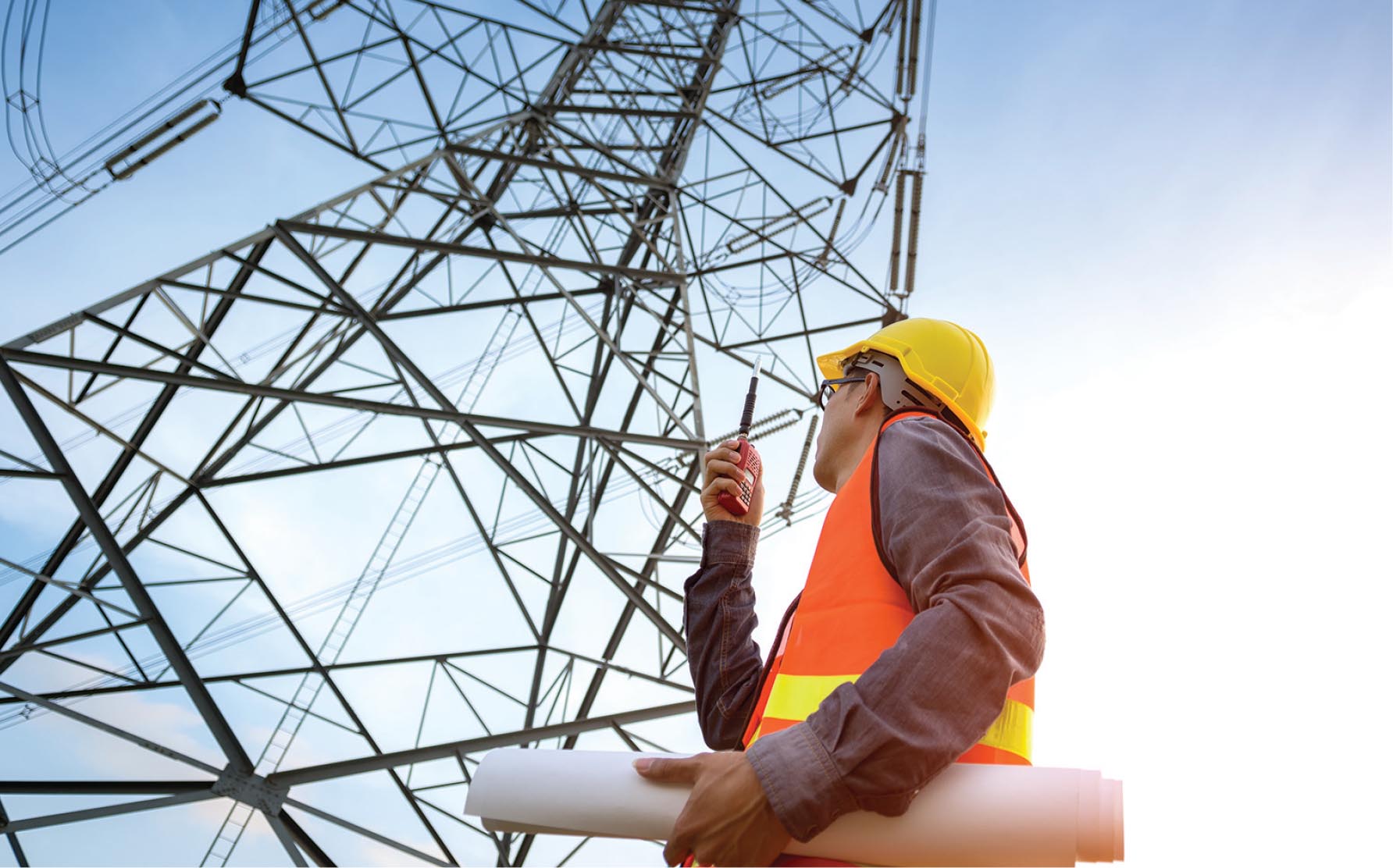 In grid operation, we are now becoming as reliable as any other country in the world. In 2012, we had a major grid dis­tur­bance after over 10 years, from an average frequency of one per year before the year 2000. Our procedures and pro­cesses have become streamlined. Discussions and debates among experts have led to progressive thinking. We have in­troduced smart grids in our country. We already have over 1,000 phasor measurement units to enable system operators anticipate angular instability before it actually takes place. We have the most modern equipment in generation and transmission. From laggards, we are becoming leaders.

The present forward-looking government not only looks at advancement in the power system, but also looks at the environmental aspects, which have global ramifications, and understands its joint responsibility along with other nations in mitigating climate change effects. The Government of India ramped up the solar generating capacity in 2014 to five times its earlier target, from 20,000 MW by 2022 to 100,000 MW. The government has set a target of 175,000 MW of renewable energy by 2022 and 450,000 MW by 2030, winning the admiration of the entire world. However, not only does the government set targets, it also follows up to see that these are implemented. Electric vehicles (EVs) are another focus area of the government. It has launched various schemes to increase the proliferation of EVs in India. As a result of this, various companies are setting up manufacturing capacity for EVs, starting with electric two-wheelers. Tesla has also expressed interest in setting up manufacturing capacity in India. This would not only reduce pollution from fossil fuel-based vehicles, but also reduce the import bill for oil, which we import to the extent of 80 per cent of our requirement.

Some people point out that renewable energy capacity takes more energy to produce than the energy it produces over its lifetime. That is not true. An exercise conducted by us shows that a 500 MW solar power plant, along with a 1,500 MWh battery, replicating a 200 MW coal-based power plant, produces one-fifteenth of the carbon emissions. Also, some persons point out that solar and wind energy, being intermittent, wou­ld ultimately come out costlier than a coal-based power plant. This is again incorrect. The balancing cost for renewable penetration of 30 per cent (in energy terms), as calculated for Gu­ja­rat and Tamil Nadu, comes to Re 1 per unit, as given in the CEA modelling study. This is already visible in the round-the-clock power bids called by the Ministry of New and Renewable Energy, Government of India, for renewable energy plus storage about two years back. The winning bidder, Greenko, bid a levellised tariff of Rs 4.04 per unit for 25 years, which is cheaper than the levellised tariff of any new coal power plant (even located at the coal pithead).

I feel that the government is going in the right direction, as far as the policies of the power sector are concerned. The only laggard in the power sector in India is the power distribution sector, which comes under the states. This sector is the last part of the jigsaw puzzle that needs to be solved for a radical change in the sector. Amendments to the Electricity Act, 2003 have been proposed, which constitute bold reforms. These, in a nutshell, are the replacement of cross-subsidy with direct subsidy; introduction of information and communication technology in the distribution sector, that is, introduction of smart grids; and, of course, proper governance of the sector. The state governments can ensure proper governance through incentives and penalties on the performance of employees, or linkage of pay to performance, which is the hallmark of private enterprise, or through privatisation itself.

These reforms are the toughest to implement, since electricity is a concurrent subject, and both the central and state governments have the power to make laws. If this last hurdle is overcome, we will no doubt see a boom in the power sector, leading to real competition, a substantial pickup in electricity demand and a booming industry that is export competitive. It will also give a fillip to the Atmanirbhar Bharat initiative.

The Journey So Far: Timeline of events over the past 25 years

The power sector’s journey over the past 25 years has been marked by several key events. From the passage of the path-breaking Electricity Act in 2003 to the floating of the draft Electricity Amendment Bill, […]