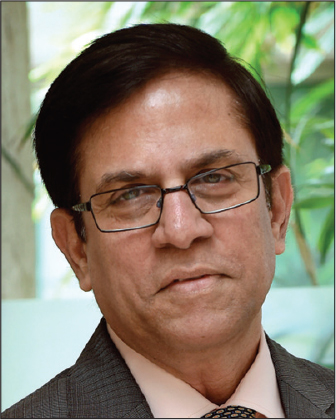 The past one decade clearly belon­gs to renewable energy. The first 100 GW of fossil fuel capacity addition took more than 60 years, whe­reas renewable energy raced to 100 GW in less than 15 years (especially the last 50 GW added over five ye­ars). Over the past few years, re­ne­­wable energy capacity addition had been consistently more than fossil fuel capacity addition. The scale of capacity addition combined with competitive bidding as well as the reduction of input costs has resulted in tariffs co­ming down from over Rs 17 per unit (solar) in 2012 to Rs 2 per unit, like in telecommunications. Even in wind power, which has been in existence for a relatively long period, turbine size and efficiency have improved significantly, thereby making tariffs very competitive.

While the point of reaching parity with coal-based power tariff continues to be debatable (the pithead coal-based power cost is any day cheaper, in addition to the advantage of despatchability, although one can argue about the environmental cost), renewable energy is going to be the mainstay in the future. The­refore, it is necessary and urgent (unlike other sectors, the power sector has a very long gestation period for any actions to fructify) to understand and address the implications of a re­ne­wable energy-dominated power sector.

Currently, at 100 GW, the share of renewable energy is around 25 per cent in terms of capacity, but in energy generation, its share hovers at 10-15 per cent (owing to lower plant load factors). Therefore, most of the energy demand is currently being met from fossil fuel or despatchable generation capacity, which can generate power based on demand.

The demand on the other hand is highly variable (time of day – morning and evening peak – as well as seasonal). The supply predominantly being from fossil fuel generation can follow and meet the demand curve (except for extraneous reasons such as fuel shortage). It is a very comfortable situation to be in. In this scenario, the long-term macro planning of generation capacity is relatively simpler. Most importantly, such a situation does not pose a big challenge to grid operation.

Come the year 2030, let us visualise the emerging scenario. With 450 GW of renewable energy capacity (as per current targets), the renewable energy share in the installed capacity would be more than 50 per cent. Further, the share of renewable energy in energy terms will go up to 45 per cent (as the entire new capacity addition would mostly be renewables based). Now, on one side, the demand continues to be variable and on the other side, the significant portion of generation (from solar and wind) also varies as per the time of day as well as seasons. For example, solar generates more than 90 per cent of energy from 8 a.m. to 5 p.m., and during this period only 40 per cent of energy demand is witnessed. Therefore, solar does not contribute to meeting the balance 60 per cent of demand, which is witnessed between 5 p.m. and 8 a.m., whereas wind generates mostly during this period (these demand numbers are on an annual basis for the pre-Covid year of 2019). The entire solar capacity (which is targeted to be 280 GW by 2030) suddenly moves out of the grid at sunset, posing a serious threat to grid stability.

Therefore, unless we plan and act from now, it would become extremely difficult to manage the situation, where both supply and demand are variable, unrelated to each other. It could lead to potential power cuts such as in some states of the US (Cali­fornia, Texas, etc.) and a few other developed countries are facing due to premature mouth-balling of fossil fuel generation without creating adequate storage capacity alongside renewables’ ca­pa­city expansion.

In order to transit smoothly into the future (dominated by renewable energy capacity), we need to plan and initiate steps on both the supply side as well as demand side, starting now, to address variability on both sides. Some steps are being initiated and acted upon, but not with the required seriousness.

Currently, at the retail level, there is no linkage between the price of power and the time of demand. One can draw and uti­li­se power at any time of the day (or season) without any im­pact on the price, which remains constant. Whether one consumes power at 2 a.m. on a rainy holiday, when the overall demand is at the lowest level, or at 8 p.m. on a hot summer day, when the demand is expected to peak, the price of power re­mains the same. Probably, the power sector is one of those rare sectors where demand has no impact on pricing at the retail level (it is like the price of air tickets remaining the same between Mumbai and Delhi, whether one travels at 2 a.m. or 7 a.m.). This significantly increases the demand variability – the gap between peak and off-peak demand continues to diverge.

To some extent, it was fine until now because most of the dema­nd was being met through despatchable fossil fuel power capacity only (where generation can be varied to follow the demand). But with renewable energy generation, it is not feasible as the energy can be generated only at specific times and cannot be varied at will. Therefore, we will have a situation where demand and generation will vary unrelated to each other, leading to an uncontrollable situation. Hence, it is ab­solutely essential to initiate actions to match the supply and demand curves.

One of the ways to have some control and shift demand as per supply is to move to a regime of time-of-day tariff at the retail level. If our dominant generation source would be renewable energy, it is essential to make efforts to move demand as per the generation profile. With new domestic gadgets, it is feasible to time the usage and shift part of the demand. It is also feasible to shift the industrial load other than that of the process industry. Similar possibilities exist in many other areas of demand such as agriculture. It is not an easy solution to implement especially when electricity is treated as a socio-political subject, but we have no choice but to act.

On the supply side, we need much stronger interventions. First and foremost, the entire macro planning system by the Central Electricity Authority (CEA), based on the electric power survey, has to undergo a major shift. Till now, it has been relatively easier as the capacity addition planned (based on fossil fuel) wo­u­­­ld be available 8,760 hours of the year as per demand. There was no element of supply being variable. The only issues to be addressed were meeting the peak demand and having an adequate spinning reserve. However, with renewable energy, it is not the case as the energy generation varies based on the time of the day as well as the season of the year. While we work on shifting the demand curve, the CEA needs to come up with the most optimal generation capacity addition plan, which takes care of variability on both the supply and demand side and at the same time offers the least cost option. As we have seen above, it cannot be met with one source domination. It has to have an optimal mix of solar and wind and most importantly storage options. A clear vision is required to integrate solar and wind at the project level as well as at the grid level.

Unplanned stand-alone rapid solar capacity addition could become a potential threat to meeting the variable demand as well as grid stability. The third component, storage, needs greater attention than what is being currently given. This will be the key factor for future stability. There is a need for detailed planning (like we do for generation capacity) for different types of storage – battery systems, pumped hydro, open-cycle gas turbines, hydrogen, coupling with e-mobility, etc. With bo­th supply and demand being variable, it would require much more complex planning than currently being undertaken. It would be an iteration process between proactive demand shifting to match generation and supply planning to meet the variable demand. Another important factor to keep in mind is the unexpected weather vagaries, which can significantly jeopardise renewable energy generation on a large scale. The UK just experienced this due to extremely low wind speeds. Even in India, we faced this situation last year when we had the lowest wind generation. With climate change being a constant phenomenon, we cannot ignore planning for such an eventuality. Therefore, to meet such challenges, it is necessary for us to continue to plan for fossil fuel (albeit to a smaller extent) and other des­pat­chable capacities. Like spinning reserve, etc., we have to get used to creating a weather reserve. While it is good to talk ab­out the carbon footprint, we cannot afford power shortages in the new economy.

In conclusion, it can be reiterated that while we are on the ri­ght track of adding renewable energy capacity, we need to urgently initiate actions to address the emerging scenario of supply and demand variability. The power sector needs a long-term plan and initiation of early action. 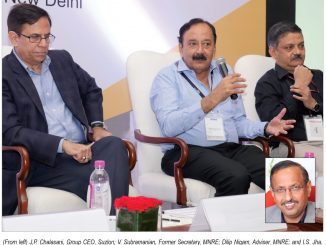 October 2, 2017
Whether progress towards the 175 GW renewable energy target is on track or not has been the [...]
More 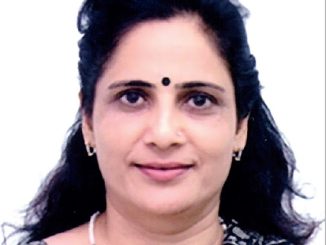 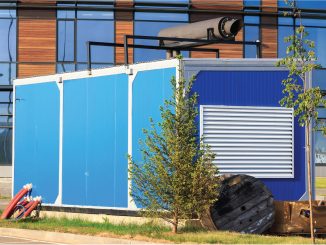 January 10, 2018
Despite the declining power deficit, the demand for diesel generator (DG) sets and engines is expected to [...]
More