South Asia is one of the fastest growing regions in the world, and energy plays a significant role in its socio-economic development. Ensuring access to and availability of energy, especially in the form of electricity, is cen­­tral to sustaining the region’s expan­ding eco­nomies and its people’s aspirations. South Asia has both resource and dema­nd diversity, which presents an immense potential for regional cooperation. Seve­ral studies have established the benefits of cross-bo­r­­der power trade in­cluding optimised in­vestment cost and reduced carbon emissions, making it a win-win for all regional partners. As its econo­mies recover from Covid-19, South Asia will play a vital role in building a more sustainable future with grea­ter access to affordable, reliable and cle­an energy. At a recent webinar on “Cross-Border Energy Trade and Energy Security for South Asia” organised by USAID’s South Asia Regional Initiative for Energy Integration (SARI/EI) progra­mme, currently being implemented by Integrated Research and Acti­on for Development, and Power Line, Dr Md. Moniruzzaman, deputy sec­retary, Energy and Mineral Resources Division, Ministry of Power, Energy and Mineral Resources, Govern­ment of Ban­g­ladesh; Karma P Do­r­ji, director, Depart­ment of Hydro Power and Power Sys­te­ms, Minis­try of Econo­mic Affairs, Bhu­tan; Ram Vinay Shahi, sec­retary to the Govern­ment of India in the Mi­nistry of Power (2002 to 2007), India; Madhu Prasad Bhetuwal, joint secretary, Minis­try of Energy, Water Resour­c­es and Irr­igation, Nepal; and Dr M.N.S. Perera, ad­ditional secretary (policy, technical and research), Ministry of Power, Sri La­n­ka, discussed the benefits and potential of cross-border electricity trade (CBET), its issues and challenges, and the next ste­ps. Excerpts from the discussion…

The South Asian region currently trades around 3,800 MW of power. However, this is just a fraction of the vast potential that the region has to offer. As per a SARI/EI study, the cross-border power trade in South Asia could reach up to 60,000 MW through 2045. The countries in the region are recognising the benefits of power trade and taking positive steps to foster it. For instance, in 2018, the Gov­ernment of India issued guidelines on CBET, which allowed trilateral trade. More recently, the Central Electricity Au­thority of India notified the procedures for approval of cross border electricity trade, including for neighbouring countries to participate in power exchanges. The Govern­me­nt of Bangla­desh is also investing in hydro­power development projects in Nepal and Bhutan to further diversify en­ergy re­sources. To this end, the Bangla­desh Po­wer Development Bo­ard has en­ter­ed into an agreement with a private power producer in Nepal to import hydropower.

In April 2021, Nepal joined the energy exchange market in India. As of July 2021, the CBET with Nepal under the day-ahead market at the power ex-chan­ges stood at 72 MUs, recording nearly a 78 per cent increase month-over-month. Further, discussions are underway to include Bangladesh and Bhutan. This will be a significant step towards the de­ve­lopment of regional markets in South Asia. This clearly indicates India’s willingness to provide an enabling environment for CBET at a regional level. The only issue now is ope­rationalising it at a regional power trade level. All these developments are expected to accelerate CBET, which will enhan­ce economic de­velopment and lower the carbon footprint of the region. But it is important to leverage this with necessary infrastructures, progressive policies and enabling regulatory frameworks.

From the climate change point of view, mutual cooperation on a regi­onal basis, and it can help replace fossil fuels in the energy mix. Out of India’s total ins­talled capacity of over 383 GW, about 200 GW is coal. With the emergence of solar and greater hydro support from Bh­u­tan and Nepal, the energy mix of the In­dian power sector can see a big difference.

Benefits and the potential for CBET

Each country in the South Asian region is making an effort to meet domestic energy demand and foster economic de­­ve­lopment. There is a compelling rationale and political will among the countries to pursue a shared vision in fostering mutually beneficial solutions throu­gh greater integration and innovative power trading mechanisms. Elec­tricity trading through a common power pool will not only help the region in making the cost of supply competitive, but also address the larger concerns of climate change by accelerating the ad­op­tion of clean and sustainable energy resources. An interconnected, integra­ted grid will pave the way for an open, efficient, rule-based transparent energy market. CBET will also enhance the en­ergy security of the region, besides im­proving bilateral relationships and im­proving the accessibility, reliability and affordability of electricity supply arising out of economies of scale.

The CBET between India and Bhutan has been going seamlessly for many decades and is expected to expand further, with more projects currently in advanced stage of completion.”Karma P Dorji, director, Department of Hydro Power and Power Systems, Ministry of Economic Affairs, Bhutan

There are areas in which regional cooperation is imperative, especially if one looks at the complementarities. For ins­tance, the abundant hydropower reso­ur­­ces in Bhutan and Nepal can help in meeting the peak summer demand and enhancing the regional grid stability by providing balancing power. This will help to manage the energy resour­ces in an optimal manner and enhance grid security. Bhutan’s current generation capacity has reached over 2.3 GW. Cu­rren­tly, the India-Bhutan re­la­tionship in hy­dropower is a success story, representing a mutually beneficial cooperation in the South Asian region. The CBET between India and Bhutan has been going seamlessly for many de­ca­des and is expected to ex­pand further, with more projects currently in advan­ced stages of completion.

With the emergence of solar and greater hydro support from Bhutan and Nepal, the energy mix of the
Indian po wer sector can see a big difference.” Ram Vinay Shahi, Former Secretary to the Government of India in the Ministry of Power (2002 to 2007), India

While significant progress has been made, the major concern in CBET is the limited cross-border electricity trading infrastructure. For instance, India and Bhutan have synchronous transmission integration. A capacity in excess of 5,000 MW has already been built and made operational, but there are constraints in fully utilising this infrastructure and making the investment bankable. More­over, if Bhutan or Nepal want to export surplus electricity directly to Bangla­de­sh, then they would need transit rights from India, which would require changing certain rules.

Besides this, a strong political consensus is required to formulate conducive legal frameworks to enhance CBET. There is also a need to harmonise the grid codes so that reliable power can be traded ac­ross the region. Further, countries can look at signing long-term power purchase agreements to further increase CBET. Institutional and technical capacity should also be enhanced in the re­gion. There is a need to step up investments for construction of cross-border transmission lines. The governments in the region should be motivated to revise their energy mix and energy action policies for promoting CBET.

While significant progress has been made, the major concern in CBET is the limited cross-border electricity trading infrastructure.” Madhu Prasad Bhetuwal, Joint Secretary, Ministry of Energy, Water Resources and Irrigation, Nepal

The other major issue that needs to be addressed is the establishment of operational and maintenance protocols, whi­ch the countries can follow in case of a grid failure or lack of grid synchronisation.

When it comes to CBET, Sri Lanka is an outlier as it does not have transmission interconnections with any country. Having cross-border connections has been a difficult task for the island na­ti­on. Although discussions have been on­going with India for quite some time re­garding setting up a high-voltage direct current link between Sri Lanka and India, plans are still in the initial stages. As most of Sri Lanka’s energy generation comes from thermal, which has a high cost of generation, power trade with ot­h­er countries will be able to give it acc­ess to cheaper power. Earlier, an interconnection bet­ween India and Sri Lanka was envisaged through an undersea cable connection, but it entailed a significantly high investment. Now, the Power Grid Corporation of India Limi­ted has come up with the idea of overhead transmission, which may be more affordable. Once interconnections are established, they would im­mensely be­nefit both India and Sri Lanka. How­ever, till then, difficulties in construction and civil engineering wor­ks, technology of connectivity, and cost of connectivity remain.

As most of Sri Lanka’s energy generation comes from thermal, which is quite expensive, having an interchange with other systems will bring in cheaper power that is being generated elsewhere.” Dr M.N.S. Perera, Additional Secretary (policy, technical and research), Ministry of Power, Sri Lanka

There are also concerns among countries on developing power projects for export purposes. However, a case study on the India-Bhutan relationship indicates how such projects can be mutually beneficial. The South Asian countries should recognise that it is not too much of dependence; rather, it is a respectful mutual interdependence that can be harnessed. Given how natural resources are located in different parts of the re­gion, this mutual interdependence will become inevitable. 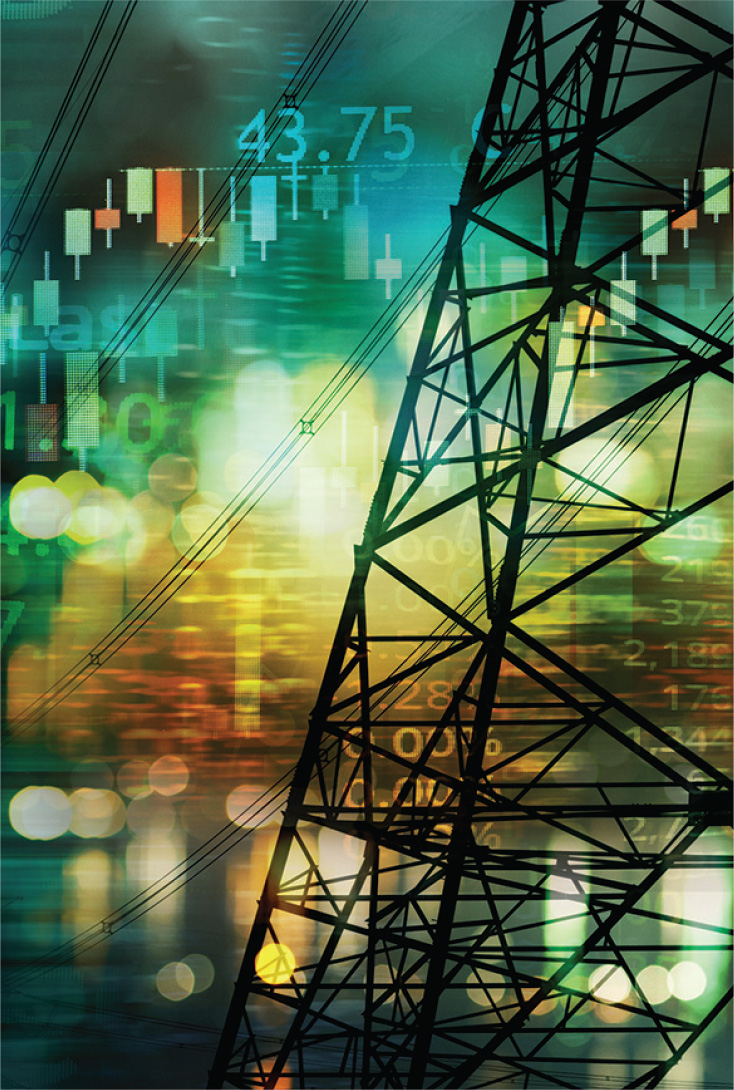 Besides bilateral cooperation between the governments, discussions and cooperation between countries at different levels are also important. For instance, round tables of the power secretaries of these countries can be an informal setting to discuss and provide some impetus to CBET by resolving the issues faced by the countries. Various forums, such as forum of electricity regulators, forum of transmission utilities, forum of system operators and energy market forums, are building blocks for solving the technical, policy, and regulatory ch­a­llenges. The governments will have to play a bigger role in terms of harmonising, synthesising and creating a seamless regio­nal power market.

Although the countries are moving in the right direction, the bilateral trading me­chanism needs to be enlarged to trilateral, and gradually to the regional level. There is a need to create regional institutions that can help in regional planning of transmission line projects. Further, there is a need to harmonise the rules for power trading. An independent institution that could enable and regulate tra­nsparent power trading in the region would be essential, going forward.

There is an immense potential of almost 48,000 MW to be utilised in the next 10-20 years. About 14,000 MW of interconnections have been identified for harnessing over the next five years. This can only be harnessed if the level of confidence and mutual cooperation continuously improves. The benefits, both economic and non-economic, will be enormous, going ahead. Net-net regional co­operation is the answer to achieving regional energy security and combating climate change in a collective manner.