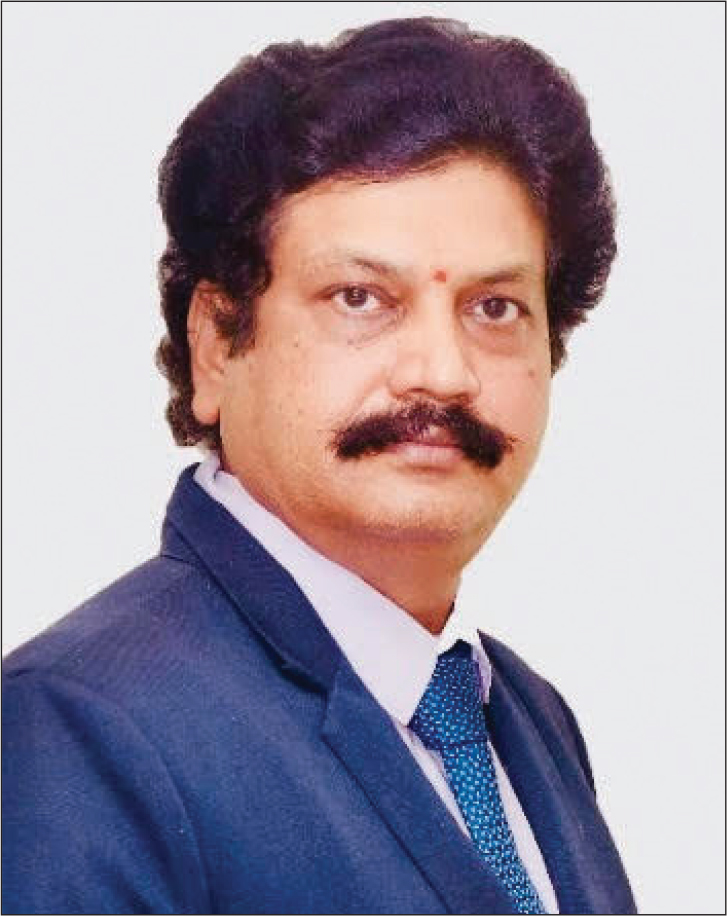 Gujarat, an early mover in the Indian renewable energy space, is known for its planned approach to sector development and effective implementation. It has a favourable regulatory framework in place for the deployment of wind, solar, mini-hydel, biomass and wind-solar hybrid capacities. In a significant move recently, the state announced the Gujarat Solar Power Policy, 2021, which lays down incentives for residential, commercial and industrial solar developers; and the Gujarat Electric Vehicle (EV) Policy, 2021 to improve the quality of the environment by reducing the air pollution. In an interview with Power Line, M. Prasanna Kumar, managing director, Gujarat State Electricity Corporation Limited (GSECL), spoke about the progress of the power sector in the state, the impact of Covid-19, and the challenges and outlook for the sector. Excerpts…

What has been the progress in the power sector in the past one year?

The energy landscape in India is evolving like never before. Today, energy is crucial for achieving India’s development ambitions – supporting an expanding econ­omy, bringing electricity to rural areas, meeting the demand for greater mobility and facilitating infrastructure creation in the country. The integration of renewable energy into the energy mix is a crucial requirement for meeting the rapidly growing energy demands in an environmentally friendly manner. The renewable energy sector is at the forefront of growth in terms of capa­city addition. India targets to add 175 GW of re­ne­wable energy capacity by 2022 and 275 GW by 2027. Due to its geographical location, Guja­rat has an enormous renewable energy po­tential, particularly in wind, solar and tidal energy.

Driven by a favourable policy framework, Gujarat’s renewable energy sector has shown remarkable growth, increasing by almost 6 GW in the past decade and taking the total share of renewables in the state’s installed capacity to 27 per cent. The state’s vision is to have 40 per cent capacity from renewable sources by the year 2030. The state aims to add 1,000 MW of wind power and 2,000 MW of solar power every year through competitive bidding.

To increase the renewable energy contribution in the energy mix, the central government and the state government have issued many policy guidelines to increase electricity generation from solar, wind, small-hydro and biomass so­urces. These policies highlight the sta­te’s vision in energy project development, incentives for promotion and me­a­sures for facilitation.

The Gujarat solar power policy in 2009 laid significant emphasis on utilising the government’s lands for grid-connected solar projects. Gujarat’s wind-solar hy­brid power policy in 2018 helped utilise the potential of the two resources, the po­licy provider’s land, incentives and wai­vers for cross-subsidy surcharge. In December 2020, the Gujarat Solar Po­wer Policy, 2021 was released by the state government, which will be operative for five years, up to December 31, 2025. The policy is expected to be a ga­me changer, most notably for removing the capacity ceiling for setting up a solar project. This would provide more flexibility in capacity sizing and opportunity to invest in behind-the-meter storage options. This is a welcome initiative and can perhaps encourage other states in removing their capacity ceilings for solar power projects. Further, the state has launched specific schemes to promote the uptake of roof­top solar among residential consumers. The Gujarat Solar Policy, 2021 and the Surya Urja Rooftop Yojana – Gujarat (SURYA – Gujarat) offer financial and technical assistance to residential users of rooftop systems, as they do not require additional land allocation and the energy generated is consumed at source, proving to be a superior alternative to transition towards a clean energy future.

Due to these policy implementations and initiatives, Gujarat is now one of the pioneer states in India that generates a significant am­ount of energy from re­ne­wable energy sources. There are enor­mo­us opportunities still available throu­ghout the state, which have not yet been fully explored.

What has been the impact of the key initiatives taken by the government?

The state’s installed capacity as of August 31, 2021 stood at 32,191 MW. The total share of renewable energy is 34.15 per cent, with 6,500 MW wind and 4,492 MW solar (excluding rooftop solar projects). Notably, the rooftop solar scheme has re­ceived a tremendous response from hou­seholds across the state. Guja­rat tops the list of rooftop capacity (1,355 MW), followed by Maharashtra and Rajasthan.

The conducive renewable energy policies have also facilitated the developme­nt of large solar parks after the success of Charanka. The Raghanesda Solar Park is under development. The state has also witnessed the development of the world’s largest hybrid renewable energy park with 30 GW of capacity at Khavda (Kutch). Further, the state has taken up innovative initiatives for the installation of solar PV projects on government wa­s­teland near transmission substatio­ns across the state. Under the sc­heme, 2,500 MW of solar PV capacity is plan­ned to supply cheaper daytime power to the farmers of the state.

What has been the impact of Covid-19 on the power sector?

Covid-19 has caused a substantial drop in electricity consumption and peak power demand in all the regions of India, due to the shutdown of commercial and industrial (C&I) establishments. The regions that witnessed the max­imum drop in power demand were the western region (36 per cent) and the northern region (31 per cent). The power demand in the state dropped by 47 per cent to 8,962 MW on March 27, 2020 (post-lockdown), from 16,816 MW on March 21, 2020 (before lockdown). The energy supplied in the state also drop­ped by 47 per cent to 192 MUs on March 27, 2020 from 365 MUs on March 19, 2020. However, the power plants of GSECL remained fully available and ca­tered to grid demand. The maintenance planning of many units was changed in view of the lower schedule of generation during the lockdown period.

The Covid-19 outbreak led to a nationwide lockdown during April-May 2020, with partial relaxations implemented from June 2020. The discoms’ financial stress was aggravated due to the fall in power demand from the C&I segment and waiver of fixed charges by many discoms for the industrial segment. Furth­er, the temporary termination of meter reading and physical bill supplies resulted in payment collection issues.

The renewable energy sector experienced supply chain disruptions as a result of the pandemic. In early 2020, ma­ny solar PV developers in Asia and other parts of the world experienced protracted delays in importing solar PV modules and other supplies. The manufacturing of components in India was also disrupted, resulting in delays. That said, the sector did see an uptick in digital initiatives and adoption of modern technologies during Covid-19.

What are the sector’s key challenges that remain unaddressed?

On the generation front, a major challenge is the lack of assured fuel supply for achieving economical generation costs. Thermal power constitutes a significant proportion of GSECL’s installed capacity. However, the state does not have any coal deposits. Further, the lan­d­ed price of coal after freight and taxes is almost two and a half times higher than pithead coal prices. Due to the varying/ erratic nature of renewable energy generation, coal-based plants are used for balancing the power for grid integration. The frequent load following and start/ stop has an adverse impact on the reliability and efficiency of coal-based plants designed for baseload operation. A robust integrated mechanism needs to be developed with the re­quired flexibility and minimum impact on overall reliability and efficiency of baseload plants.

The regional and, eventually, countrywide integration of the power system is crucial to managing the growing share of renewable energy. Greater integration and coordination are the key objectives for the roll-out of renewable ma­na­­ge­me­nt centres and green energy corridors ac­ross renewables-rich states to facilitate the transmission of solar and wind to high-demand centres. Be­sides, the business model for utility-scale battery storage in India remains uncertain in the ab­se­­nce of efficient price signals, which wo­uld enable batteries to arbitrage bet­we­en periods of scarce and abundant supply.

“Due to policy implementations and initiatives, Gujarat is now one of the pioneer states in India that
generates a significant amount of energy from renewable energy sources.”

What is the sector outlook for the next one to two years?

Gujarat’s power demand is increasing at the rate of 6-7 per cent. Hence, huge investments are being made in the generation, transmission and distribution segments. The key lies in improving efficiency so that consumers do not have to pay anything extra for the investments proposed in the short, medium or long term. The state has been proactive in adopting grid modernisation technologies, which can provide solutions for system-level challenges, such as transient stability and network congestion, for reliable and secure grid operations. Further, measu­res such as asset mapping for real-time data integration, predictive maintenan­ce, replacement of obsolete technology, adoption of advanced technologies like digital substations, gas-insulated swit­ch­gear and hybrid switchgear, substation automation and dynamic line rating are being implemented.

Net, net, while Gujarat’s power sector has witnessed a remarkable growth over the past several years, the various initiatives and schemes currently under way are ex­pected to significantly improve the operational efficiency and ensure reliable and quality power supply to all consumers.

Interview with Anil Sardana  : “The sector has taken formidable shape”

Getting Real with Hydrogen: By Gurdeep Singh, Chairman and Managing Director, NTPC Limited

Hydrogen has seen several previous waves of interest in history, mostly driven by high oil prices and a focus on a single end-use sector – transport. […]

Interview with Dr Praveer Sinha: “Privatisation will bring in competition”

A key change that is under way in the power sector is a shift towards sustainable en­ergy usage, says Dr Praveer Sinha, chief executive officer (CEO) and managing director (MD), Tata Power. […]