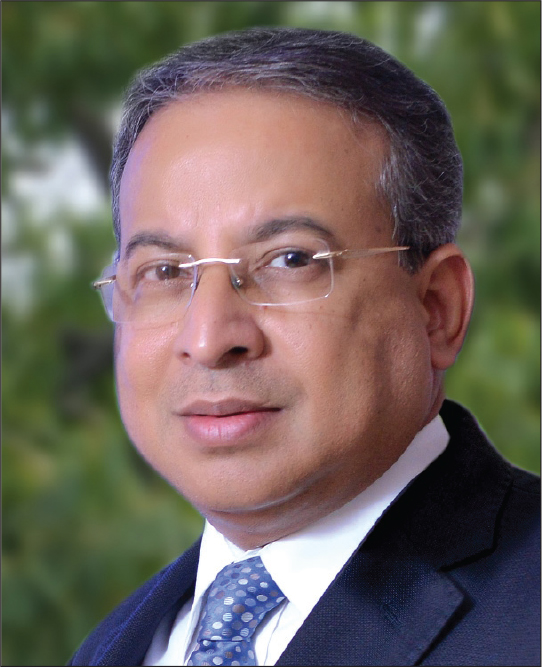 A key change that is under way in the power sector is a shift towards sustainable en­ergy usage, says Dr Praveer Sinha, chief executive officer (CEO) and managing director (MD), Tata Power. Solar and wind have already achieved grid parity, and the next two decades are expected to witness a massive growth in solar power generation. Excerpts from a recent interview with Power Line…

What, according to you, have been the key achievements in the power sector over the past 25 years?

India has seen a huge transformation in the power sector over the past two decades, and has especially witnessed a major turnaround in the recent past. The reforms initiated in the beginning of this century have positively impacted power consumers, and the Electricity Act, 2003 was a breakthrough in this journey.

Unlike in the late 1990s, power is now accessible in most parts of the country. More importantly, with the improving quality of power supply, people’s reliance on power has increased multifold. We have seen an exponential jump in generation capacities and a strengthening of the transmission infrastructure, which has helped pool power from different parts of the country to offer affordability and choice to consumers with respect to power supply. If we look at the recent past, the share of renewable energy in the country’s overall power scenario has been steadily increasing.

The Government of India has laid out an ambitious plan to provide secure, affordable and sustainable energy to all its citizens. Its target of achieving 175 GW of renewable energy capacity by 2022 has given an impetus to energy transition. Another feat recently undertaken by the government was the setting up of one of the largest expansions in electricity access in its history, providing last-mile connectivity to approximately 26 million households. By 2030, India will possibly have 23 million electric four-wheel vehicles and 300 million electric two- and three-wheelers on the road. So, the electrification of transportation is imminent. Also, India is targeting about 450 GW of installed renewable energy capacity by 2030 and a lion’s share of it – 280 GW or over 60 per cent – will come from solar, followed by wind.

Power sector reforms, privatisation of generation and then transmission and distribution, the concept of off-grid power, rooftop solar and indigenous manufacturing are some of the big bold steps that have changed the face of the power industry in India over the past 25 years. The boost to renewable energy is, of course, the biggest chan­ge that the power sector has seen in India in the past decade. There is a strong desire at the government level to slowly move away from the dependence on fossil fuels. Apart from these, technological interventions for smart cities through smart grids, smart meters, adoption of battery storage systems, electric mobility, demand res­pon­se, etc. will shape the new ecosystem.

“With delicensing coming in, there may be a case for selective privatisation of discoms.”

What will be the biggest changes in the power sector in the next 25 years?

Without a second thought, the key change that is already under way is the shift towards sustainable energy usage, even as we manage a burgeoning power demand. Demand in India has doubled since 2000, but this demand has largely been met by fossil fuels. As we speak, solar and wind have already achieved grid parity, and the next two decades will further witness an explosive growth of solar power generation. By 2040, the share of coal-based power generation is expected to dec­rea­se to about a third of the total energy nee­ds. This will mean a big transition – not just of energy sources but also of mi­nd­sets. Policies and financing for energy will also need to undergo a shift to facilitate this growth. As a result, there will be new vehicles, structures and mo­dels, which will evolve for capital flows that will be regulated differently.

Another key change on the anvil is the delicensing of electricity distribution. This can revolutionise customer ex­pe­rience, boost efficiencies in the system and also improve the financial health of the sector.

What, in your view, will be the biggest challenges for the power sector over the next 25 years?

For many years now, the viability of the power sector and the business models of both generating and distributing companies have been in question. The biggest challenge for the sector is to restore its financial health, mainly with respect to the discoms. Meeting sustainability goals to mitigate climate change will continue to be a challenge for decades to come. As we near our goals, the targets will shift, become steeper, and we will strive to be­come better with every passing day. En­suring the quality of power supply across the grid and even in rural and far-flung areas will be another challenge. This can be solved with a lot of help from technology-based solutions such as off-grid power, rooftop solar generation and battery systems, while also maintaining the stability of the grid.

What are the steps needed to improve the fi­nan­cial performance of discoms? Do you think privatisation is the way forward for reforming the segment?

The process of privatisation of electricity distribution had started some time back, but the progress has been slow. The success demonstrated by Tata Power-DDL in turning a bleeding discom into a flourishing one – one of today’s most ad­vanced and high-performing discoms in terms of efficiency – has given policymakers a push. Also, the recent takeover of the entire distribution assets of the Odisha discoms and their already impro­ving performance should give the confidence necessary to delicense electricity dis­tribution. This privatisation will only bring in competition as there will be pre­ssure on state-owned utilities to improve their operations, especially with respect to parameters such as transmission and distribution losses, and to invest in technology for smart solutions that will eventually lead to better consumer services and competitive tariffs.

With delicensing coming in, there may be a case for selective privatisation of dis­coms. However, in India, there is spa­ce for all kinds of models, and state government-owned utilities can also thrive alongside private players if they focus on efficiency. We must remember that private participation is a process that eases the flow of capital into the sector and, therefore, it must be facilitated wherever there is need for investments.

Currently, private utilities are serving a mere 10 per cent of consumers across li­censees and franchisees, mostly limited to urban centres. While the concept of pri­vate utilities has worked in urban centres, the real challenge is to turn around rural centres. The real acumen and efficiency of a licensee can be gauged by its performance in the less developed parts of the country. So, efficiency should be incentivised, and greater competition should lead to consumers getting access to power at a reasonable tariff.

“By 2040, the share of coal-based power generation is expected to decrease to about a third of the total energy needs. This will mean a big transition – not just of energy sources but also of mindsets.”

What will be the three most promising technologies in the next 25 years?

The importance of data, analytics and digital technologies has been critical to how industries managed their businesses during the pandemic. Smart digital technologies and artificial intelligence-based systems for managing the grid and dema­nd are becoming crucial. Along with en­er­gy storage technologies, battery recyc­l­ing and charging technologies will beco­me crucial for future growth. New technologies in renewables and energy storage will also come up. Green hydrogen and the potential of hydrogen as a fuel are also being developed.

Should coal-fired power be phased out over the next 25 years?

We must remember here that coal is the most carbon-intensive fossil fuel, and to achieve the Paris Agreement goals, to li­mit global warming to 1.5 degrees °Celsi­us, it is extremely important to decarbonise. At the same time, we have a situation at hand – as India’s economy gro­ws, we are expected to contribute 20 per cent of the world’s urban growth by 2050, which clearly means double the en­ergy demand and triple the electricity demand. With the abundance of natural resources that India possesses and the available do­mes­­tic coal reserves, a balanced transition will have to be planned in line with our global commitments to mitigate climate change.

Tata Power is one of India’s largest integrated private power players, and it has committed to carbon neutrality by 2050. The company has effortlessly forged ahead in its energy transition towards a sustainable future by setting new ESG goals, making new zero-coal-based in­vest­ments, and retiring existing coal-ba­s­ed capacity upon end of life. It al­re­ady possesses a 32 per cent green energy portfolio.

Pollution Check: Use of gold coal could significantly reduce emission levels in Delhi

Capex Trends: State-wise expenditure in the distribution segment over the past five years

Utilities of the Future: Need for a paradigm change

A paradigm shift is being seen today in the energy and utility spa­ce, which has made it mandatory for utilities in the distribution segment to either step up to em­brace the change, or become obsolete and get substituted by a new player. […]