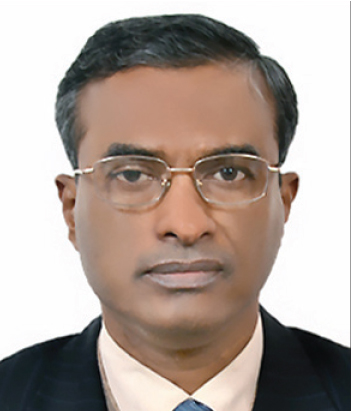 Swapan K. Bhowmick, Pre­sident, Tees­tavalley Power Transmission Limited, has over 40 years’ experience in the sector, with expertise in planning, engineering and project management of thermal and hydropower projects and their associated tra­nsmission systems. He has been involved in the design and engineering of electro-mechanical systems of hydro projects in the Himalayan region. He has also wor­k­ed in the areas of AC/DC substation and transmission lines, SCADA, telecommunications, regulatory affairs and real-time operation of the regional grid. He has wo­r­ked with NTPC, POWERGRID, KTA Te­naga, Saudi Electricity Company, Lay­me­her Inter­national and Energy Infratech.

In his current role, he is responsible for asset management of the 400 kV tra­n­smission lines that connect the large hy­d­ro generating complex in the eastern Hi­m­a­­layan region to the rest of the national grid. He spearheaded the setting up of the 400 kV quadruple moose lines passing th­ro­u­gh the difficult Himala­yan terrain at an altitude of 2,600 metres and with a basic im­pulse level of 1,825 kV, the fi­rst-of-its-kind in the country.

Bhowmick notes that tra­n­smission lines should be loaded near their thermal capacity instead of surge impedance loading to maximise loading on the existing lines, avoiding multiple li­n­es in the same corridor and minimising the land requirement. “Transmission planning in hilly areas requires special at­te­ntion due to the acute scarcity of land,” says Bhow­mick. “Many village ho­uses have to be dismantled during the cons­tr­u­ction of transmission lines on na­rrow land strips, which causes immense hardship to the locals. To tackle this, high-ca­pa­city conductors with narrow-based or monopole tow­e­rs should be install­ed in th­e­se areas.” Fur­ther, Bh­ow­mick feels that the cle­a­r­ance betw­een houses and high-voltage lines passing th­r­ough hilly areas, at an altit­u­de of more than 1,000 me­tres, needs to be reviewed. “Curr­e­n­tly, the clearance bet­ween houses and high-voltage transmission lines is equal in the plains and in hilly areas. This needs to be relooked at, given the lower dielect­r­ic strength of air at higher altitudes,” he says.

Bhowmick is an electrical engineer from NIT, Durgapur. He has been an athlete, swimmer and volleyball player. He draws inspiration from the Bhagwat Gita and as such, tries to fulfil his duties and responsibilities to the best of his ability, without emotion, attachment or expectation (anasakta karma), which gives him immense joy and inner happiness.