At the COP26 summit in Glasgow, India declared one of the most ambitious targets by a developing country to combat climate change. The goal: to achieve net zero carbon emissions by 2070, announced by Prime Minister Narendra Modi on November 1, 2021. Further, by 2030, the country aspires to augment non-fossil fuel electric capacity to 500 GW and meet 50 per cent of its energy requirements from renewables, cut carbon emissions by a billion tonnes (this is the first time a target to reduce emissions in absolute terms has been set), and lower emissions intensity of the GDP by 45 per cent. Notably, the fresh targets are a level more than India’s previous Intended Nationally Determined Contributions (INDCs), wherein it had committed to reduce the emissions intensity of its GDP by 33-35 per cent from 2005 levels and achieve about 40 per cent electric power capacity from non-fossil fuels by 2030. India’s climate action commitments will require significant investments in renewable energy, energy storage, electric vehicles (EVs) and green hydrogen. Power Line presents views of industry experts on the development…

What is your perspective on renewables and net-zero emissions targets announced by India at COP26? What strategies are required to meet the commitments?

There has been a fairly involved and en­ga­ged debate on whether India should formally announce a net zero target date. There have been hopes or expectations of an early date for a net zero India, as by then pretty much all the existing coal capacity would have well exceeded its retirement age, and, practically speaking, no new coal capacity is financeable now. Looking at the escalating energy demand (by any account, even with all efficiency thrown in, we wo­uld have at least twice the energy dema­nd by 2047) and the asks of a secure energy system, there are obvious challenges in going net zero early. However, two aspe­cts need consideration here. First, the power of signalling. A net zero date provides clear directional signals about the energy transition. Second, a reminder that when the world was falling in line with this key climate goal, it would have served India poorly to stay out and be the bogeyman. Hence, all considered, net zero 2070 for India strikes a fair balance.

The announcement by the prime minister at the COP26 summit on reducing em­issions to 50 per cent by 2030 and achieving carbon neutrality by 2070 reiterates the government’s commitment for promoting renewable energy. The target to increase the non-fossil power capacity to 500 GW by 2030 from the current level of around 150 GW (renewables plus large hydro) would further strengthen invest­me­nt prospects in renewables.

The renewable energy segment has witnessed large-scale investments over the past few years, led by a strong policy push by the government, in turn, increasing the installed renewables capacity to 102 GW, as of September 2021, from 43 GW in March 2016. As a result, the share of rene­wable energy in the overall power generation capacity increased to 26.1 per cent from 14.2 per cent  in the respective periods. Apart from the demand for rene­wable power from state distribution utilities driven by renewable purchase obligations (RPOs), the commercial and industrial seg­ments, which account for close to 50 per cent of the electricity demand, are setting clean energy procurement targets to achieve their sustainability goals. Seve­ral corporates in India have voluntarily set up targets to move to 100 per cent renewable energy.

To achieve the capacity targets announc­ed by the prime minister, the scale of an­nual capacity addition would have to see a multifold increase from the current level of 8-12 GW seen over the past few ye­a­rs. The capacity addition is expected to be driven by solar and followed by wind and hydropower. This would entail investments of over $300 billion over the next eight-nine years. This apart, investments would be required for augmenting transmission infrastructure to integrate renewable power with the electricity grid as well as  for creating storage infrastructure. Thus, availability of adequate funding avenues, including from developed countries, remains critical to achieve the­se capacity targets. Moreover, the availability of funding at cost-competitive ra­tes is important to sustain the tariff competitiveness offered by wind and solar power projects.

So far, Indian developers have been largely reliant on global private equity, pension funds and sovereign funds for equity funding, and on domestic banks and fi­nancial institutions for debt funding during the under-construction phase. Post commissioning and demonstration of operations, the debt funding is being refinanced through a mix of bank loans, do­mestic bonds and international bonds. This apart, the emerging avenue for fun­ding include infrastructure investment trusts (InvITs) to unlock value from operational assets. A buoyant domestic green bond market in India would enable availability of cost-competitive capital for the development of renewable energy markets. However, challenges remain in the form of minimum rating requirements for investment by insurance and pension funds as well as the lack of liquidity in the bond market.

Also, the renewable energy sector continues to face challenges such as execution bottlenecks in the form of delays in payment by state distribution utilities, land acquisition, setting up evacuation in­frastructure, and signing of power pur­chase agreements. Ensu­ring ease of land acquisition by identifying suitable land parcels for renewable energy projects ac­ross states and the development of re­ne­wable energy parks remain importa­nt. Further, the central transmission utility along with state utilities must plan and augment transmission infrastructure in a timely manner, to enable the evacuation of power from renewable-rich states in southern and western regions to other regions.

The distribution segment has been the weakest link in the power sector value chain, with state distribution utilities re­ly­ing on the central and state governme­nts to bail them out every four-five years.  Achieving a turnaround in the distribution segment remains key to attaining the capacity targets announced by the government. This would require im­prove­me­nt in operational efficiency and allowing timely pass-through of cost variations th­rough tariffs to consumers. The timely implementation of the recently announ­ced “reforms-based and resul­ts-linked” scheme for reducing AT&C losses by discoms, the use of solar power for supply to agricultural feeders and di­rect benefit transfer (DBT) for subsidy payments would be the right steps in this direction.

Last but not least, the solar power sector has largely been reliant on equipment imports, mainly for modules and inverters, owing to the lack of adequate domestic capacity of required quality and cost competitiveness offered by imports. This exposes the sector to variation in interna­ti­onal prices and supply chain challenges. Given the massive capacity addition envisaged in the solar power segme­nt, augmentation of domestic manu­facturing capabilities for modules remai­ns very important. In line with this objective, the government has notified the Production-linked incentive (PLI) sche­me with a financial outlay of Rs 45 billion for promoting domestic manufacturing of high efficiency solar modules with full backward integration and promulgate the ALMM list comprising only India-based manufacturers. The PLI scheme received an overwhelming response and three bidders have been selected to set up over 10 GW fully backward integrated module manufacturing capacity. Given the large interest from potential manufacturers, the government is in the pro­cess of augmenting the outlay for the so­lar module PLI scheme to Rs 240 billion, which can further enhance domestic manufacturing capabilities. The timely implementation of capacities by winning developers remains important for im­pro­ving self-sufficiency of solar modules and would go a long way in meeting the renewable energy capacity targets an­nounced by the government.

The target to achieve net zero emissions by 2070 is a prudent assessment of grou­nd realities while staying committed to a meaningful climate goal. India is one of the few countries that has been on track to achieve the INDCs committed during COP15 in Paris. The announcement of near-term goals such as the increase in non-fossil energy capacity, fulfilling half of the national energy requirement th­rou­gh renewable sources by 2030, a re­d­uction of 1 billion tonnes of carbon emissions from the total projected emissions by 2030 and a reduction in carbon intensity by 45 per cent are all feasible goals. Developed countries must also fulfill their promises and back this transition through provision of finance.

It is a welcome step and reaffirmation of the direction already set out by the prime minister. Historically, India’s per capita emissions have been low, and given its status as a developing country, it is fair for it to set the net zero target for 2070. At the same time, seeing the pace of innovation for emerging technologies such as renewables, energy storage, EVs and green hydrogen and with the expected global dema­nd helping in manufacturing scale-up, I do expect that India could achieve the targets before the government’s intended deadline. This is a decade for these eme­rging technologies and a great opportunity for wealth creation. It is great to have a target and vision for 2030 and 2070 but to ensure that we can use this transition for accelerating do­mestic ca­pacity building, we need a systematic road­map that will encourage early adop­ters and allow the Indian in­dustry to tap into the global supply cha­in. The recent push by the government for Atmanirbhar Bharat and the PLI scheme for EVs and advanced chemistry cell batteries is a welcome step. We need to focus on skill development and ensure that India be­comes a global hub for R&D, manu­fac­turing and the adoption of emerging technologies. 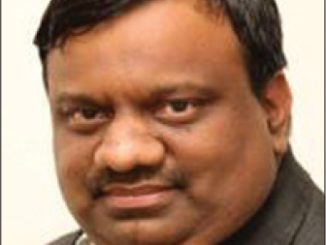 September 20, 2021
Electricity demand in India has turned buoyant in the current fiscal with the recovery in economic activity post the second wave of Covid-19, as well as a favourable base effect. Demand increased by 13 per cent in the first half of 2021-22 over the corresponding period of the previous year, and is likely to end the year with a year-on-year growth of 8-8.5 per cent. [...]
More 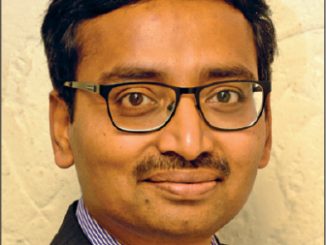 Efforts to Decarbonise
Changing the status quo in energy systems

September 22, 2021
In 2015, the United Nations General Assembly set 17 Sustainable Deve­lop­ment Goals (SDGs) intended to be achieved by the year 2030. A sh­ort six years on, we are at an inflection point where some of the goals laid down stand seriously challen­ged. Most of the goals are deeply in­terlinked. Slipping on one often leads to losing ground on others. [...]
More 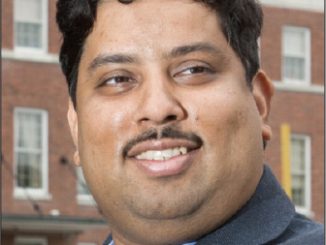 What Lies Ahead
A decade of energy storage and tremendous opportunity

September 20, 2021
Every year, September 22 is observ­ed as World Energy Storage Day globally. Over the years, energy sto­rage has been deemed as the Holy Grail for reducing greenhouse gas emissions as we rally towards electrifying vehicles and decarbonising our energy grid. In fact, energy sto­rage is increasingly being recogni­sed as a diverse asset class of diff­er­­ent technologies and applicatio­ns. [...]
More