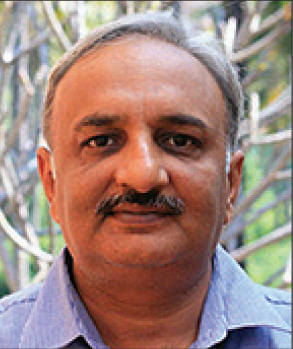 Abhishek Nath is a well-known energy efficiency and renewable energy professional with about 25 years of experience in areas such as industrial energy efficiency, energy access and climate change. He is currently sector head, energy and power, at the Centre for Study of Science, Technology and Policy (CSTEP). Before joining CSTEP, he worked as chief manager, Haldia Energy Limited. He has also worked at the United Nations Indus­trial Development Organization, the Wo­rld Wide Fund for Nature-India, the Bure­au of Energy Efficiency, and The Energy and Resources Institute.

According to Nath, India’s power system has undergone a massive trans­for­ma­tion owing to major reforms by the central and state governments. He notes that the pandemic has reinforced the need for decarbonised, decentralised and digitalised utilities. This will equip utilities to deal with the evolving frontiers at both the demand (new loads, electric vehicles and cooling) and supply (higher renewa­ble energy integration, technology disruptions) sides.

In the context of India’s co­­mmitments at the COP26 climate summit, he says that proactive planning and careful execution can help India become carbon-neutral. This will require a better alignment of policies at the central and state levels, and the development of state-wise action plans for effective policy implementation. “One of the biggest challenges facing the sector is the inefficiency of the distribution segment,” Nath says. “Deterio­ra­ting financial health, high AT&C losses and inadequate infrastructure are some of the known issues. Even after two decades of reforms, the segment is still in the doldrums.”

One of Nath’s most memorable assi­gnments was his involvement in the development of the renewable energy transition roadmap for a sta­te gen­co. This was the ti­me when the country’s rene­wable targets were revised to 450 GW by 2030 (now scaled up to 500 GW by 2030), and it op­en­ed up huge opportunities.

At the beginning of his career, Nath worked mostly in the energy efficiency domain. Later, he moved to renewables and then gradually to mainstream pow­er. His main attraction to get into the energy se­ctor was the ability to make an impact at scale. A materials and metallu­rgical engineer from IIT Kanpur, Nath also has a master’s in industrial engineering from IIT Delhi. He is an avid traveller and birdwatcher, and wishes to some day compile his travel photo­gra­phs, especially the wildlife ones.