Smart meter implementation has been a major focus, for discoms and policymakers in recent years, as a means of addressing the issue of commercial losses. One of the most im­portant government programmes for the installation of smart meters is the Smart Metering National Programme (SMNP). The SMNP, which is being conducted by Energy Efficiency Services Limited (EESL), aims to replace 250 million conventional meters with smarter versions. It is estimated that the country can save around Rs 8,700 billion by in­vesting Rs 1,000 billion in replacing 250 million conventional meters from 2021 to 2031. Without smart meters, cumulative commercial losses are expected to exceed Rs 11 trillion by 2031-32.

Power Line presents a quick round-up of the smart metering scenario in the co­untry and the key programmes driving their installation….

As per the SMNP dashboard, accessed in February 2022, around 1.57 million smart meters have been installed under the scheme and as a result, average discom revenues have increased by 20.5 per cent, amounting to an increase of Rs 301 per month per meter.

In terms of the impact of the prog­ra­mme, aggregate technical and commercial (AT&C) losses have decreased by 11-36 per cent on an average. Billing efficiency has improved by 21 per cent and the total revenue has increased by Rs 2.64 billion per annum for about 1.1 million meters. Seeing the success of smart metering, several states such as Assam, Tripura, Jharkhand, Madhya Pradesh, Tamil Nadu, Punjab, Jammu & Kashmir, Gujarat and Karnataka have shown interest in smart metering and the contours are being worked out.

EESL, along with the National Invest­ment and Infrastructure Fund, has for­m­ed a joint venture company called In­telli­Smart Infrastructure Private Limi­ted. Set up in 2019, IntelliSmart aims to replicate EESL’s success with the same build-own-operate-transfer model, in order to improve operational efficiencies of discoms, revenue management, billing efficiency and consumer satisfaction. The entire capex and opex is fun­ded by the developer, with no additional burden on the discom. This is recovered from the discom over the project period as lease rental on a monthly basis. This model adopts the pay-as-you-save app­roach. Recently, in November 2021, IntelliSmart was awarded a Rs 5 billion contract from the Assam government to install about 620,000 smart meters across nine circles of the state.

Launched in 2015, the National Smart Grid Mission (NSGM) aims to support the development of smart grid projects in the country. Advanced metering in­fra­structure is a key component of projects under the NSGM. Currently, three smart grid projects have been sanctioned under this programme and are at various stages of development. These inclu­de projects to be developed in Subdivi­sion-5 of Ch­an­digarh (under the Chan­digarh Elect­ri­city Division [CED]); in the entire city of Chandigarh, excluding Subdivi­sion-5 (under CED); and in six towns under Jaipur Vidyut Vitran Nigam Limi­ted (JVVNL). These projects entail an in­vestment of Rs 2.47 billion. As of Jan­uary 2022, a total of 106,671 smart me­ters have been installed under these projects, including 19,025 smart meters by CED in Subdivision-5 and 87,646 smart meters by JVVNL.

The central government has approved the Revamped Distribution Sector Sche­me (RDSS) with an outlay of Rs 3,037.58 billion and gross budgetary support of Rs 976.31 billion from the government over a period of five years from financial year 2021-22 to financial year 2025-26. The scheme aims to reduce pan-India AT&C losses to 12-15 per cent and the average cost of supply-average revenue realised gap to zero by 2024-25.

A key feature of the scheme is to enable consumer empowerment by way of prepaid smart metering, to be implemented in the opex mode. Overall, 250 million smart meters have been planned to be installed during the scheme period. Priority will be given to installing prepaid smart meters in mission mode in the first phase in all electricity divisions of 500 Atal Mission for Rejuvenation and Urban Transformation cities with AT&C losses greater than 15 per cent, all union territories (UTs), micro, small and medium enterprises and all other industrial and commercial consumers, all government offices at the block level and above and other areas with high losses. App­ro­xi­mately 100 million prepaid smart meters are proposed to be installed by December 2023 in the first phase.

Mean­while, agricultural connections will be covered through feeder meters, while system metering with communication features at the feeder and distribution transformer levels simultaneously, in the public-private partnership mode, has also been proposed to enable energy ac­c­ounting, leading to better planning for loss reduction by discoms. 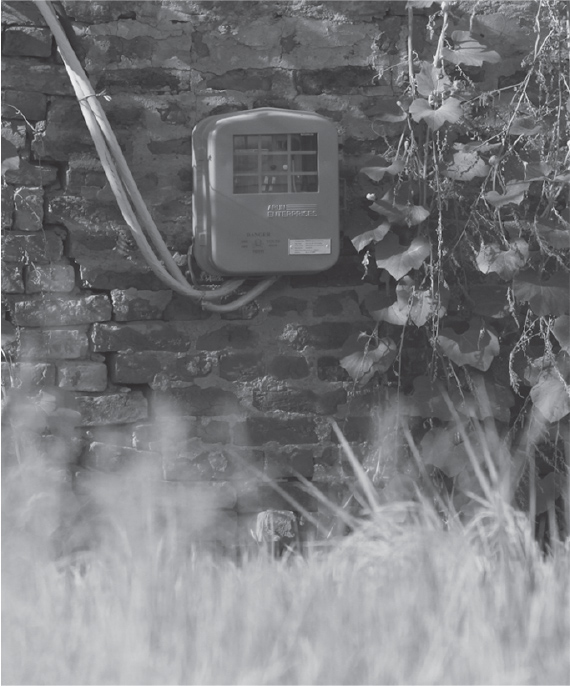 Smart meters have the ability to improve discoms’ financial and operational efficiency, while also enhancing customer satisfaction. Furthermore, these are necessary for implementing demand-side ma­nagement and providing time-of-day metering, as well as assisting in the ma­naging of peak load and intermittent re­ne­wable energy sources. However, one of the biggest challenges with smart me­ter adoption is that all associated operations, from meter reading to billing and payment, must be automated. These procedures are now run on various platforms by utilities, making it difficult to integrate them all together on a single common platform. With the correct technologies, these challenges can be overcome. Other obstacles in the smart meter roll-out include cybersecurity, component shortages owing to the Co­vid impact on meter supply, etc. In­ter­operability, legacy billing system integration and personnel training are challenges that need to be addressed in the near future. The enhanced focus on prepaid smart metering under the RDSS is expected to push discoms to turn over a new leaf and work towards smart metering on a mission mode.