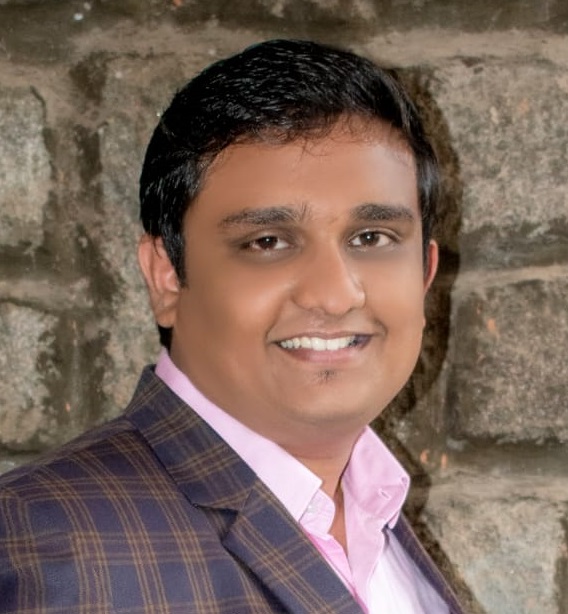 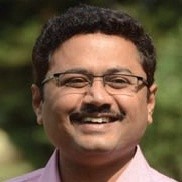 Accept it or not, climate change is evident and we have significantly less time to reverse it. Any further delay would turn the situation beyond our control. We have just seven years before our carbon budget depletes, the resultant global climate impacts would be very high and difficult to manage. Electric mobility is one of the few tools available to us to act. India is one of the 50 countries that have started acting upon the mass deployment of electric vehicles (EVs) at the institutional level by notifying policies. While policy formulation is vital and is a step in the right direction, it needs to evolve continuously to be adopted by the public and create an impact on the ground.

So far, over a dozen states in India have announced their own EV policies and are actively trying to play their role in the EV movement. One thing is evident that almost the entire population of the country is aware about EVs and knows their importance in combating climate change. People are also aware of cost economics and benefits of EVs vis-a-vis ICE vehicles. However, the penetration of EVs is still low. This paper attempts to understand the public perception regarding the adoption of EVs and the reasons behind the same.

We firmly believe that adopting a cleaner mode of private transport is the right step forward and should be taken at the individual level. However, due to issues such as higher capital costs, range anxiety, and uncertainty in insurance and warranty terms, onus will be on the government to address at least some concerns. To further understand public perception, 76 per cent of the North Indian population, with a majority from the NCR, is interested in EVs. Of this, 56 per cent wants to buy EVs after five years. The interesting aspect is that out of the 56 per cent who responded with “EVs after five years”, at least 50 per cent have CNG cars. In Southern states with significantly less CNG penetration, 88 per cent of the respondents showed interest in EVs. Out of this, 33 per cent expressed interest in buying the vehicle immediately, whereas 55 per cent indicated taking the purchase decision after five years. In Western and Eastern states, the population interested in EVs is similar to that across India at 72 per cent and 77 per cent, respectively.

The survey captured the occupation of respondents under three categories – engineer, management and others, which included lawyers, doctors, authors, content creators, etc. The management category comprises domains such as strategic management, finance, marketing and policy advocacy. Capturing occupations is essential to understand the acceptance of the technology and economics around the intervention. Of the respondents, citizens involved in occupations related to human resources, finance, marketing, policy advocacy on sustainability, climate change, fin-tech, edu-tech, etc. form 57 per cent, and 36 per cent of the respondents are currently working in core engineering and conventional IT roles. 7 per cent of the respondents make up people working as lawyers, doctors, authors, content creators, etc. This assessment now leads to the question – what needs to be done to minimise the “after five years” approach.

Another survey was undertaken to understand what drives an average consumer to buy an EV. Titled “Banking on Electric Vehicles in India”, the report was co-authored by NITI Aayog and the Rocky Mountain Institute (India). It suggests that priority sector lending can help unlock the EV financing market of Rs 40,000 crore by 2025 and achieve the COP26 targets. In addition, the report indicates electric two-wheelers, three-wheelers, and commercial vehicles as early segments to prioritise. This report helped me understand the perception regarding four wheeler private passenger vehicles on getting discounted car loans. 721 responses were received in the third and fourth weeks of January on LinkedIn and Twitter. After validation, 587 responses were identified as individual responses. 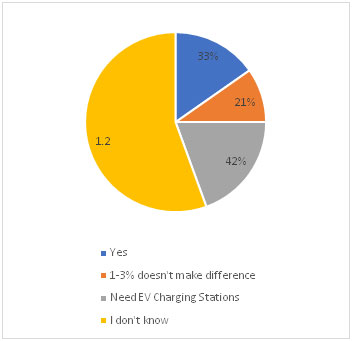 The question posed for the survey is, “Would lesser interest rates (1-3 per cent) on EVs make you buy an EV” with options – “Yes”, “1-3 per cent doesn’t make a difference”, “Need EV charging stations”, and “I don’t know”. Of the respondents, only a third said “yes” while 42 per cent said that more than interest rates, their purchase decision depends on addressing range anxiety issues, that is, “Need EV charging stations”. Of the remaining 25 per cent, 21 per cent said a 1-3 per cent reduction in interest rates doesn’t make any difference, and 4 per cent weren’t sure.

I own a petrol passenger car which I purchased in May 2021. I had the option of buying a Nexon EV. But the upfront capital cost and range anxiety issues were the primary deterrents. After almost 10 months of driving over 15,000 km and carefully recording the cost of fuel burnt, I have realised that I have spent around Rs 1.10 lakh in mainly travelling to Nagpur and Goa apart from driving around Hyderabad. Although I could have saved significantly if I had bought a Nexon EV, I wouldn’t have been able to travel 15,000 km as I couldn’t have managed to charge my vehicle adequately.

In my view, more than any attempts to reduce the capital cost of EVs, range anxiety issues need to be addressed first. With companies such as Fortum, Magenta and Tata dealer located EV charging stations, range anxiety issues for urban driving are sorted. However the idea floated by the Department of Heavy Industries of having EV charging stations every 25 km needs to be implemented. In addition, public sector oil manufacturing companies should be encouraged to invest in EVCS at their existing outlets. Independent financial models suggest that returns of around 20 per cent can be made with the current tariff charged by commercial charge point operators.