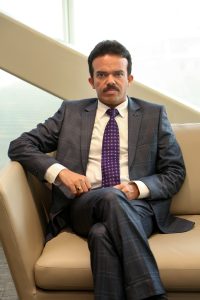 The Ministry of Power, Govt. of India has recently launched a reforms-based and results-linked Revamped Distribution Sector Scheme (RDSS). REC and PFC have been nominated as nodal agencies for facilitating implementation of the Scheme. Given the massive losses suffered by power distribution companies (DISCOMs) as a result of power theft, AT&C losses, meter tampering, inaccurate billing, etc. RDSS offers a lifeline to help turn around the fortunes of DISCOMs in a bid to establish a robust, reliable and resilient power sector.

A key component and parameter of success of the Scheme would be the total number of prepaid smart meters that will be installed pan-India. The Centre has set an ambitious target of installing 250 million smart meters by 2025. Considering the magnitude of the task, it is clear that the only way to accomplish this feat would be by driving wide-scale adoption across the nation.

What are smart meters you may ask? Smart meters are devices that measure the real-time electricity consumption and relay information directly to a power supplier over the network. It also shows readings and, in many cases, the calculated cost of energy. Within an integrated and more complex energy management system, a smart meter becomes a major source of data for monitoring power consumption, reliability and managing energy storage.
From a consumer’s standpoint, prepaid smart meters obviate the need for monthly readings; generate error-free bills and impart transparency with respect to energy usage which was previously inadequate. But wait, there’s more. Households will now be able to track their electricity consumption in real-time and identify points of power wastage thereby providing additional control on their spending while inducing a habit of sustainable and more judicious usage.

Perhaps India should glean knowledge from countries that have undertaken successful deployment of smart metering programs. One such case in point is of Sweden. The Scandinavian nation has a very high consumption of electricity compared to other European countries owing to its long and cold winters coupled with the deep penetration of electrical heating and heat pumps.

Prior to the nationwide smart metering drive in Sweden, criticism was rife regarding inaccurate bills as well as long settlement periods which resulted in a large invoice at once. Smart meters ameliorated the situation by eliminating the inaccuracies and facilitating monthly billing which alleviated the financial burden due to large invoices on the lower income groups.

In addition, the deployment of smart meters did raise the awareness of energy consumption among the Swedes while also priming the consumers to inculcate a more prudent and responsible behavior.

Now let’s cite a few examples which are closer to home. A substantial amount of smart metering works have been undertaken in Indore which has reaped multiple benefits for DISCOMs and the consumers. The benefits range from identifying theft cases and reduction in AT&C losses due to improved billing and collection efficiency to timely determination of defective meters which was not previously possible through manual reading. But perhaps the most significant change that was witnessed was a near 95% reduction in cases of bill correction, a staggering figure which demonstrates the efficacy of prepaid smart meters.

Another successful model of smart metering programs has been seen in Bihar. As the Covid-19 pandemic ravaged the country, prepaid smart meters proved to be a boon for households and the electricity suppliers. With the lockdown imposed countrywide and the Government mandating adherence to Covid safety protocols such as social distancing, physical billing and collection activities became prohibited. Prepaid smart meters allowed for timely billing by DISCOMs to continue while also offering the consumers the convenience of topping-up their meters remotely through various online modes.

Taking into consideration the versatility of prepaid smart meters, the real challenge seems to lie in ensuring widespread acceptance and large-scale implementation while striving to emulate the success of the aforementioned instances. These are exciting times for the energy sector in India as it is undergoing an accelerated transformation by virtue of technological advancement and a diversifying energy landscape. As India aspires to be a $5 trillion economy by 2024, the power sector is well poised to help the nation become a leading economic power in the world while paving the way for a ‘smarter’ generation.